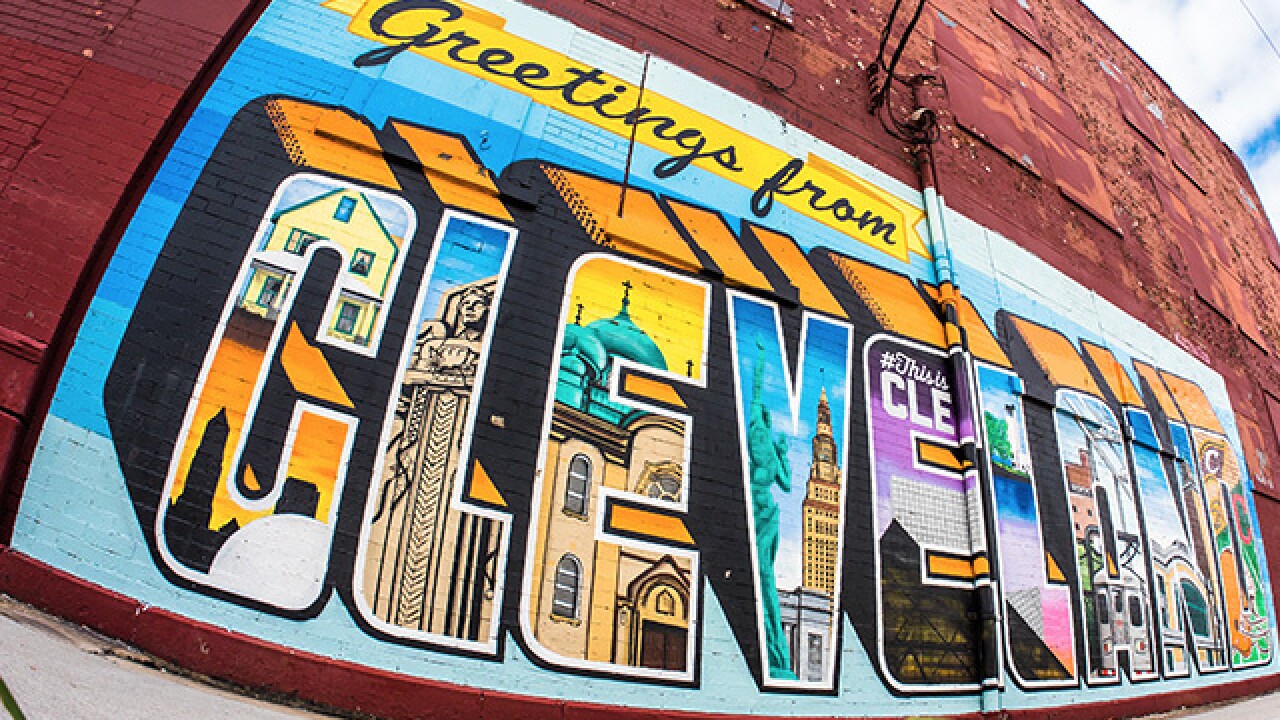 Copyright 2018 Scripps Media, Inc. All rights reserved. This material may not be published, broadcast, rewritten, or redistributed.
Alexander Farmer
<p>Greetings from Cleveland mural located off W. 25th Street in Ohio.</p>

It's almost always a guarantee that visitors who touch down in Cleveland will fall in love with the city's unassuming charm, laid-back vibes and the surprising places, both new and old, to keep one occupied on a short or long visit to this gem on the lake.

That's what happened when Los Angeles Times travel writer Christopher Reynolds visited Cleveland for a trip to write an article about Severance Hall, set to come out at the end of November.

In between interviews, he ran across some noteworthy distractions along the way—from the West Side Market to the Flats East Bank.

In an article he published on Friday about his visit to one of America's Rust Belt underdogs, he put together a list and a video guide for Cleveland rookies like himself and other curious travelers who are thinking about stopping by the place we call home.

Mentioned in the list is Terminal Tower, Willard Park, the Cleveland Museum of Art, among many others that can be found here.

But he also points out the changes that happened in recent years—from the transformation of the former Cleveland Trust Company Building into a grocery store that people stop in just for its beauty to how the Cuyahoga River, which was once was a place for fires is now a haven for kayakers and rowers.

Whether you're a recent transplant to Cleveland or a long-time resident, there's always something to do and discover.