Michelle Obama is bringing her book tour to Cleveland in 2019 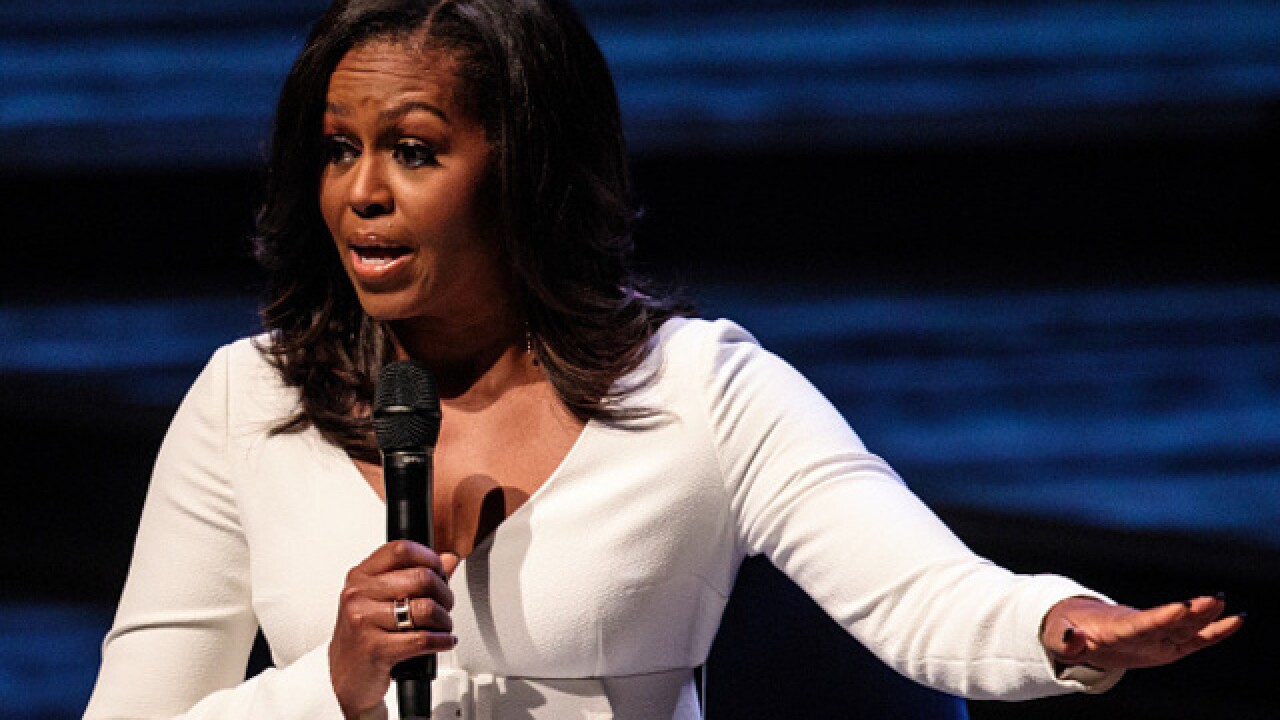 Image copyright 2018 Getty Images. All rights reserved. This material may not be published, broadcast, rewritten, or redistributed.
Jack Taylor
<p>LONDON, ENGLAND - DECEMBER 03: Former U.S. First Lady Michelle Obama speaks at The Royal Festival Hall on December 03, 2018 in London, England. The former First Lady's memoir titled 'Becoming' has become the best selling book in the US for 2018 according to figures released by her publisher Penguin Random House. (Photo by Jack Taylor/Getty Images)</p>

Former first lady Michelle Obama announced Tuesday that she is adding another round of stops on her "I Am Becoming" book tour.

Obama will make a stop in Cleveland on Saturday, March 16 at KeyBank State Theater. The former first lady will talk about personal setbacks and triumphs while telling the story about her journey to the White House.

I’m having so much fun with all of you on my #IAmBecoming tour that I decided to do one final round of events to see folks in some cities we missed! These conversations have been so meaningful for me, and I hope they’ve been meaningful for you all, too. Can’t wait to see even more of you in 2019!

Her hardcover, e-book and audio sales in the U.S. have topped two million copies in the first 15 days of its release, according to the Associated Press.