What to know: Women's Marches kick off Saturday in Cleveland and Akron 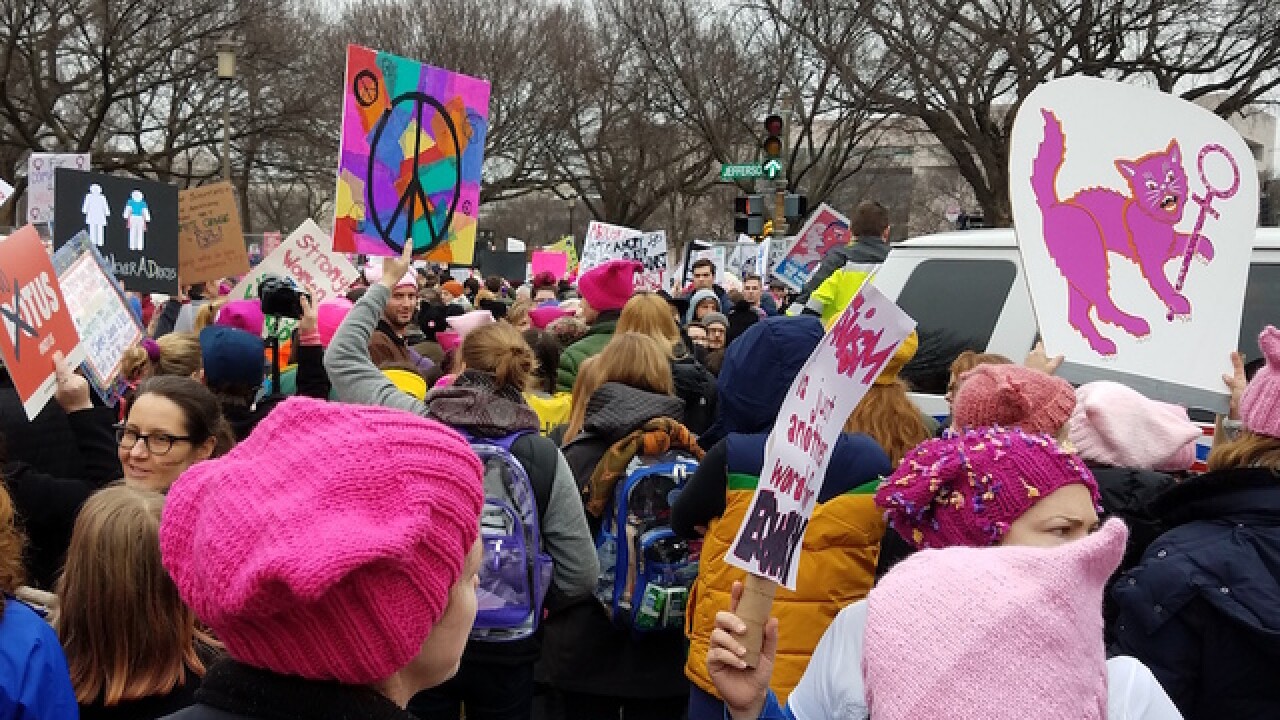 Copyright 2017 Scripps Media, Inc. All rights reserved. This material may not be published, broadcast, rewritten, or redistributed.
Vik Narayan
Protestors gather for a march in support of women's rights on Jan. 21, 2017 in Washington, D.C.

CLEVELAND — Two women's marches in Northeast Ohio, one in Cleveland and the second in Akron, will kick off on Saturday, rain or shine.

The 4th Annual Women’s March in Cleveland will kick off at the steps of Cleveland City Hall on Saturday, Jan. 18.

Attendees are invited to meet at City Hall, 601 Lakeside Avenue, for speeches before the march kicks off at noon.

Organizers said issues that will be discussed range from rights to education and sexism to racism and equal pay.

Councilman Joe Jones and Matt Zone are expected to speak at the march.

The Akron Women's March is hosting a march at Grace Park in Akron on Saturday, Jan. 18, from 10 a.m. to 4 p.m. Marchers will meet at Grace Park and March to the Sojourner Truth Building for a rendition of the "herstoric" "Ain't I a Woman" speech.

Organizers said the focus for this year's march is "women rising."

Speeches will be given around these areas of focus:

There will be an after party at Musica, an all-female run business, from 11 a.m. to 4 p.m. There will be music, comedy and visual art.