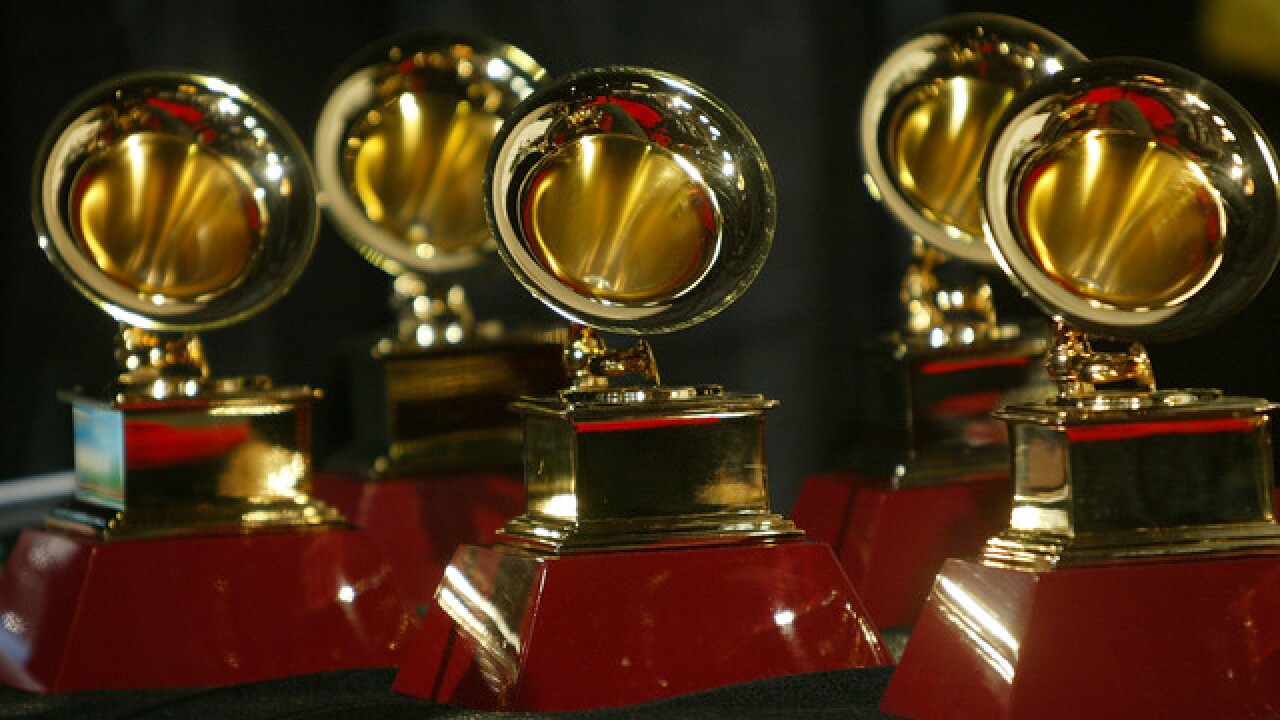 Copyright Getty Images
Frederick M. Brown
<p><b>60th GRAMMY AWARDS</b> (Jan. 28) — What will be crowned the best in music from the past year? Ed Sheeran, Kendrick Lamar, Harry Styles and Lorde are all expected to duke it out for honors at the annual ceremony in Los Angeles. Fallen music icons like Tom Petty, Chuck Berry, Fats Domino and Glen Campbell are sure to be honored.</p>

Nominations for the 61st Grammy Awards were announced Friday and one of the nominees was brought to tears live on television.

Singer Janelle Monáe -- along with Alessia Cara and Shawn Mendes -- announced some the nominees on "CBS This Morning." Monáe became emotional when her "Dirty Computer" was announced for album of the year.

She said she was moved because the project is "about community," especially the LGBT community of which she is a part.

Fans of H.E.R., the singer/musician who wears sunglasses and guards her privacy to keep the focus on her music, had plenty to celebrate with her multiple nominations.

She scored nods for best R&B album, album of the year and best new artist.

Female artists dominated top categories this year. Seemingly in an effort to address a historic lack of diversity among its previous nominees, the Grammys expanded the major categories of album of the year, record of the year, song of the year and best new artist from five nominees to eight.

There was controversy early on when rapper Cardi B and rapper/singer Post Malone were deemed ineligible for the best new artist category.

But the pair did well anyway.

Malone's "Beerbongs & Bentleys" is up album of the year, as is Cardi B's "Invasion of Privacy."

Her hit "I Like It" is also up for record of the year.

Here's a list of some of the Grammy nominees. The complete list of more than 80 categories can be found on Grammys.com.

Album of the year

"By the Way, I Forgive You," Brandi Carlile

Record of the year

"This is America," Childish Gambino

"All The Stars," Kendrick Lamar and SZA

Song of the year

"This Is America," Donald Glover and Ludwig Göransson

This year the Grammy Awards ceremony is slated for February 10.