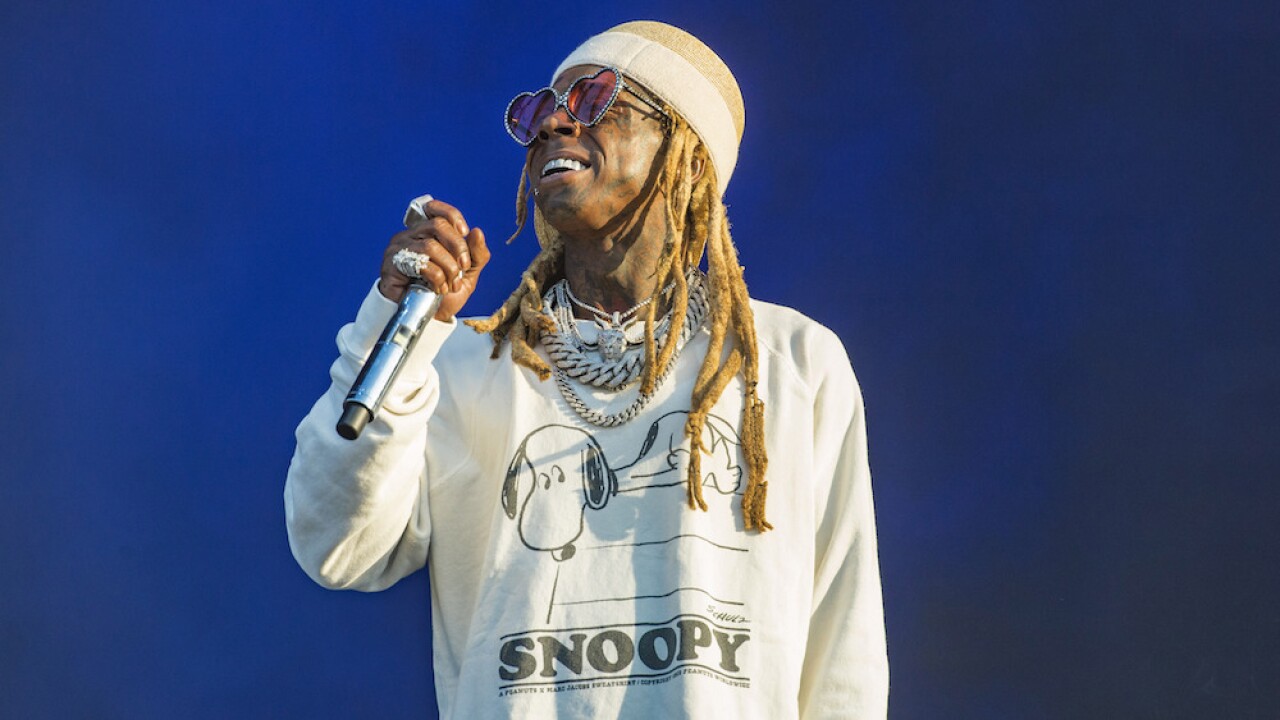 ST. PETERSBURG, Fla. — Rapper Lil Wayne has been charged with possession of a firearm by a convicted felon, an offense that carries a potential sentence of up to 10 years in prison.

Documents filed Tuesday in Miami federal court say the rapper, whose real name is Dwayne Michael Carter Jr., had a gun and ammunition on Dec. 23 of last year despite knowing he had the previous felony.

Authorities say Carter acknowledged owning the gold-plated handgun after his luggage was searched upon arriving in Miami on a private plane.

"Carter is charged with possessing a gold-plated handgun in his luggage on a private plane," Howard Srebnick, a lawyer for Lil Wayne, said in a statement. "There is no allegation that he ever fired it, brandished it, used it or threatened to use it. There is no allegation that he is a dangerous person. The charge is that because he was convicted of a felony in the past, he is prohibited from possessing a firearm."

Carter's previous conviction came in 2009 when he pleaded guilty to a 2007 charge of illegal possession of a loaded weapon in New York. He served time in jail in 2010 in connection with his conviction.