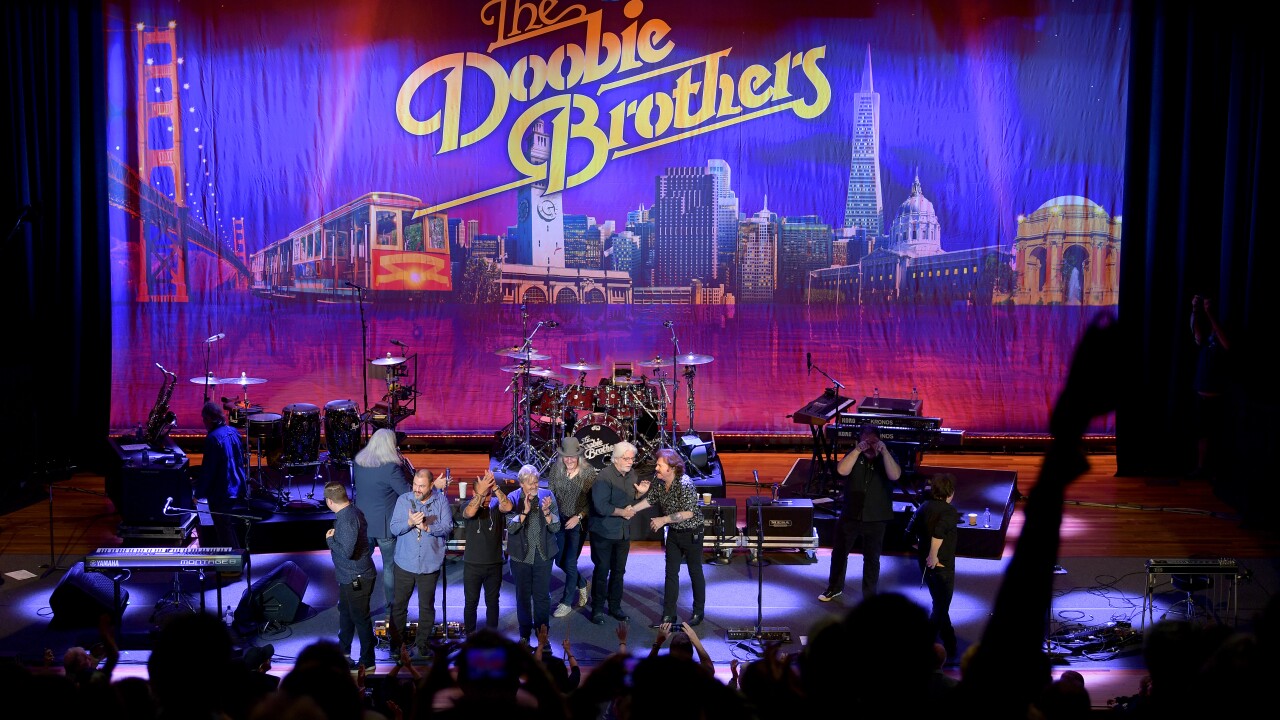 CUYAHOGA FALLS, Ohio — Rock and Roll Hall of Fame nominee The Doobie Brothers are uniting with former frontman Michael McDonald for a 2020 North American tour celebrating the band’s 50th anniversary, with a stop at Blossom Music Center in Cuyahoga Falls.

Fans can see The Doobie Brothers on July 22, 2020 at Blossom Music Center.

Rolling Stone Magazine reports singer-guitarists Tom Johnston and Patrick Simmons, singer-keyboardist McDonald, and multi-instrumentalist John McFee will tour together for the first time in 25 years, kicking off the tour in June in West Palm Beach.

Tickets for the tour go on sale to the general public starting Friday, Dec. 6 at 10 a.m. local time, through Live Nation. Fans can buy tickets here.

“We’re truly excited about our 50th Anniversary Tour, as it’s a celebration of the band’s entire history,” Johnston said in a statement to Rolling Stone. “We’ll be performing songs from our full catalog, as well as new music.”

The Doobie Brothers joined a list of Rock and Roll Hall of Fame nominees for the 2020 class. The Class of 2020 will be inducted in Cleveland next spring as the Rock Hall begins its every other year rotation of hosting the induction ceremony which in 2018 generated an estimated $36.5 million to the Cleveland economy. 2020 will also mark the 25th Anniversary of the iconic Rock Hall itself.

RELATED: Nominees for the 2020 Rock and Roll Hall of Fame induction class announced