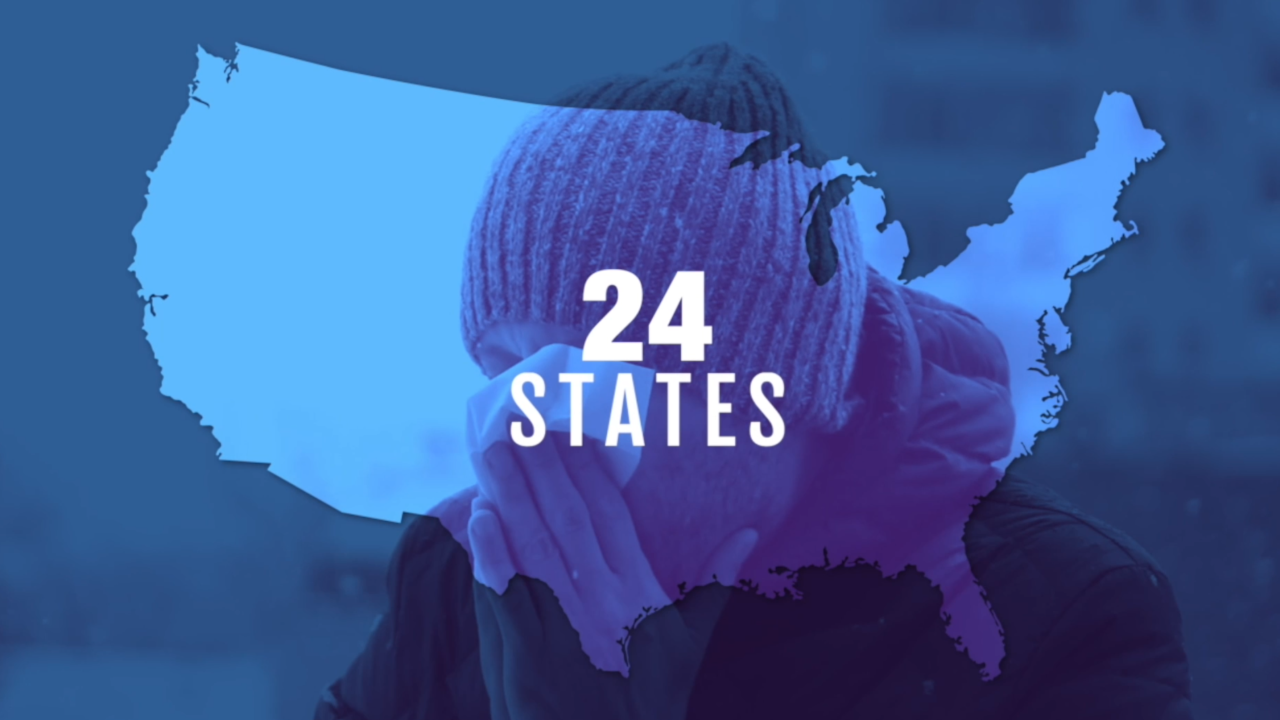 Peak flu season is starting now, and doctors say to get ready for a potentially extended season.

This year’s flu season has been rough, with the CDC reporting the flu is widespread in 24 states, with 19 states reporting high levels of flu activity. That's more than double the activity of the previous week.

A total of 13 children have died so far this flu season.

Doctors say it could get worse.

“Flu activity has taken off our projection is that it's going to continue to increase, probably for the next few months,” says Dr. Andrew Walshak with Presbyterian/ St. Luke’s Medical Center.

Dr. Walshak says he expects to see more flu cases around the country.

“The graph of flu activity in our hospital is just increasing,” he explains. “It's just a slow upward, so we're only at the beginning of flu season right now.”

Everyone is at risk: your family, friends, neighbors and co-workers.

“It can really affect the lungs and affect our ability to get oxygen in our bodies, and that's what primarily the fatalities have been caused by his severe breathing problems,” he says.

Dr. Walshak says it's not too late to get the flu shot. Vaccines protect against multiple flu strains.

“So, just because one strain of flu is circulating in the community doesn't mean that another strain of flu won't circulate later in the flu season,” Dr. Walshak says. “So, I tell patients it's never too late to get your flu shot.”