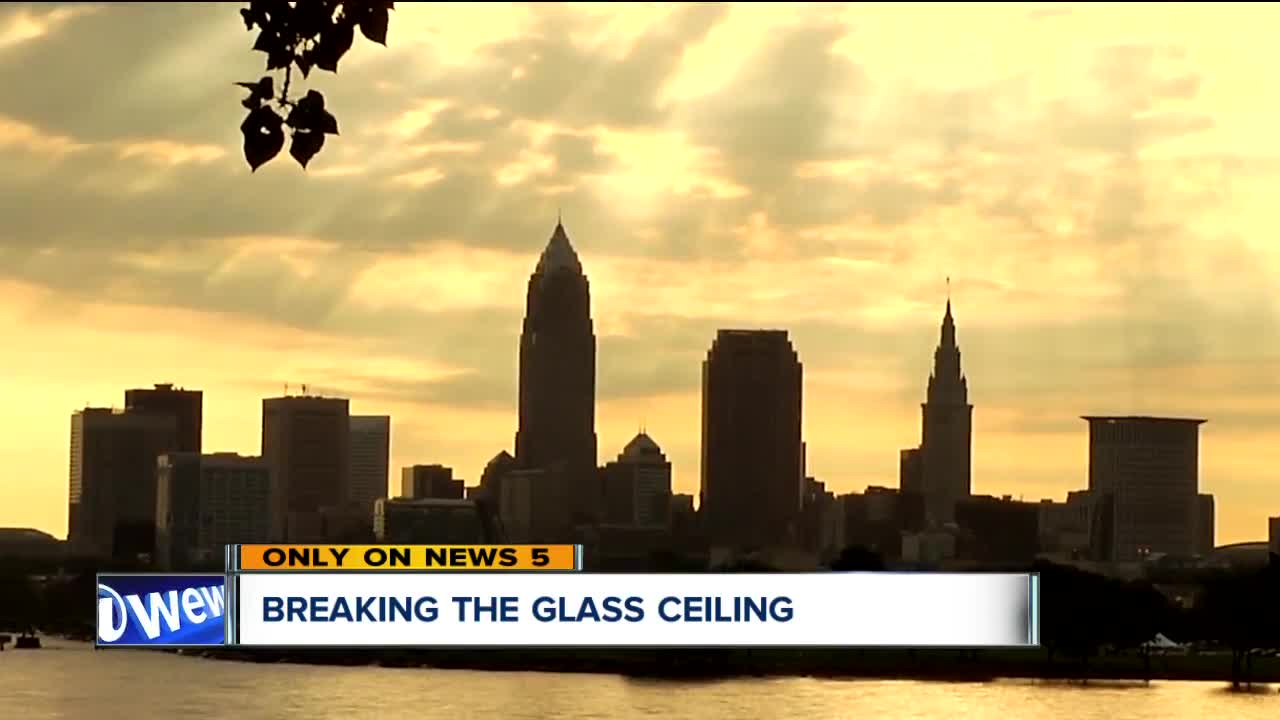 For the fifth year in a row, AIA-Cleveland hosted its Women in Architecture Celebration on Thursday night. CLEVELAND — They have designed some of the most revered and iconic buildings in a city and nation full of them. However, women have been historically underrepresented in the traditionally male-dominated industry of architecture. The Cleveland chapter of the American Institute of Architects continues to try to change that through outreach and recognition.

For the fifth year in a row, the Cleveland chapter of American Institute of Architects hosted its Women in Architecture Celebration on Thursday night. The event, which was hosted at Rustbelt Reclamation off East 36th Street, sought to honor the area’s female architects while brainstorming ways to increase the ranks.

For the fifth year in a row, the Cleveland chapter of American Institute of Architects hosted its Women in Architecture Celebration on Thursday night. The event, which was hosted at Rustbelt Reclamation off East 36th Street, sought to honor the area’s female architects while brainstorming ways to increase the ranks.

According to the Association of Collegiate Schools of Architecture, only one in five working architects is a woman. This is despite the fact male and female architecture students graduate at equal rates. Women are also far less likely to become deans of architecture schools and win architecture-related awards. Statistics show women of color and women in leadership positions are even less represented in the architecture industry.

These statistics, however, are stark improvements over previous decades where less than 10 percent of architects were women.

“We’re slowing catching up. As society is making more progress in gender equity, we’re catching up but it does take time,” said Robyn Wolf, the director of AIA-Cleveland’s Women in Architecture. “It’s important to celebrate women because we have so many women doing such great work. That’s been part of the issue. There just hasn’t been the visibility.”

The organization’s event Thursday night was intended to increase that exposure. More than 100 people attended. Among those in attendance was Sandra Madison, the CEO of Robert P. Madison International, a local architectural firm that has its fingerprints all over the Cleveland metropolitan area.

Madison has designed a number of schools for area districts. She is also currently working on the renovations at the venerable and revered Karamu Theatre, the oldest African-American theater in the country. Madison said more diversity inside architectural firms is vitally important. Each person’s experiences can serve as inspirations for a project’s design.

“The more diversity you have, to me, the better you feel. You have everybody’s point of view, everybody’s perspective,” Madison said. “Wherever they come from -- whether it’s race, gender, whatever it is -- we need that diversity to make a better project.”

The guest speaker at the recognition celebration was Julia Gamolina, an architectural designer from New York City. In her limited spare time, Gamolina has published more than 50 interviews with women in the industry as part of her “Madame Architect” initiative . Gamolina said the question is no longer, ‘where are all the female architects?’

The question now is how to celebrate their contributions and successes.

“If its skewed and it doesn’t represent everybody then how can we possibly create a world that works for everybody?’ Gamolina said. “I think there are so many women that are not getting enough recognition and that needs to stop. Roles that people play on the project don’t really get rewarded as much. I think that’s where a lot of women don’t get recognition is because they are doing that project management work or they are doing the technical work. Maybe if we change that too they will be celebrated more.”