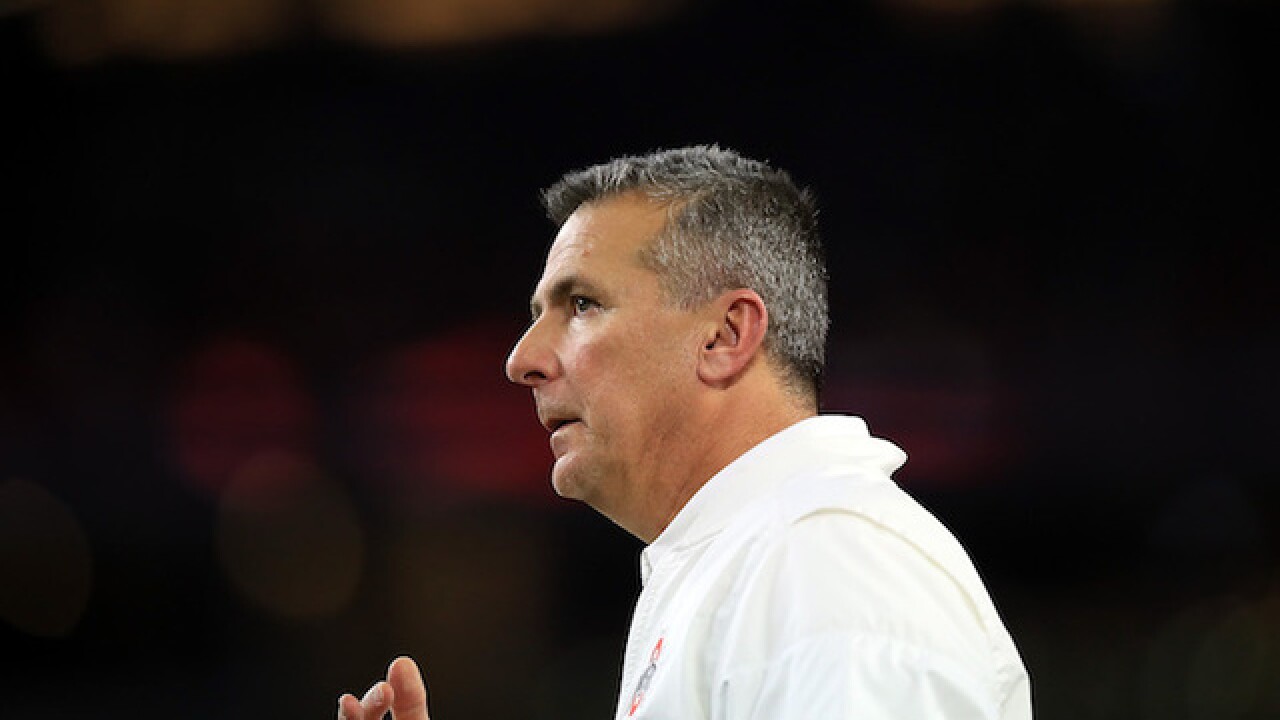 Copyright 2018 Scripps Media, Inc. All rights reserved. This material may not be published, broadcast, rewritten, or redistributed.
Ronald Martinez
ARLINGTON, TX - DECEMBER 29: Head coach Urban Meyer of the Ohio State Buckeyes during the Goodyear Cotton Bowl against the USC Trojans in the second quarter at AT&T Stadium on December 29, 2017 in Arlington, Texas. (Photo by Ronald Martinez/Getty Images)

The Ohio State University announced a special, independent board will investigate head football coach Urban Meyer, who was put on paid leave this week after claims that people close to him knew of allegations against longtime assistant coach Zach Smith of domestic abuse.

"The special working group will direct the work of the investigative team and be available to provide consultation and advice and assist with communication to the full board on the matter," OSU said.

Smith was fired on July 23, days after he was served with a protection order involving his ex-wife, Courtney Smith.