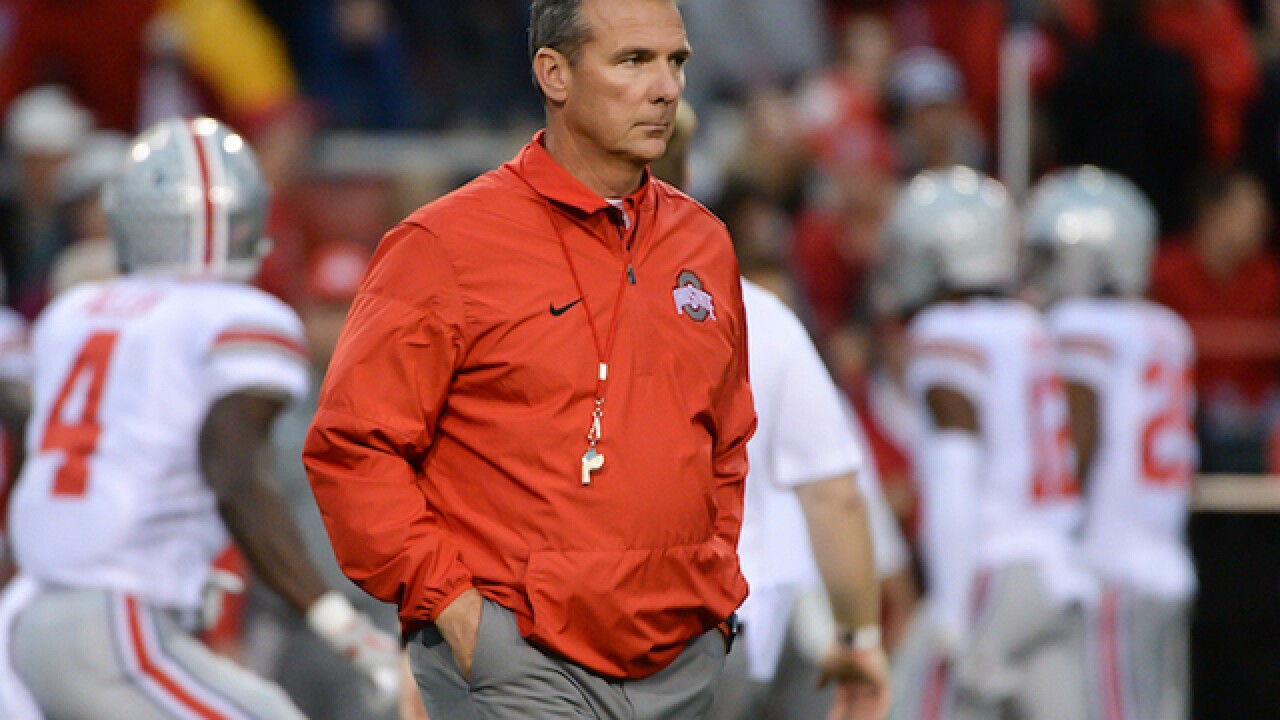 Copyright 2018 Scripps Media, Inc. All rights reserved. This material may not be published, broadcast, rewritten, or redistributed.
Steven Branscombe
LINCOLN, NE - OCTOBER 14: Head coach Urban Meyer of the Ohio State Buckeyes before the game against the Nebraska Cornhuskers at Memorial Stadium on October 14, 2017 in Lincoln, Nebraska. (Photo by Steven Branscombe/Getty Images)

Counsel for Courtney Smith released a statement after she met with the special board in the Urban Meyer investigation on Monday. Smith is the ex-wife of former Ohio State University assistant coach Zach Smith, who was accused of domestic abuse.

Meyer was put on paid leave at the beginning of August after claims that people close to him knew of domestic abuse allegations against Zach Smith.

Today, Courtney Smith met with the independent investigative team hired by The Ohio State University Board of Trustees. She was accompanied by her lawyers and welcomed the opportunity to speak to the investigators. Courtney continues to be thankful for the support she has received during this time.