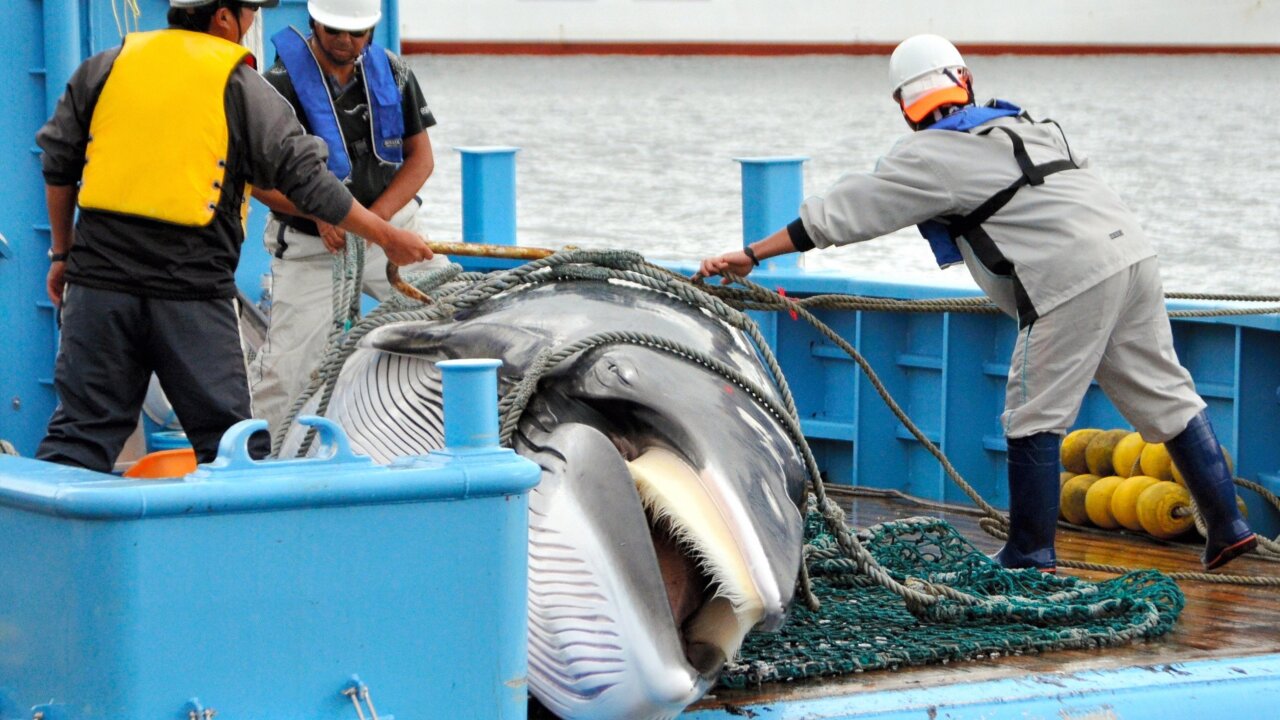 Getty Images/Getty Images
Japan has announced its withdrawal from the International Whaling Commission next year, and will resume commercial hunting in its territorial waters and exclusive economic zone from July.

Japan has announced its withdrawal from the International Whaling Commission (IWC) next year, and will resume commercial hunting in its territorial waters and exclusive economic zone from July.

It will also cease whaling activities in the Antarctic Ocean, according to an official statement released Wednesday, and hunt species with so-called "healthy" population numbers.

"In its long history, Japan has used whales not only as a source of protein but also for a variety of other purposes," the statement said. "Engagement in whaling has been supporting local communities, and thereby developed the life and culture of using whales."

The move to resume commercial whaling drew criticism from conservation groups and governments.

"The declaration today is out of step with the international community, let alone the protection needed to safeguard the future of our oceans and these majestic creatures," said Sam Annesley, executive director at Greenpeace Japan. "The government of Japan must urgently act to conserve marine ecosystems, rather than resume commercial whaling."

Australia called Japan's decision to withdraw from the IWC "regrettable" and urged Japan to return to the convention as a "matter of priority," in a statement released Wednesday.

Commercial whaling was banned under a 1986 International Whaling Commission moratorium. But Japan has used a loophole to continue hunting whales legally since 1987 for what it claims is scientific research.

Iceland and Norway object to the moratorium and continue to hunt whales commercially without relying on science as an excuse.

In September 2018, the majority of member nations at the IWC annual symposium in Brazil approved a non-binding resolution stating that commercial whaling was no longer a valid economic activity, or needed for scientific research.

While the Japanese political class has sought the resumption of commercial whaling activities, campaigners say eating whale is becoming "less and less popular."

"Actually many (regular) people don't have any interest in whales or whaling now in Japan," Nanami Kurasawa of the Iruka and Kujira (dolphin and whale) Action Network (IKAN) told CNN.