Copyright 2018 Scripps Media, Inc. All rights reserved. This material may not be published, broadcast, rewritten, or redistributed.
Google Maps
<p>Tilted Kilt Pub and Eatery, 21 E. Prospect Ave, in Cleveland located near Quicken Loans Arena is closing its doors.</p>
By: Kaylyn Hlavaty
Posted at 9:25 AM, Sep 26, 2018

Say goodbye to the place where waitresses wear kilts and pints of Irish beer are served in tall mugs. The Tilted Kilt Pub and Eatery, 21 E. Prospect Ave., has announced that its downtown Cleveland location is permanently closed.

In a Facebook post to its patrons, the restaurant's management said, "We value your years of loyalty and business. Your favorite kilt girls will be employed at our new venue, which will open in just a few weeks."

RELATED: Researchers: LeBron boosted employment near The Q by 20 percent

The restaurant didn't elaborate on the location of its new venue.

Panini's Bar and Grill will keep its current location on Huron Road and will open a second location where the Tilted Kilt was located, a manager at the downtown Panini's confirmed.

The opening of Panini's Bar and Grill has been in the works for some time. On March 16, the restaurant went before the City Planning Commission to have their signage for the site approved. 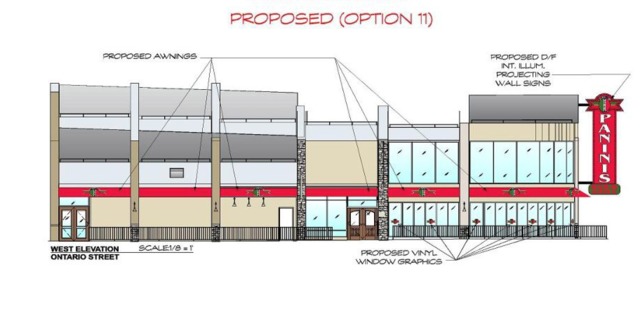 When News 5 reached out to the Tilted Kilt, calls went unanswered. On the company's website, Ohio was taken off as a state with Tilted Kilt locations.