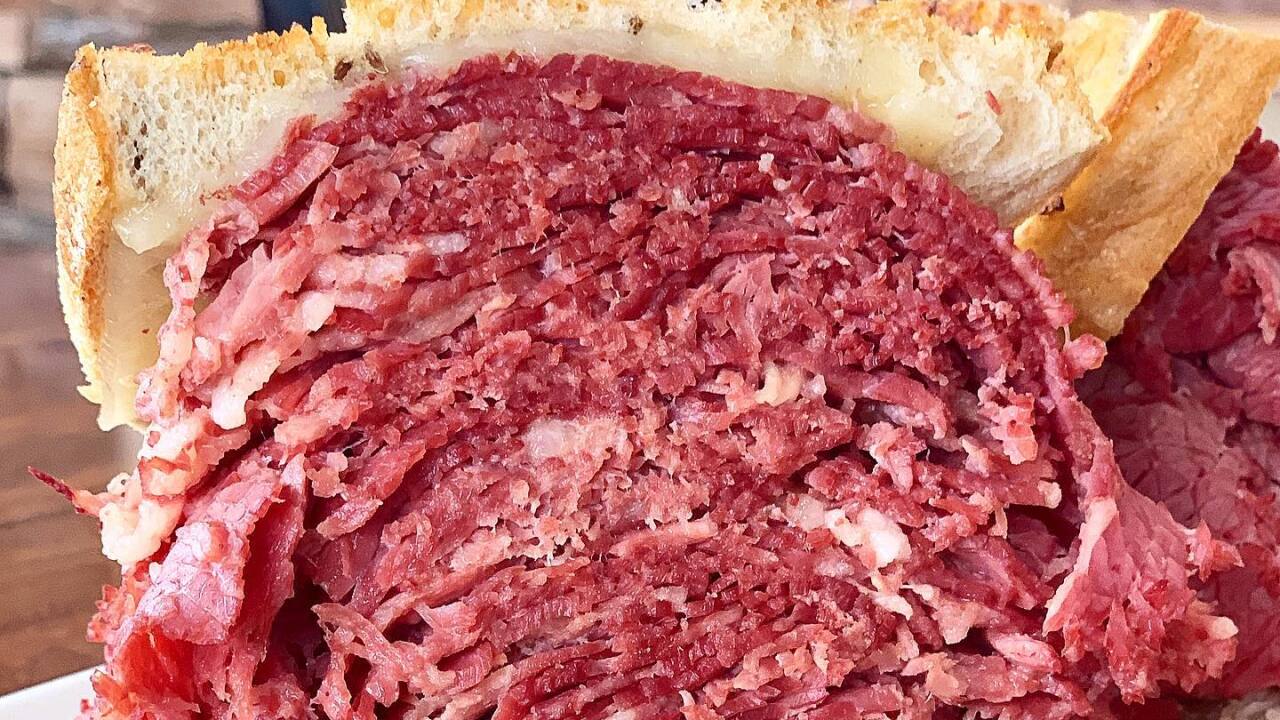 MENTOR, Ohio — Home to corned beef sandwiches stacked as high as the Terminal Tower, Slyman's Tavern has made its way to the suburbs with its new location in Mentor.

Owner Freddie Slyman said their expansion strategy was to hit the suburbs in every direction from north, south, east and west, putting their iconic dishes in even more hands of hungry Clevelanders.

"It's been a great opportunity to expand from our original flagship store," Slyman said.

Expanding from their original location at 3106 St. Clair Avenue, Slyman's is now in Independence and Beachwood, with plans to open a location next year in Avon.

The expansion and footprint in Greater Cleveland has even surprised Slyman.

"I never thought I would go to the next level of our business. I'm just going along for the ride and I'm proud of the brand we built. What it means to Cleveland, it's exciting," Slyman said.

Customers who come to the Mentor location will notice the same classics that made the deli famous, but with new options that include salads and appetizers, with even some options for vegetarians.

"We will continue to do what made us famous, but we definitely changed it up a little bit. We have to reinvent ourselves in this industry," he said.

The restaurant, with seating for 200-plus, has a different feel than the other locations in Independence and Beachwood.

Slyman describes the atmosphere as more of a throwback, deli-like feel that is a family-friendly space.

"Each location is like a child in a family, has a different personality but it all comes back to the same core DNA," Slyman said.

If your stumped on deciding on what sandwich to pick up, Slyman recommends his current favorite: the pastrami.