Which mental health concerns do people in the U.S. worry about most? 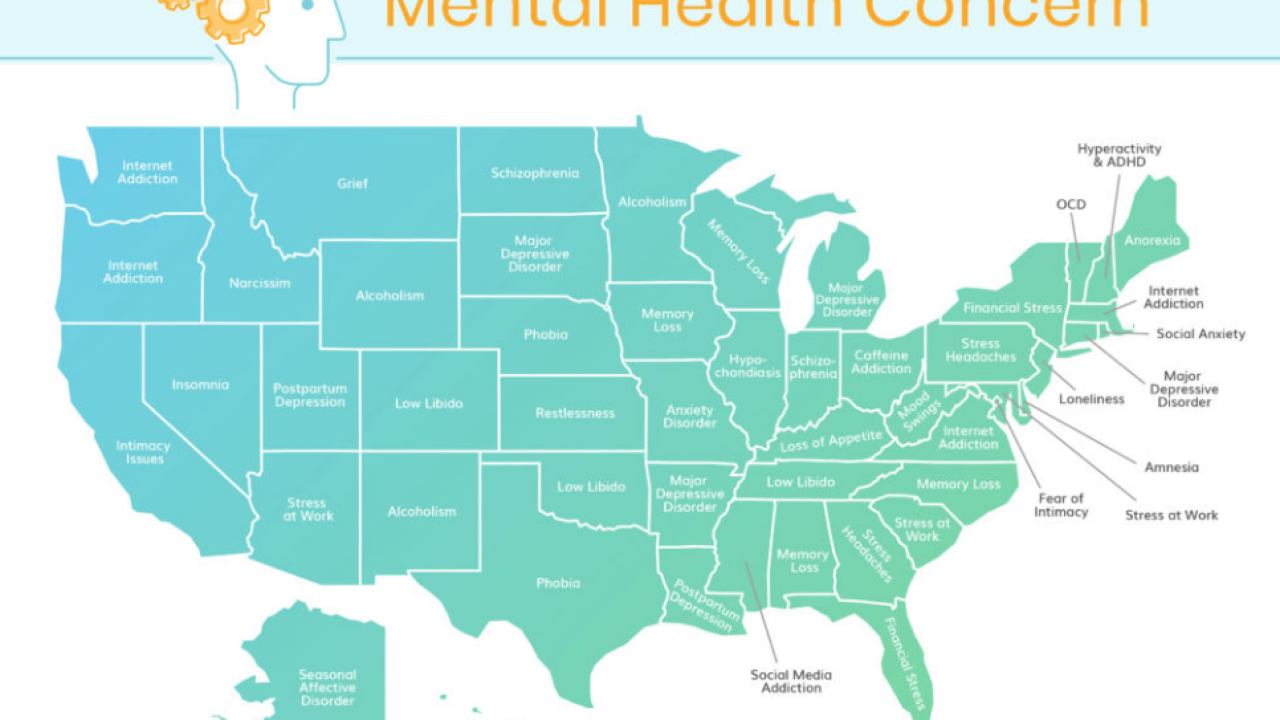 People in Florida appear to be worried about their finances, and folks in Arizona have high amounts of stress at work.

That is the case according to TermLife2Go, an insurance company that published a map with the mental health concerns listed on each state.

To figure out which states were most concerned with which topic, TL2G looked at the most common mental health conditions on sites such as NAMI, TalkSpace and MentalHealth.gov. It then crossed those with Google Trends to see what was most frequently searched.

Here are some of the findings, according to TL2G:

Read more of this report here.