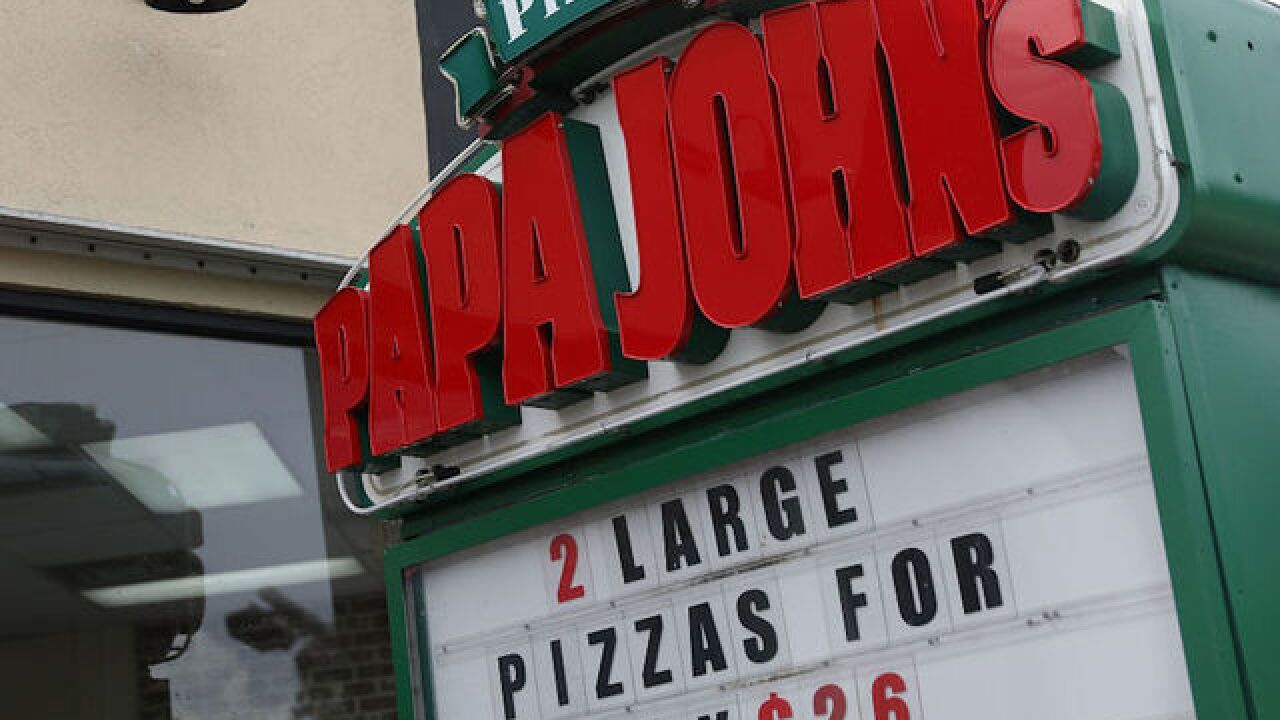 On Tuesday, the embattled pizza company released a new commercial featuring a diverse panel of franchisees and employees.

"You've heard one voice of Papa John's for a long time," one employee says to the camera. "It's time you heard from all of us," said another.

A 30-second version of the ad will appear during the fall premiers of television shows, sports events and on streaming networks.

The spot is designed to "put the spotlight on the people who truly make up the Papa John's brand," said Melissa A. Richards-Person, Papa John's vice president for global brand strategy and consumer connections.

Papa John's used to feature founder John Schnatter prominently in its ads. His face once adorned the company's pizza boxes.

But the company has been distancing itself from the controversial founder, who resigned his role as chairman in July after news broke that he had used the N-word on a conference call. He had already stepped down as CEO months earlier, after he caused a controversy by blaming the NFL for poor pizza sales.

Over the summer, Papa John's CEO Steve Ritchie noted that "Papa John's is not an individual."

Tuesday's commercial is a continuation of that theme, said Richards-Person.

"This is really turning the next page and moving forward," she said, adding that It's the first step in a broader campaign that will highlight more individual stories.

The commercial was filmed in August.

Recently, Papa John's has taken several steps to signal to employees and customers that it's moving on.

Last month, the company posted an ad to its social media platforms thanking customers for their honest feedback in the wake of the scandals.

"You expected better from Papa John's. So did we," the company said in the ad. "Thank you for your honesty ... It is making us better."

Papa John's is also conducting an internal audit on diversity and inclusion practices, launching a program to support minority-owned franchises and starting a foundation focused on local communities. In August, it promised to help out struggling restaurant owners by cutting some royalties, food prices and online fees for the remainder of the year.

The company also vowed to roll out mandatory bias training for its workers.

While it sends a message of change, the company is also fending off fierce attacks from Schnatter.

Schnatter, who is suing the company, accused the current leadership of allowing his comments to be misrepresented in the media. He has called CEO Steve Ritchie the wrong man for the job, and said that he has helped create a toxic culture rife with harassment and intimidation.

A special committee of the Papa John's board responded to Ritchie's many claims in a scorching letter, accusing him of "promoting his self-interest at the expense of all others in an attempt to regain control." Schnatter has said he regrets resigning as chairman, but that he doesn't want to regain his role as CEO.

Schnatter has set up a website, SavePapaJohns.com, with his own appeal to franchisees. He's using the site to post documents about his lawsuit, statements responding to Papa John's news and media coverage.

On Tuesday, Papa John's set up its own website, Papa John's stories. The site features the new commercial as well as information about the company's recent initiatives, testimonials from employees and messages from Ritchie, a well as links to news articles.

Papa John's sales have plunged over the past few quarters, and shares have fallen by more than 17% this year.