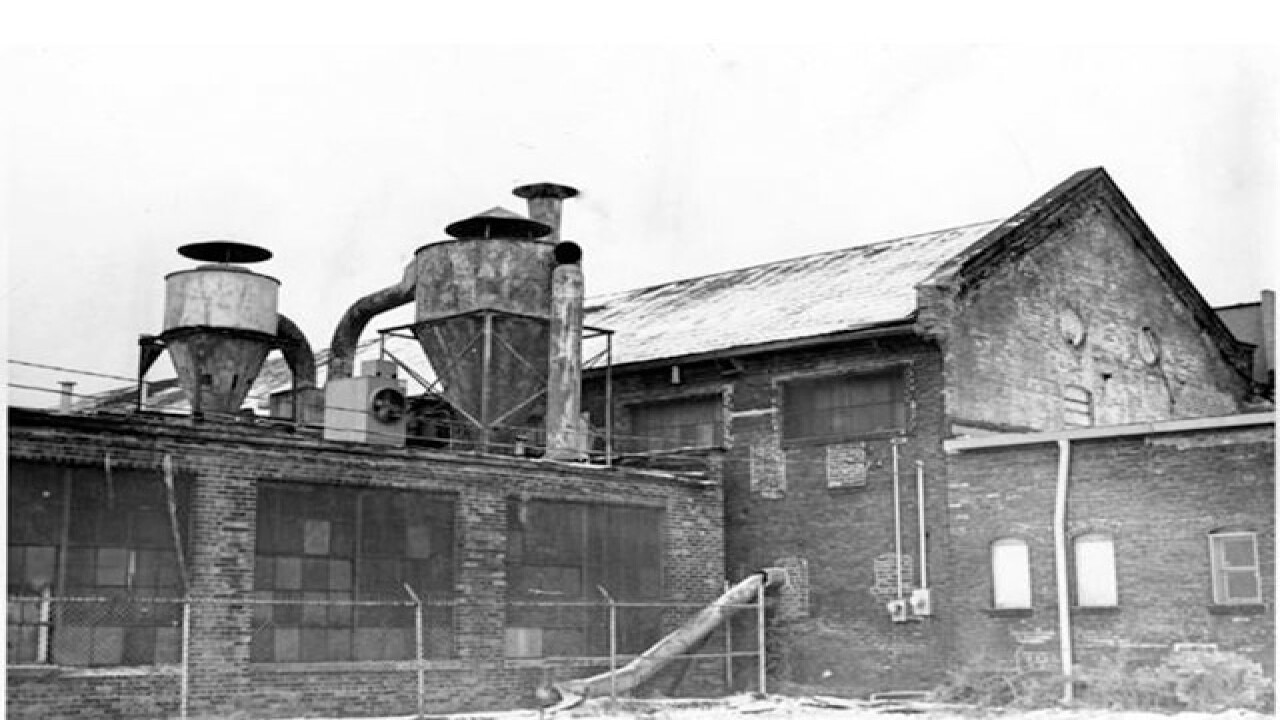 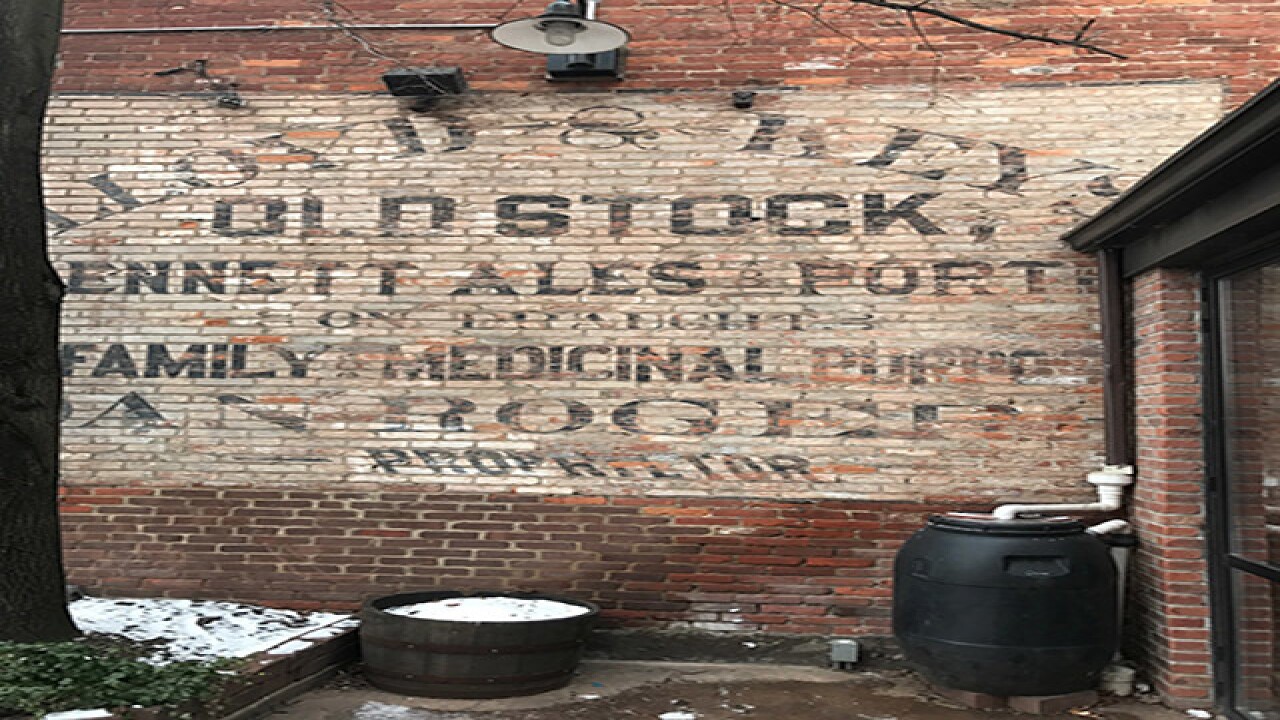 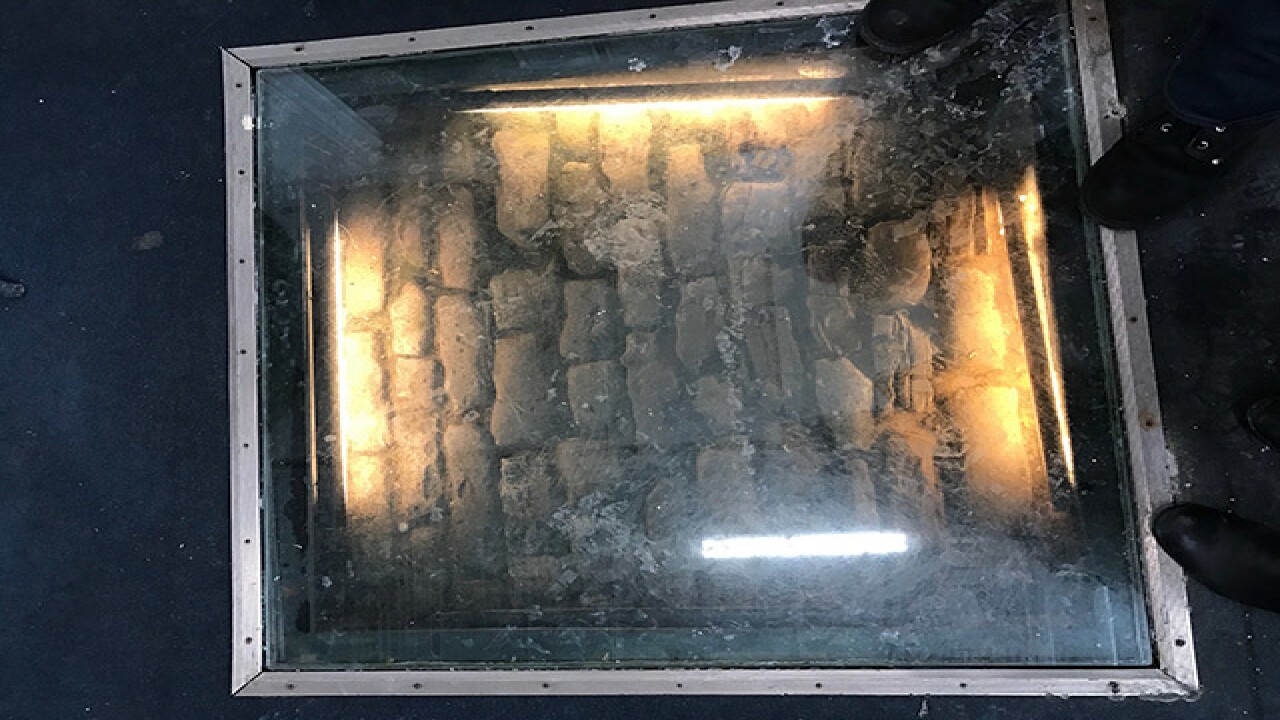 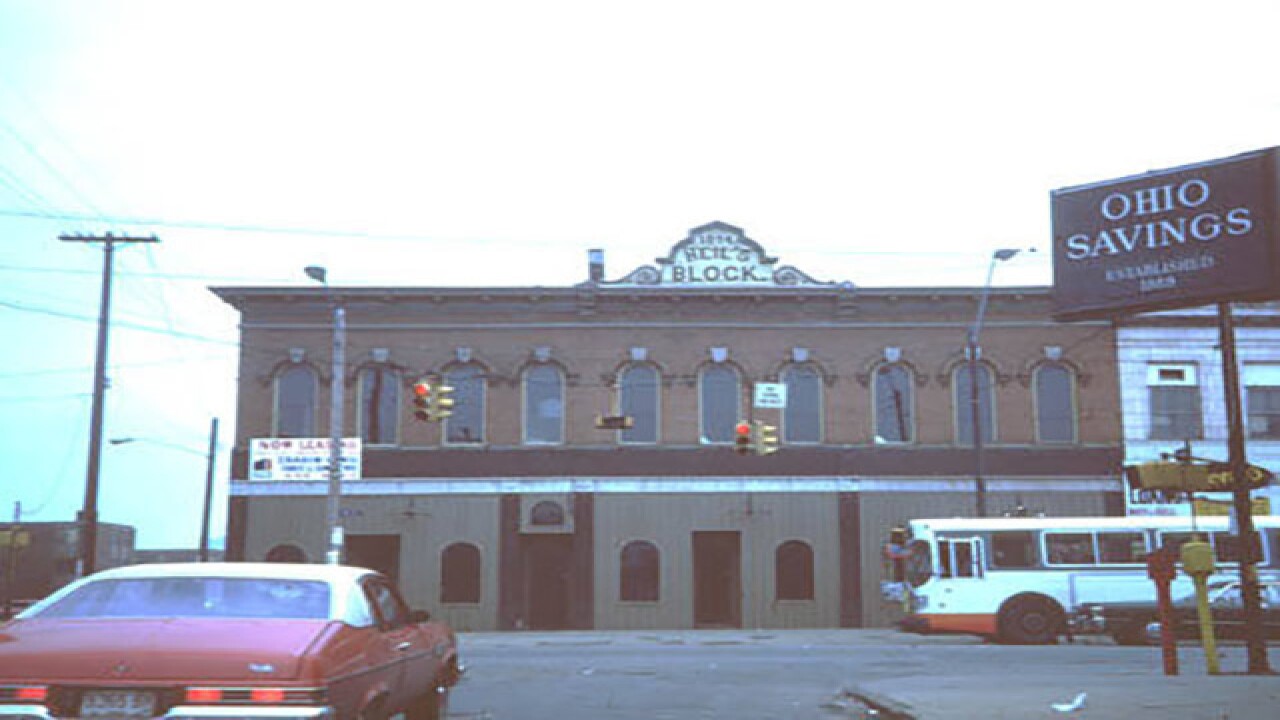 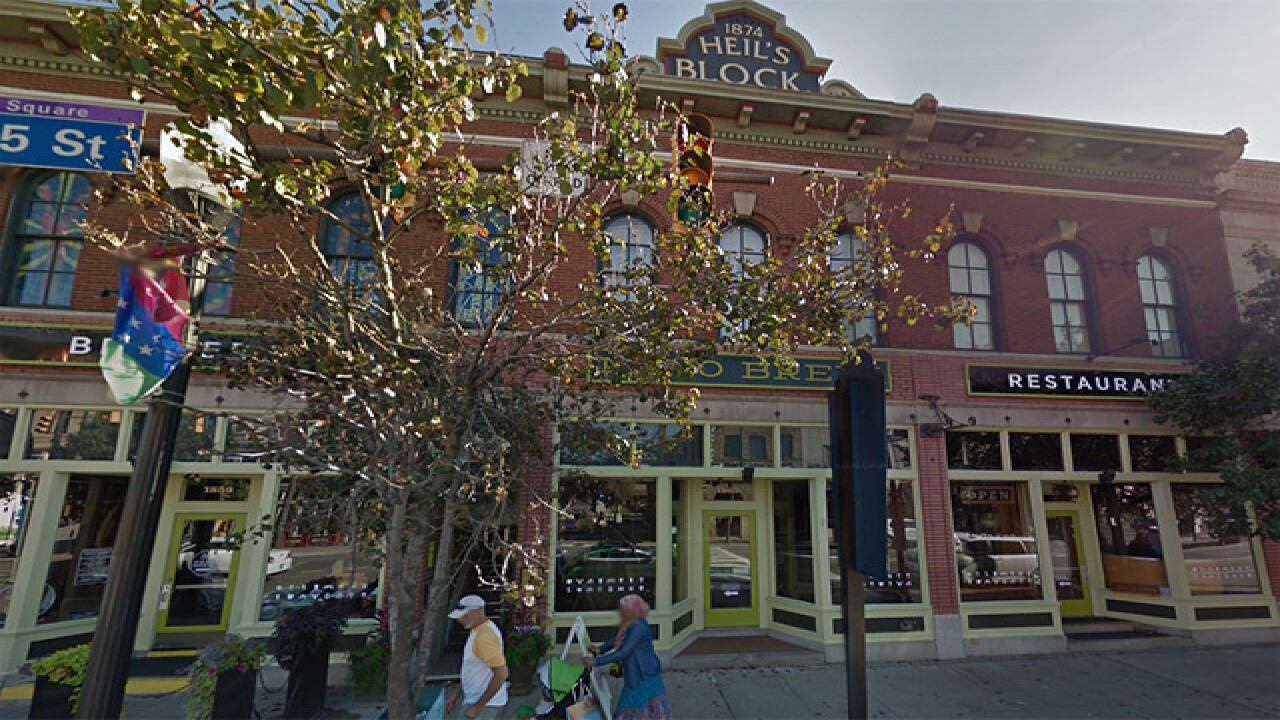 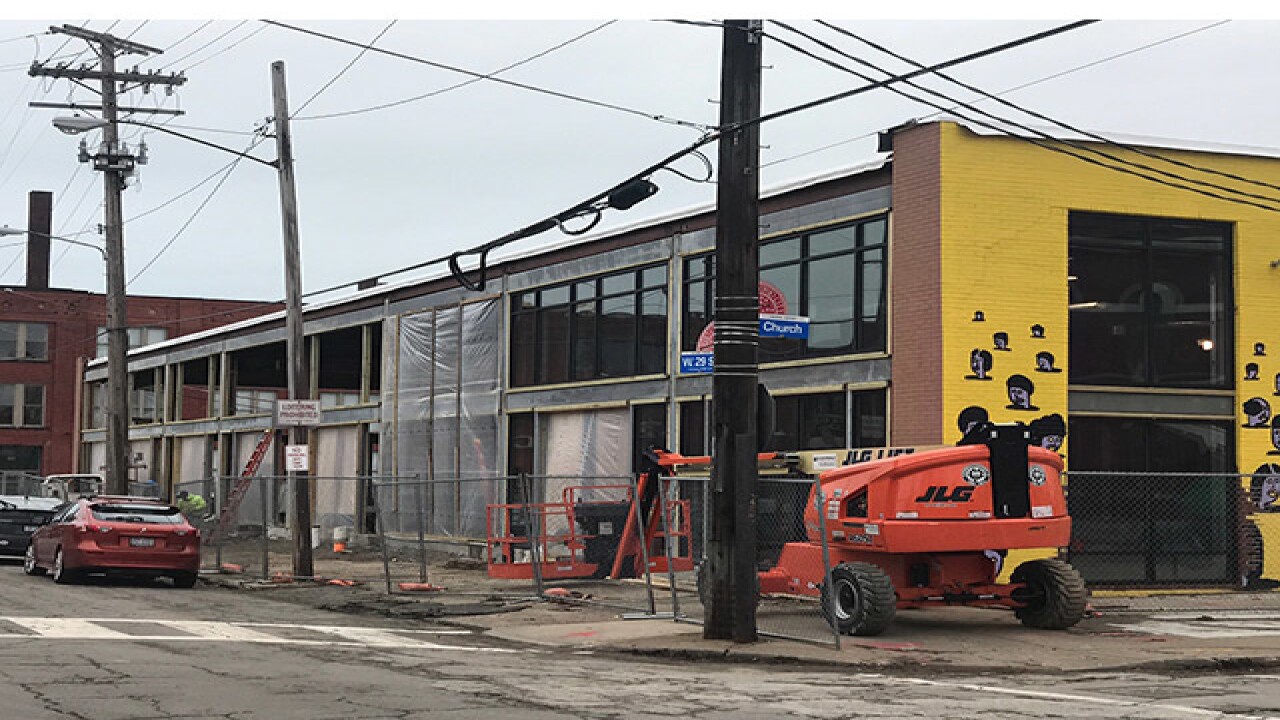 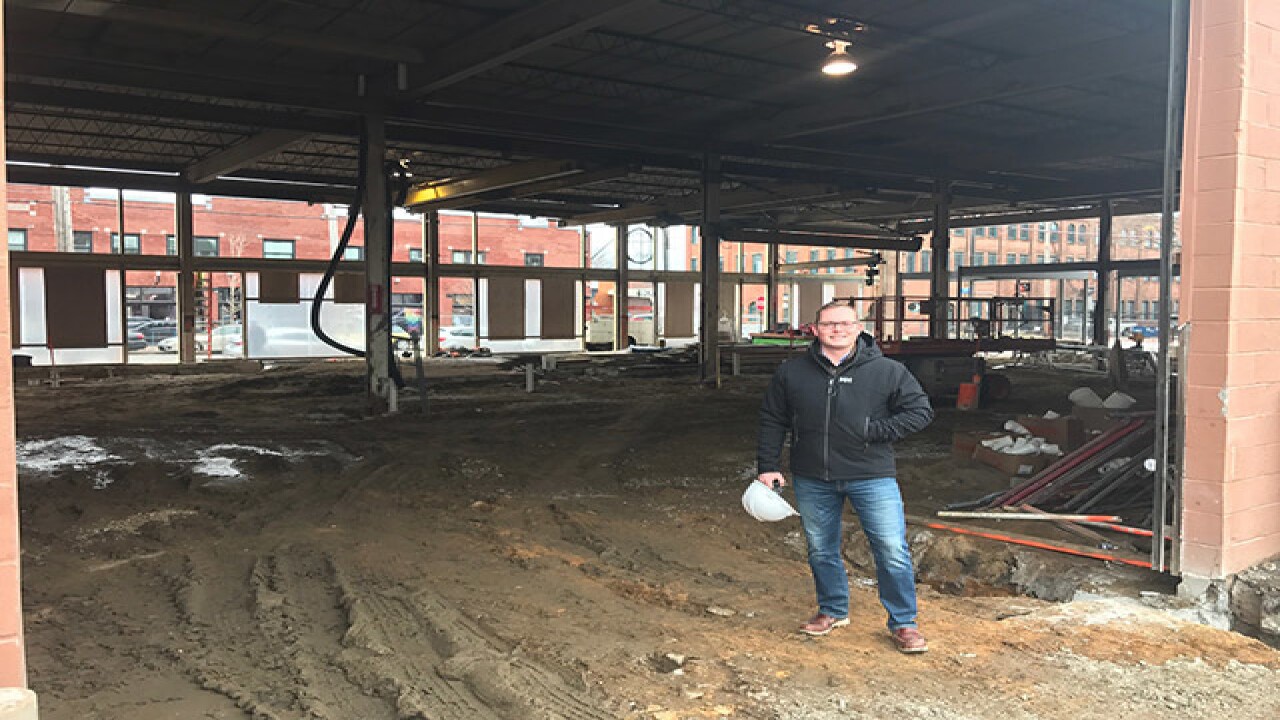 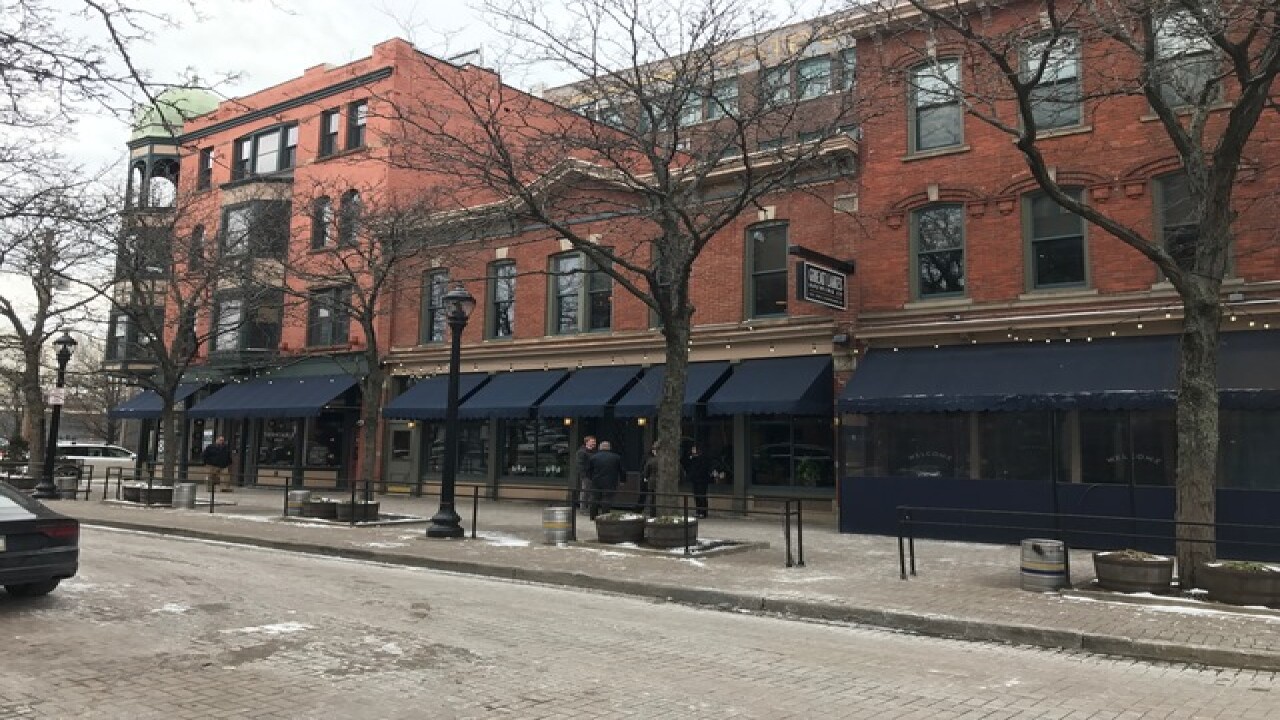 Breweries are breathing new life into vacant, often abandoned properties throughout Northeast, Ohio. And they're doing so in an increasing amount.

Cleveland was at the epicenter of the foreclosure housing crisis that left swaths of properties and plots of land vacant and abandoned. Tens of thousands of run-down empty buildings and lots have become permanent sights and structures in neighborhoods across the city. The Cuyahoga Land Bank documented 15,474 vacant residential lots countywide in 2017.

The region's microbrewery industry is breathing new life into forgotten spaces that have been neglected for years.

The industry in Cleveland took off after the House Bill 243 was passed allowing breweries to have a taproom without acquiring another license to manufacture beer. Since 2012, the craft beer scene in Ohio has seen a 148 percent increase, according to a 2016 report by the CBRE Group Inc.

"In Cleveland alone, you're seeing an explosive growth of craft breweries and wholesale breweries. They are becoming the anchor of neighborhoods that are bringing them back to life," said Stephen Taylor, Vice President of retail services and restaurant specialty for the CBRE Group.

The craft breweries are a catalyst for economic growth and neighborhood revitalization. Great Lakes Brewery, the godfather of the region's brewery boom, changed the face of Cleveland's identity as a beer city on the lake post-prohibition.

Owners of Great Lakes Brewery, Pat and Daniel Conway took a risk in Ohio City — a neighborhood that didn't have all the restaurants, shops, and bars that it has now — only the West Side Market, St. Ignatius and vacant buildings. The neighborhood was home to five of the largest breweries in Ohio pre-prohibition. In 1988, the Conways bought the Fries & Schuele building that used to be a tavern and a feed and seed store owned by Dan Rogers in 1872.

Walking the buildings that make up the Great Lakes Brewery is a journey through history. Prohibition agent Elliot Ness sat at the bar where customers now gather. The original cashier station where grain and other livestock feed were sold occupies the restaurant seating area.

Great Lakes Brewery paved the way for other breweries to find their footprint in Cleveland's beer-producing sector. There are currently 71 breweries in the Cleveland/Akron/Canton area. This number includes breweries that are currently under construction or will break ground this year.

With the number of vacant lots and buildings going into the tens of thousands, it becomes difficult for the City of Cleveland and the Cuyahoga Land Bank to track how many breweries are in a space that was once a vacant building. In research conducted specifically for News 5, President of the Cuyahoga Land Bank Gus Frangos and his team of researchers categorized specific parameters to find out how many buildings would be suitable for a brewery.

The map above shows the breweries located in Northeast Ohio. There are more details of each brewery such as location, prior history of the building, and square feet of each space.

Prior to the research, the bank used three guidelines when gathering data: tax delinquency lists, auditor data, and property characteristics.

"Within those parameters, we looked at properties between 9,000-11,000 square feet of land or building, a tax delinquency over $1,000 and beyond a year, and properties only in Cleveland," said Frangos.

The results of the research concluded that 99 properties in Cleveland would be suitable for a brewery or another business.

Frangos explained there are many different factors as to why someone who would choose a vacant building as a location for a brewery. There are thousands of square feet of parcel land throughout the city and the county. Larger properties can potentially have poor market conditions, environmental issues or peculiar zoning issues.

"There are a number of reasons why an entrepreneur would want to use a vacant building as a brewery," said Frangos. "It could be because the cost of the building is low and space provides historical and physical charm. We did a raw analysis of the current state of vacant buildings. With the thousands of vacant buildings and lots throughout Cuyahoga alone, there are only so many that are suitable for a business."

The number of breweries reclaiming vacant buildings is on the rise with no signs of slowing down. In the beginning of this year, Masthead Brewing opened up in a former title bureau on Superior Avenue. The Working Class Brewery and Saucy Brew Works are two new breweries scheduled to open this summer.

Eric Anderson has the vision to turn his skills as a certified beer maker and the 14,000 square foot Steelman Building on Detroit Avenue and West 29th in Ohio City's up and coming Hingetown neighborhood.

He realizes the public may think Cleveland is already saturated with breweries and couldn't possibly have room for another, but he politely pushes away naysayers.

"I think it's great that all these breweries are popping up and everyone is making different beers and everyone comes from different levels. Some went to school other learned homebrewing, that's great," Anderson said. "It's kind of like Jimi Hendrix, no one taught him to play guitar."

He notices the impact breweries are having on the city and sees them as having a positive economic impact in Cleveland.

Anderson explains how the building space was a former machine shop that sat vacant for 15 years. It's been two years of laughs, creative discussions, and trial and errors, but what hasn't changed is a constant vision of what the space will be, which he credits photographic memory for always maintaining his vision.

"It probably would have been easier to build a new building, but that is not the Cleveland way. It's historic, let's leave what we can and make it work."