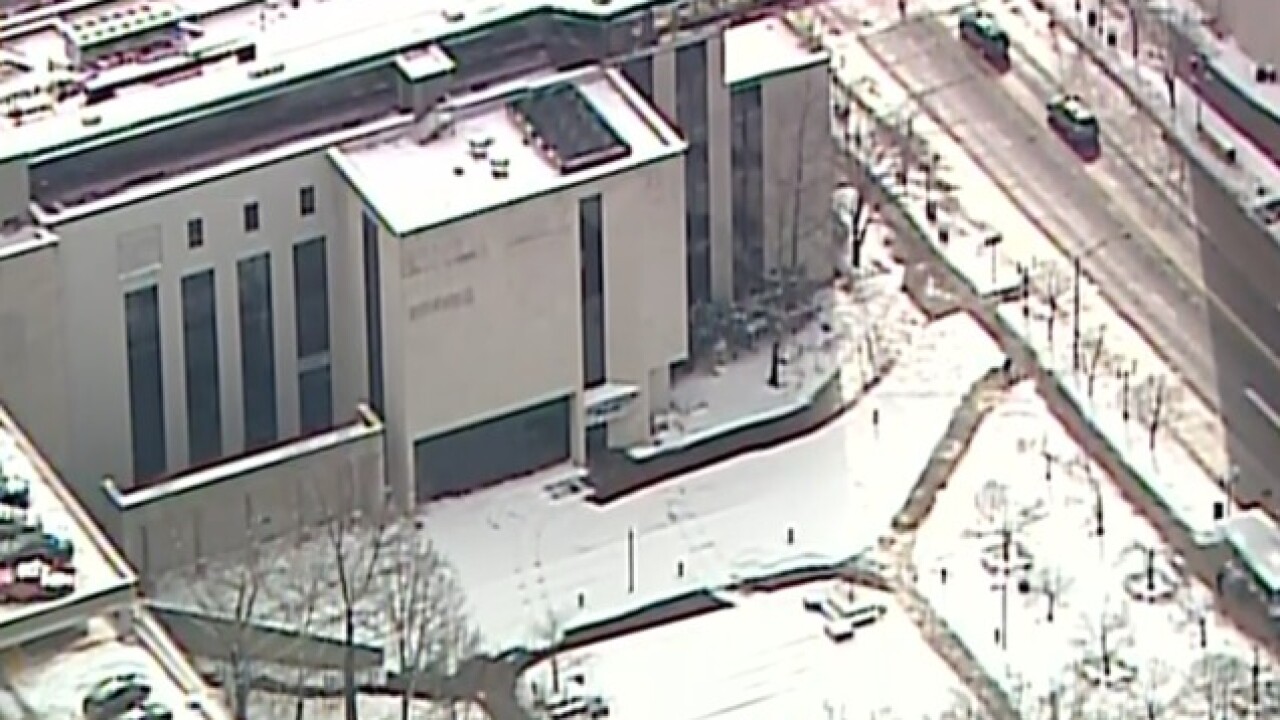 A 16-year-old boy died Wednesday after being shot by a deputy in an Ohio courtroom when a fight broke out involving the boy, his family and the officer, a sheriff's office investigator said.

Joseph Haynes was hit once in the abdomen during the fight that began as an early afternoon hearing concluded in a domestic relations courtroom in Columbus, said Rick Minerd, investigations chief with the Franklin County Sheriff's Office. The boy died about 30 minutes later at a nearby downtown hospital.

Events unfolded as a judge wrapped up a hearing involving a firearms charge against the boy and an electronic monitoring device the court assigned him earlier in the case, Minerd said.

"At some point as the hearing was concluding, there was an altercation that ensued involving the deputy and some of the family members," Minerd said. He added later the boy was also involved.

The deputy was knocked to the ground and fired a shot, he said.

Minerd didn't identify the deputy, saying the investigation is ongoing. He says the deputy was also injured and was being treated at a hospital, but that he wasn't shot.

Minerd said the sheriff's office extended its condolences to the family of Haynes and wished the injured deputy a quick recovery. He wouldn't speculate on what exactly happened.

Copyright 2014 The Associated Press. All rights reserved. This material may not be published, broadcast, rewritten or redistributed.