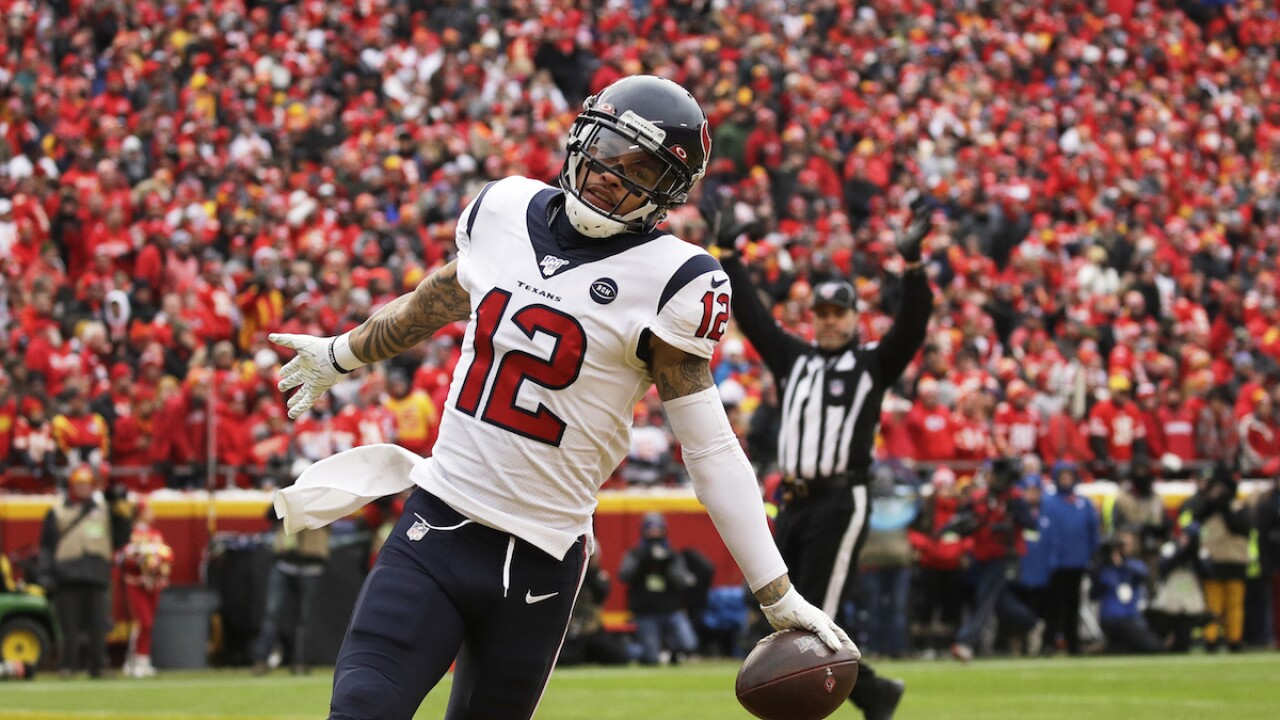 LOUISVILLE, Ky. (AP) — Police say 87 demonstrators who gathered at the home of Kentucky's attorney general to demand justice for Breonna Taylor have been arrested.

News outlets report protesters with the social justice organization Until Freedom gathered Tuesday for a sit-in at the home of Daniel Cameron.

Police say they were charged with the felony crime of "intimidating a participant in a legal process"; disorderly conduct, and trespassing.

Taylor was fatally shot by police on March 13 during a narcotics investigation.

Her death set off weeks of protests and calls for the officers to be charged.

Among those arrested were Kenny Stills, a wide receiver for the Houston Texans, and Porsha Williams of "Real Housewives of Atlanta."

Stills tweeted a picture of his mugshot.

“Good trouble” with my brothers and sisters- organized by @untilfreedom.

Stills was released from jail on Wednesday.

Louisville Metro Police Department Spokesman Lamont Washington told the Louisville Courier-Journal that the protesters were given the opportunity to leave before they were arrested.

Back in March, Louisville police shot and killed Taylor while serving a no-knock warrant.