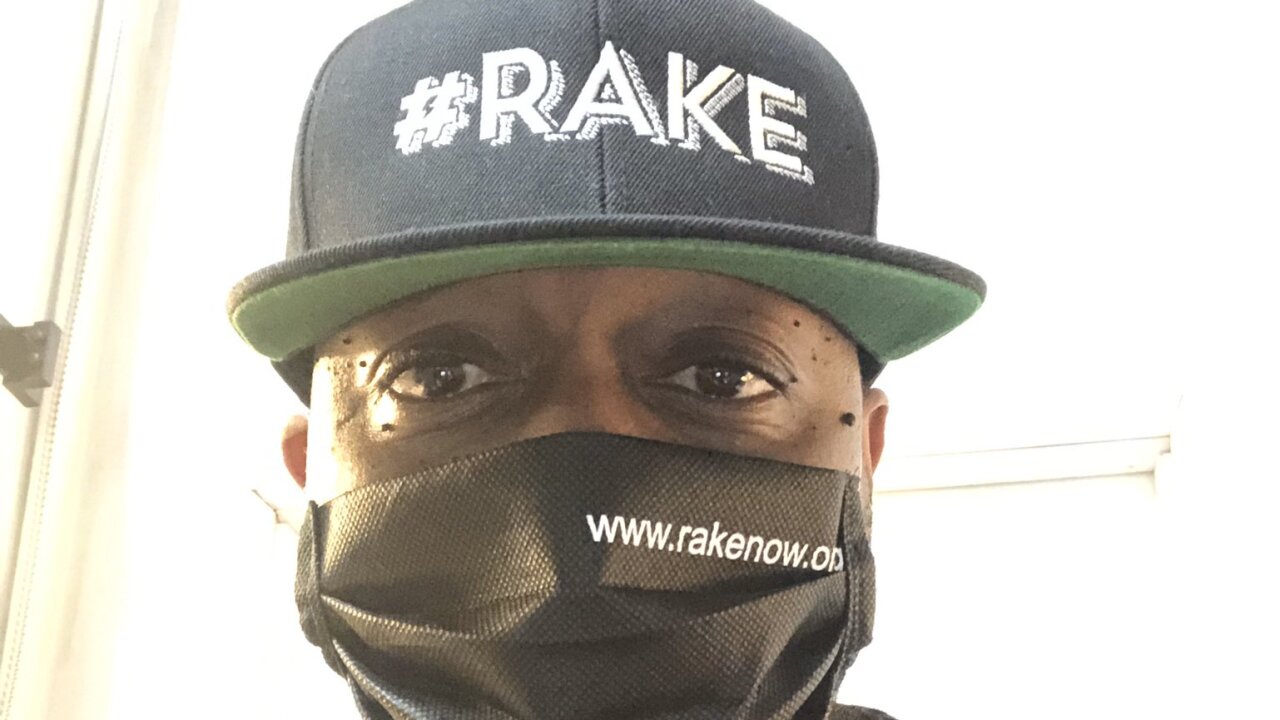 Ricky Smith from RAKENow models one of the masks made from his organization&#39;s string bags

Cleveland’s own Ricky Smith — actor, comedian, TV writer and founder of “Random Acts of Kindness Everywhere" — is searching for the best artists in the Land to help create a Black Lives Matter street art project.

According to Cleveland culture outlet "I’m From Cleveland," Smith spoke to the mayor’s office and got the green light for the project. Smith is now in search of 15 to 20 artists in Cleveland to help him pull it off. He’s looking for painters, muralists and designers.

@rickonia got the green light to throw a #BlackLivesMatter street art exhibit. Tag the most talented painters, designers, & muralists that you know in the city! Let’s help him find the best 👌

“Doing something really really cool in Cleveland that’s going to motivate and inspire the world for many many many of years. #wearenotthebutthole #armpitmaybe #buttholenaw,” Smith wrote on an Instagram post, referencing the mayor’s widely-circulated remarks earlier this month.

RELATED: Cleveland mayor says Cleveland ‘perceived to be the butthole of the world sometimes’

"I’m From Cleveland" asked Twitter users to tag the most talented artists in the city to help Smith find the best team for the project.

.@rickonia got the green light to throw a #BlackLivesMatter street art exhibit!

Tag the most talented artists that you know in the city! Let’s help him find the best 👌