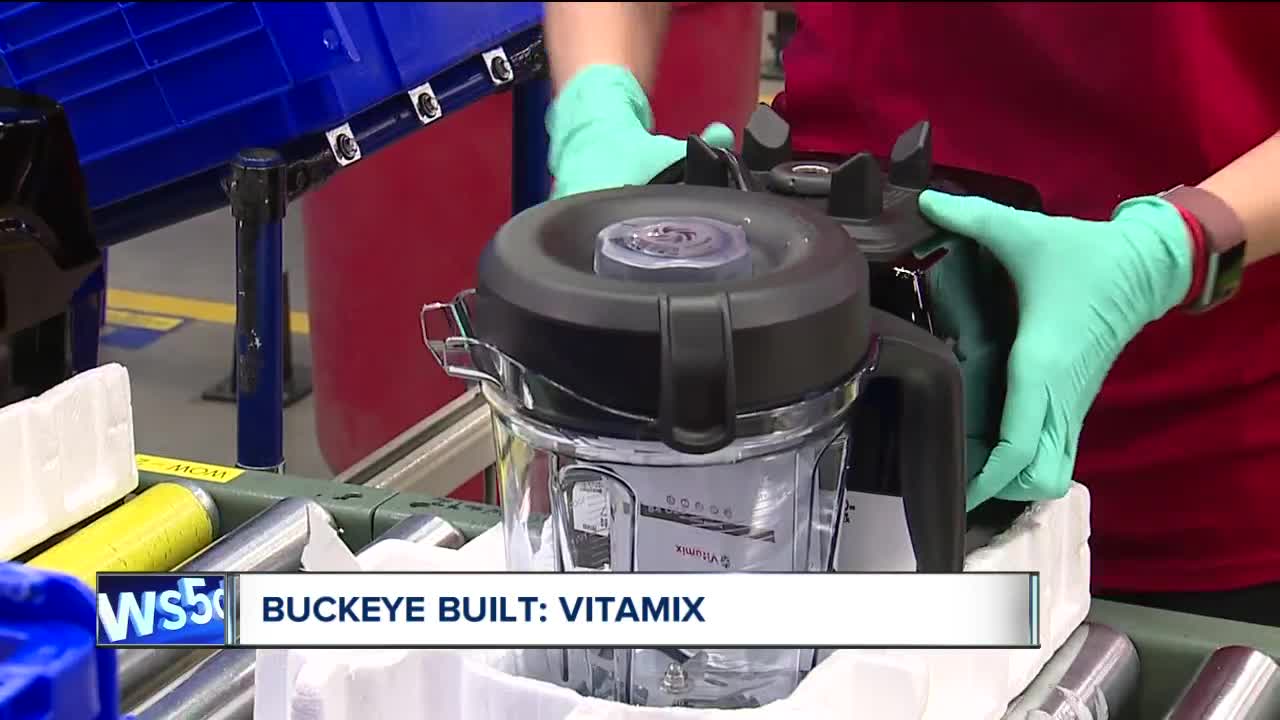 As part of the News 5 Cleveland Buckeye Built series, reporter Meg Shaw went behind the scenes of a business which has made an impact in two Northeast Ohio communities: Vitamix. 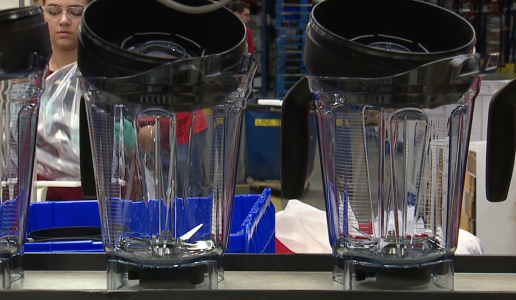 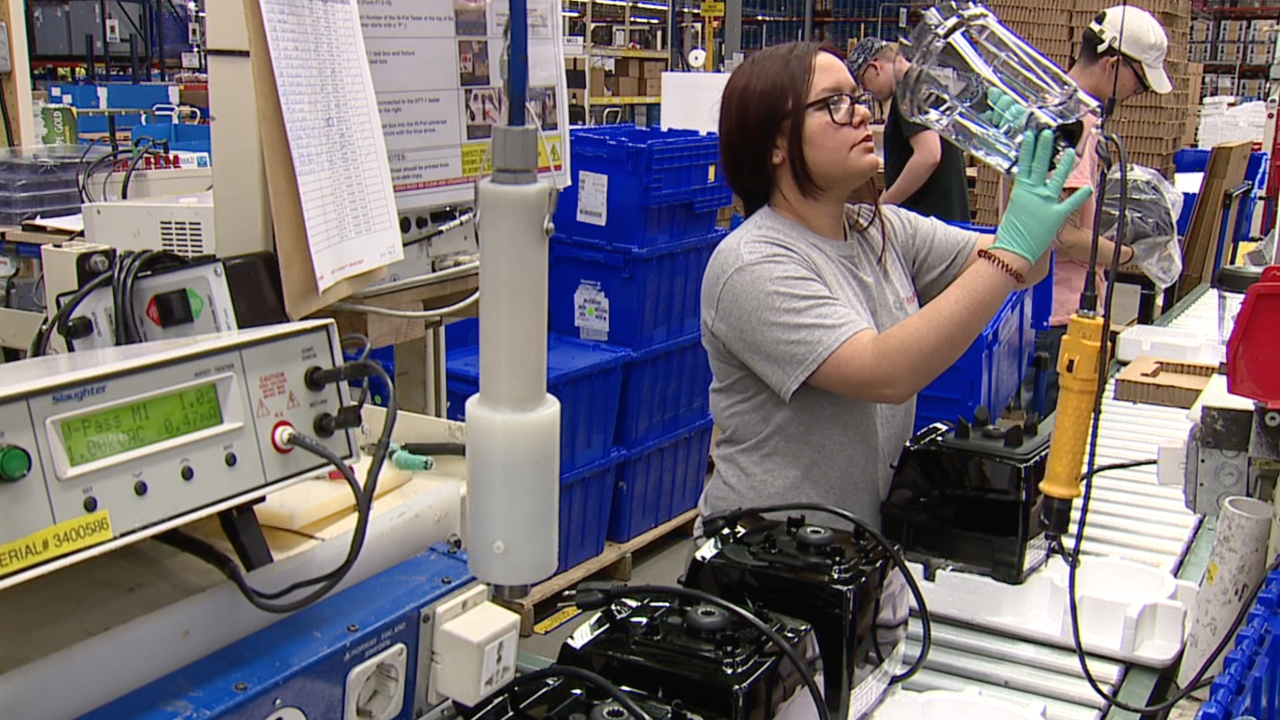 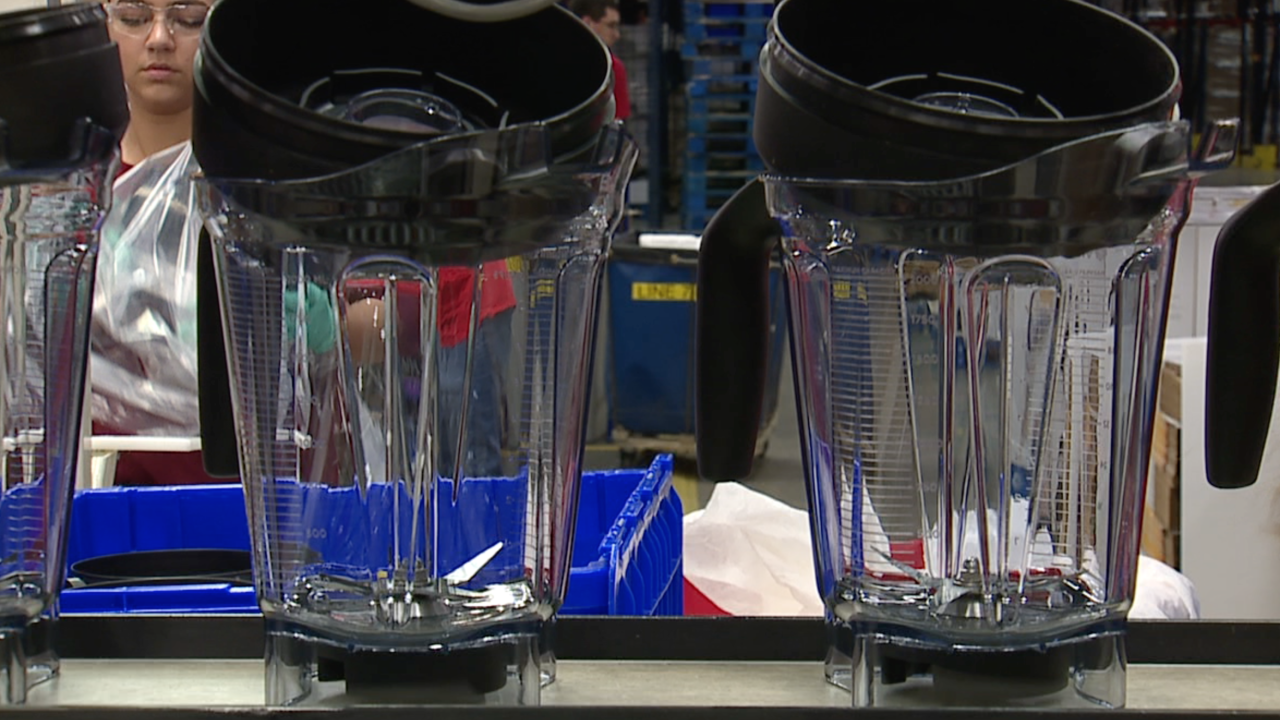 STRONGSVILLE, Ohio — From Cleveland to Columbus and Toledo to Cincinnati, Ohio is packed with companies who call the Buckeye State home.

As part of the News 5 Cleveland Buckeye Built series, reporter Meg Shaw went behind the scenes of a business which has made an impact in two Northeast Ohio communities: Vitamix.

Vitamix, the maker of high-end blenders, was founded in 1921 by William Barnard. He was traveling across the U.S. selling kitchen products, which at the time the company was called The Natural Food Institute. Barnard, also known as Papa, was considered a pioneer in the health food industry.

In 1937, during his travels, Papa made his way to Ohio for the Great Lakes Exposition. It was then he decided his company needed to call Ohio home.

He packed up the company in Illinois and moved to Olmsted Township, where Vitamix's headquarters is still located.

“He said if I’m going to have my company anywhere in the U.S., this is where I want it to be and we’ve been here ever since," Vitamix's CEO, Jodi Berg, said.

In 1949 Papa took his health mission to the television. It was then he recorded many believe was the nation's first infomercial. News 5 Cleveland was apart of that history because the infomercial was filmed inside of our studios.

For 27 minutes Papa spoke extensively about the importance of eating healthy, stressing that it will lead to a longer life. Papa wanted to change the lives of people across the U.S., and his mission is still being carried out today by the company's current CEO, his great-granddaughter.

Berg is the company's fourth generation CEO, taking it over in 2009. Originally, Berg said, she didn't think getting involved in the family business was for her. She spent several years doing what she called "her own thing." But one day, she came back to Northeast Ohio and realized it was indeed her destiny.

"You can't create a fourth generation company. You can certainty destroy one, but you can't create it," Berg said. "My primary role is to steward it, help it grow, turn it into something better, change more lives and pass it on to the next generation.”

The headquarters for Vitamix is still located in Olmsted Falls. In 2013, the company expanded its footprint to Strongsville opening its operations facility to keep up with the growing demand for quality blenders. This is where Vitamix products are assembled, packaged and shipped from.

About 300 people work inside the Strongsville plant. Beryl Blaylock is the plant's senior manufacturing manager. Blaylock said when the assembly lines are up and running, a Vitamix machine will come off the end of the line every 34 seconds.

Each employee in the station along the line is responsible for their job, plus checking the work done before them. Blaylock said quality is key.

“Watching out for the wow. That’s an inspector that wants to make sure whenever that product is in the box and the customer opens it they’re wowed by their experience," Blaylock said.

Products inside the plant range in size and use. Workers are assembling and packing tall and short blenders for giant companies across the nation, as well as machines for top chefs and home use.

Vitamix products can be found all over the world. The company sells its products in at least 100 countries.

“These amazing people that are working on our lines, the machines that they have touched could very well be in Malaysia or Indonesia or in China in Taiwan," Berg said.

During our time inside the Vitamix plant, one thing became clear: Berg appreciated the employees working inside.

During the hour-long interview, the CEO raved about the workforce in Northeast Ohio.

In 2021 Vitamix will celebrate its 100th anniversary. Berg said although the company has grown, its mission is still the same: to promote healthy living.

Berg said the company is currently planning celebrations for 2021.

If you know of a company with strong roots in Northeast Ohio that is making a difference in the community, email Meg Shaw at: Meg. Shaw@WEWS.com.