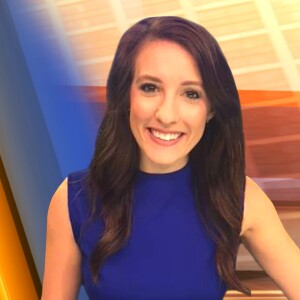 Note: This story was filmed at Sherwin-Williams prior the company's announcement regarding their possible decision to move the headquarters out of Cleveland. Our crew had no prior knowledge of the announcement.

As part of the News 5 Cleveland Buckeye Built series, reporter Meg Shaw went behind the scenes of a business which has made an impact in Cleveland: Sherwin Williams.

The Sherwin-Williams story began in Cleveland well before the first Cleveland Browns team, before the city’s first World Series win and prior to the historic Cuyahoga River fire.

The paint company got its start in the heart of the city in 1866 when Henry Sherwin moved to Cleveland and invested his savings into the Truman Dunham Company of Ohio. They were a distributor of pigments, paint supplies and oils. Four years later, the original partnership ended and Sherwin started a paint business with partners, Edward P. Williams and Alanson T. Osborn.

The three first began selling ingredients that the customer then mixed together to make paint, but soon they began developing a reliable ready-mixed paint, which was introduced to the market in 1875. It changed the paint industry and eventually became a standard.

In 1884, the partnership with Osborn dissolved and Sherwin and Williams incorporated as The Sherwin-Williams Company.

The paint company is now the largest producer of paints, varnishes and coatings in the United States - second in the world.

In the U.S., Sherwin-Williams turns out 3,600 different kinds of paint and offers 30,000 products globally.

They offer nearly 1,500 colors, but the high-tech “color eye” system can match almost any color from around the world.

The Breen Technology Center, on Canal Road in downtown Cleveland, is where products for the Sherwin-Williams architectural brands are created. The 340 scientists working inside the technology center are responsible for product development and research.

"Our next generation and breakthrough type of products start in this lab," Adriana Hemann, research and development scientist, said.

Hemann said products can remain in research and production from three to five years before ending up on store shelves.

"We try to design our experiments and we really look at what our customers needs are, so all the products we develop are with the customer in mind," Hemann said.

Hemann said the Breen Technology Center has several partnerships and ongoing collaboration efforts with universities and startups to understand what kind of materials and processes the scientists can use to incorporate into paint ingredients.

"With research, we like to fail often and fast. That way we can come up with really innovative products and with innovation," Hemann said. "We're really pushing the boundaries to try to get products into the customers hands that are breakthrough and innovative and are really helpful for them."

Women in STEM and importance of family

Inside the Breen Technology Center, 42 percent of the scientists are women.

This is important, because for years women with STEM base jobs were underrepresented in the labor force.

Plus, a study published earlier this year said 43 percent of women leave full-time STEM employment after their first child.

Hemann said she's proud to work for a company who recognizes the importance of women in STEM and family.

“Sherwin-Williams, really our people, our products, and our pride is what drives our innovation. It's what drives us to be the best for each other and really, for our customers," she said.

“That commitment to diversity going back to the 1800s," Osysko said. "Henry Sherwin's daughter, Belle Sherwin, was actually a women's rights activist in the Cleveland area."

Belle Sherwin was the President of the League of Women Voters and an integral leader in women's suffrage. She died in Cleveland on July 9, 1955, after receiving honorary degrees from Western Reserve University, Denison University, and Oberlin College for achievements.

Osysko said he hopes their trailblazing efforts can influence the next generation of women to enter into STEM-based jobs.

"I love to think the things we're doing and the individuals we're touching and the younger generations that it is going to inspire more young children and females to consider, you know, careers in science and engineering," Osysko said.

The Sherwin-Williams Company announced in mid-September it is searching for a new global headquarters location.

“The company’s significant growth and global expansion over the last several decades has resulted in a less than optimal configuration of headquarters, offices and R&D facilities across multiple locations,” said Sherwin-Williams Chairman and Chief Executive Officer John G. Morikis in a news release. “Given the limitations of our current footprint and driven by the needs of our customers, we are exploring options that will help us to accelerate productivity and efficiency, enhance technology and innovation, enable greater collaboration, support recruitment and retention and reduce maintenance costs over the long term.”

The company said any transition to a new facility from its current headquarters at 101 West Prospect Avenue wouldn’t happen until 2023 at the earliest and the move would require board approval.

Sherwin-Williams has an extensive list of monuments, bridges and other landmarks where their paint can be found. This list includes: The White House, Air Force One to the Golden Gate Bridge, signs on the Las Vegas strip, airports and baseball stadiums across the country.

More than 500 patents are owned by Sherwin-Willams.

The company's Center of Excellence, located on Prospect Ave., is a showcase of their history and inventions throughout the last 150 years. This video is a short tour of that space.