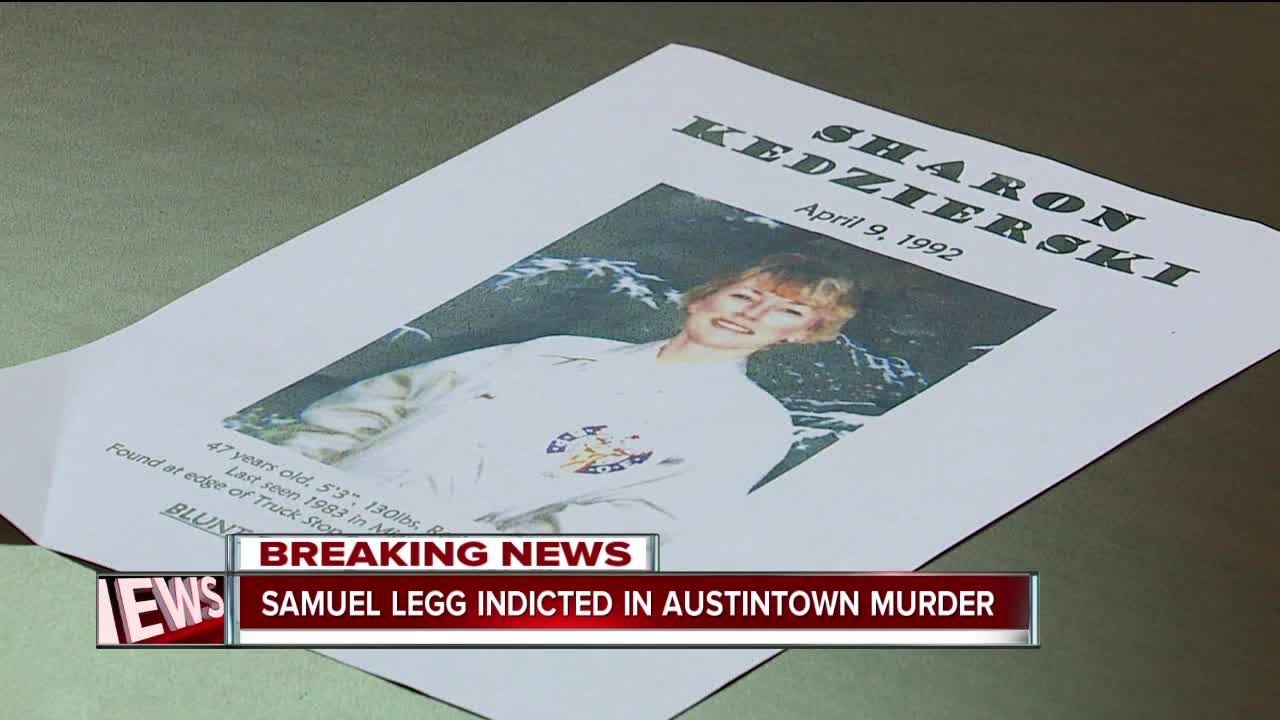 An Arizona man who was arraigned in Medina County court on Thursday in connection with a cold case rape from 1997 has been indicted on charges for the death of a woman in Austintown in 1992. 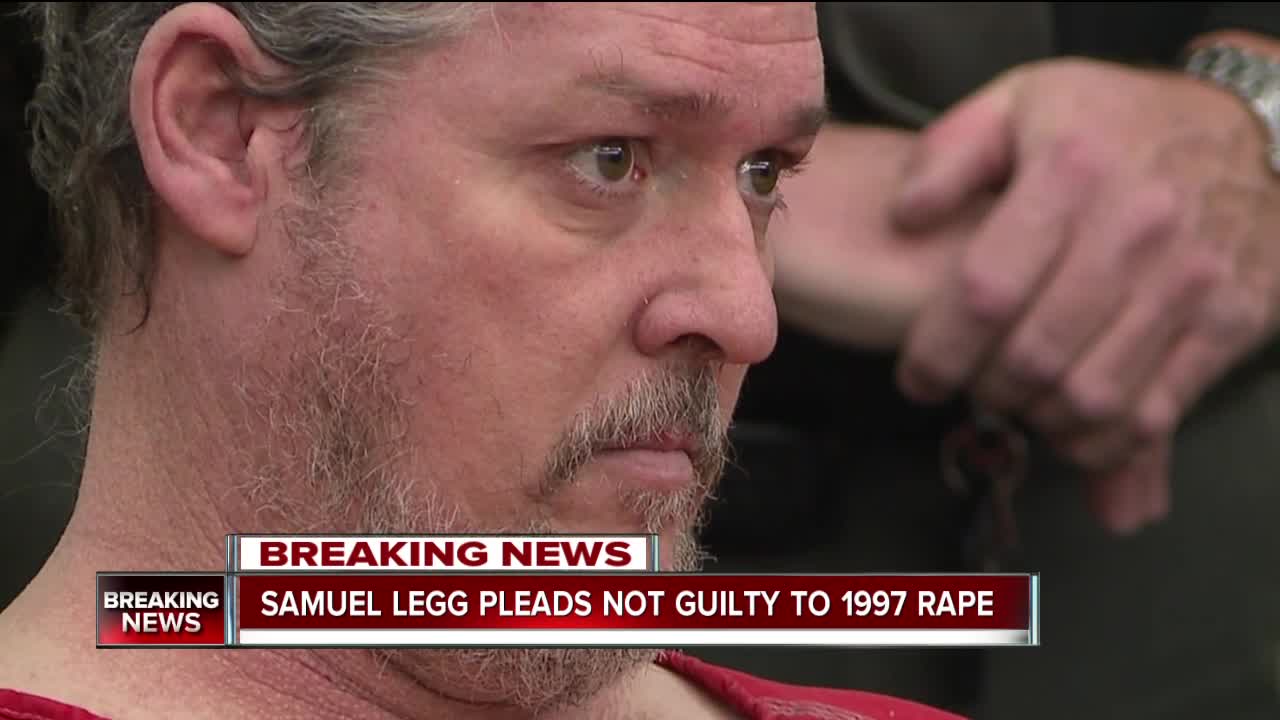 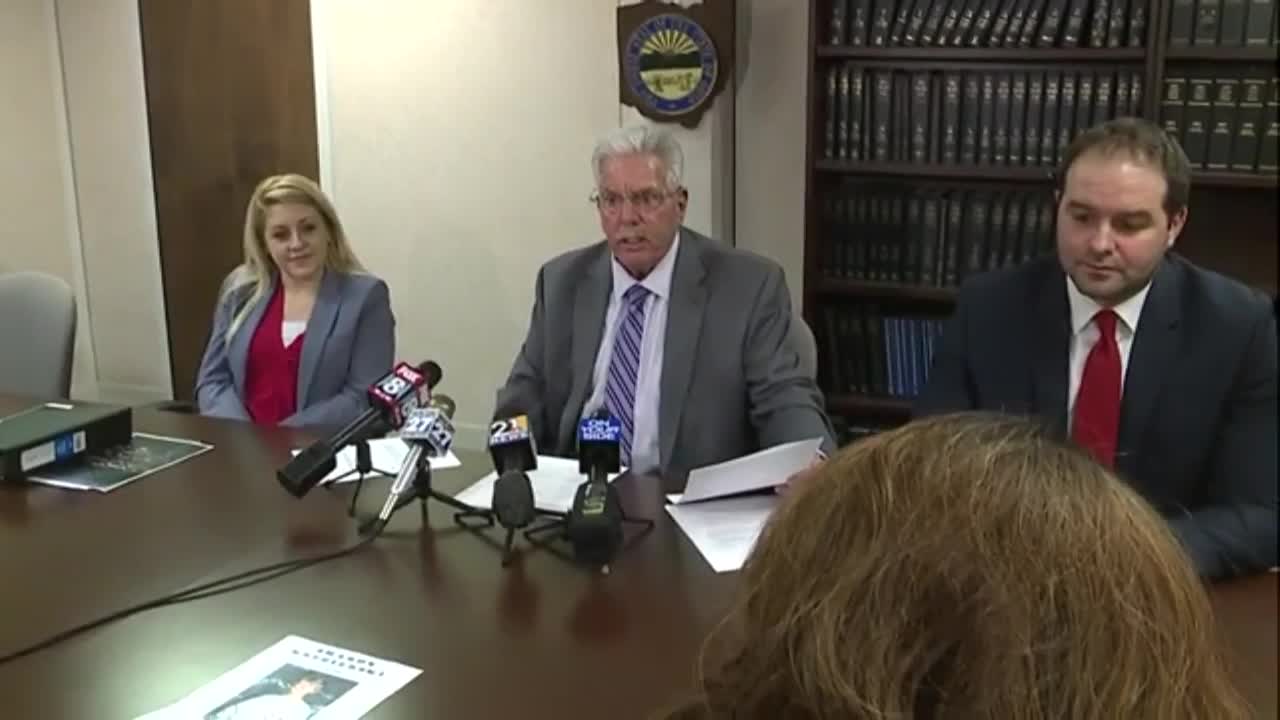 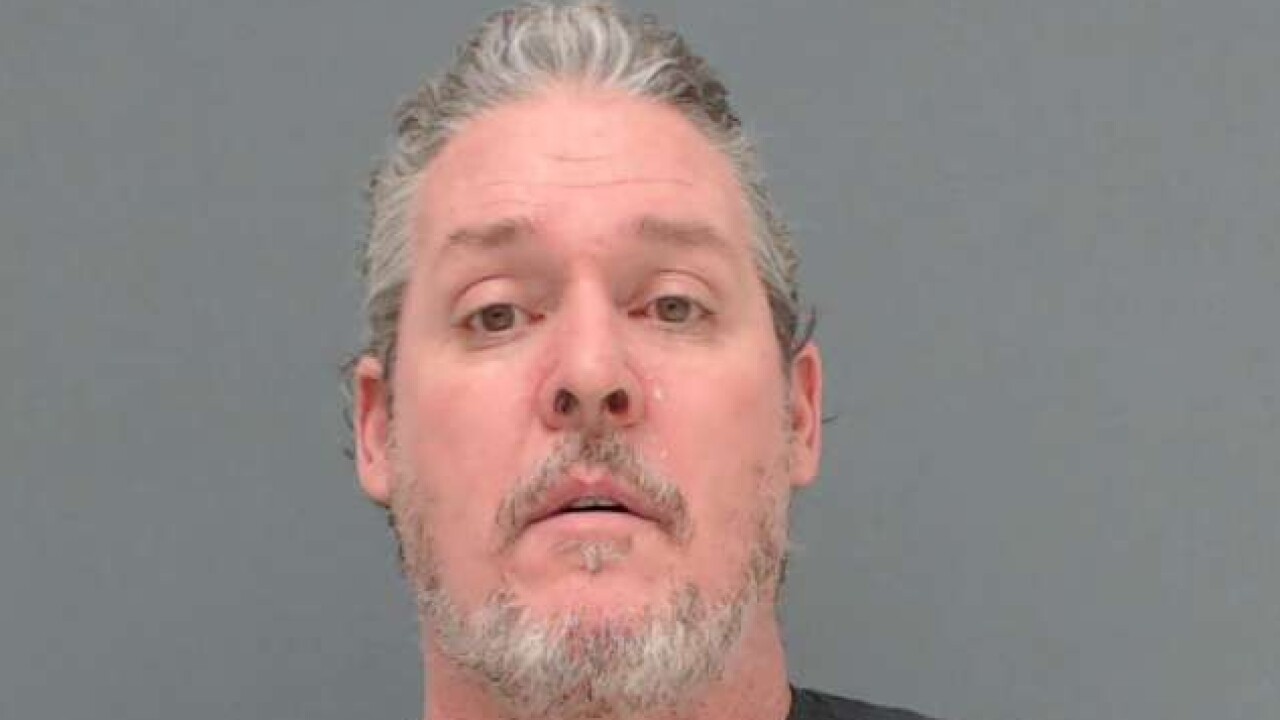 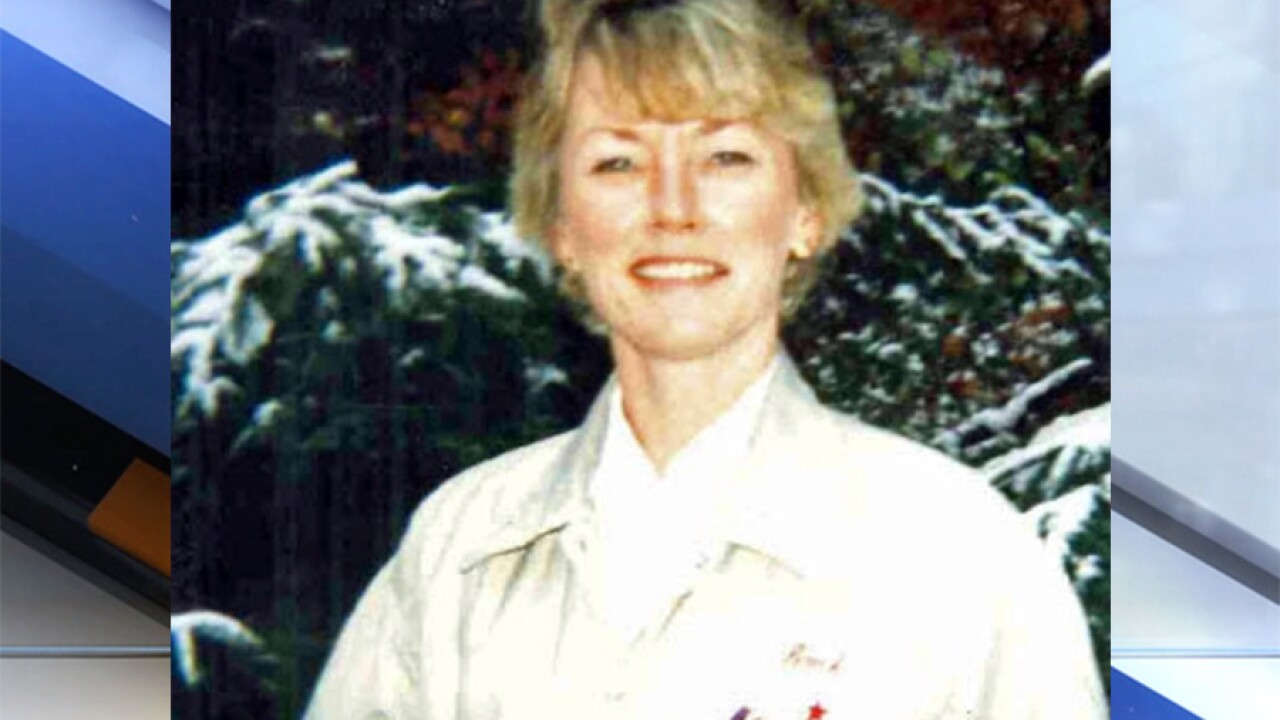 AUSTINTOWN, Ohio — An Arizona man who was arraigned in Medina County court on Thursday in connection with a cold case rape from 1997 has been indicted on charges for the death of a woman in Austintown in 1992.

Samuel W. Legg III has been indicted in connection with the death of Sharon Lynn Kedzierski, according to court documents. Legg was charged with three counts of aggravated murder and one count of murder.

"No one gave him the right to finish my mom's journey," said Kedziersi's daughter, Katherine Kuring, in an interview with News 5. "Her journey wasn't done and his rights on Earth are now over. His relationship with God is between him and God. It's time to discuss how his soul is going to be managed, but for his days on Earth, he doesn't have any more liberties."

On April 9, 1992, a woman’s body was found at a truck stop on I-80 near Route 46 in Austintown, according to the Ohio Attorney General. The woman was listed as a Jane Doe for more than two decades after her body was found just west of Youngstown.

Authorities say the woman died from multiple blunt force injuries to the head, face and chest. Her official cause of death is listed as asphyxiation.

According to an article from The Vindicator in 2013, authorities said the woman appeared to have been killed at a different location and then dumped in the woods near the truck stop. She was found by a woman walking her dog. Police at the time told the paper that the woman’s body had been there for around a day, possibly two, before she had been found.

It wouldn’t be until February 2013 when authorities would positively identify the body as Kedzierski.

Austintown police confirm Samuel Legg has been indicted for 1992 murder of Sharon Kedzierski. Her body was found at a truck stop. Legg is also suspected in 3 other murders and a 1997 rape case out of Medina County. @WEWS pic.twitter.com/b1BDHfxBvp

Kuring said that she and her sister provided DNA samples, and that is what positively identified Kedzierski in 2013.

Kuring said her mother was supposed to take a train from Florida to New Jersey in 1989, and that's the last time she was ever seen.

"My mom wasn't trash," Kuring said. "She was not on the fringe of society. She was a middle class mom of two." Kuring added that Kedzierski was a stay-at-home mom for a while, and later worked as a bookkeeper and branch manager for H & R Block.

Legg is currently residing in the Medina County Jail on rape charges from the 1997 cold case. He is being held in lieu of a $1 million bond.

In that incident, authorities say Legg allegedly raped a 17-year-old hitchhiker who was heading to Lexington, Ohio after she visited her boyfriend in Cleveland, authorities said.

At the time, Legg was working as an independent truck driver for a company out of Hinckley. That case would go unsolved until he was connected by familial DNA used to identify possible suspects for unsolved crimes, authorities said.

Legg was located in the outskirts of Phoenix, Arizona. Authorities took another DNA sample and extradited him back to Ohio to face prosecution.

Authorities said “no other human being on earth except Mr. Legg could have been the contributor of the DNA” found in the evidence they had involving the rape victim.

Kedzierski’s death is the only homicide in which Legg has been charged in connection with.

"It doesn't even look like he was hiding from this, if he's truly affiliated with all of these different crimes, including my mom's," Kuring said. "It just seems like he doesn't process it as it being a problem and that's so disturbing."

In the gallery for Thursday’s arraignment was Nicole Myers, the childhood best friend of Leggs’ one time step-daughter, 14-year-old Angela Hicks.

In the summer of 1990, Hicks was reported missing. About a month later, Hicks’ partially-mummified remains were found in a wooded area in Elyria.

“He looked a lot different than a 21-year-old guy that I remember him being,” Myers said. “He looked like he has had a rough life and has lost a lot of sleep. It’s sad but it’s happy. I don’t even know how to feel about that because it’s not right. It’s been a long time.”

Legg was interviewed as part of the investigation into his step-daughter’s death because he was reportedly one of the last people to see Hicks alive. According to newspaper reports at the time from The Chronicle-Telegram, Angela was found lying naked in a fetal position with several articles of clothing nearby.

Legg was given a polygraph test but charges were never filed. Over the nearly three decades since Hicks’ death, Myers has never given up hope that justice would be done. She has routinely checked in with detectives assigned to the case and routinely posts on social media.

Legg was wide-eyed throughout his arraignment. The judge presiding over the arraignment ordered a competency evaluation for Legg. A hearing has been scheduled for mid-April.

Authorities said Medina County detectives picked Legg up from a group home in Chandler, AZ, a suburb of Phoenix. According to records provided to News 5 from the Chandler Police Department, Legg has a documented history of mental illness. Legg has also walked away from the group home or group home-related activities on multiple occasions.

“Samuel is on medication for Schizophrenia. He hears voices that tell him he is needed in court in Tucson. [Group home employee] says Samuel has solicited rides from truck drivers previously to get to Tucson and has been found miles from the group home in the past,” a February 2017 police report reads. “A supplemental report stated that Legg had missed two dosages of his psychotic medication used to treat his Schizophrenia.” Legg was found a day later.

Legg’s alleged mental instability also cropped up in 2016, according to police records.

“Legg has been diagnosed with depression, anxiety, neurosyphilis and delusions,” a report states. “[A group home employee said] Legg’s behavior and cognitive delusions and hallucinations were worsening and he would be transferred to an appropriate facility closer to his doctor in Phoenix.”