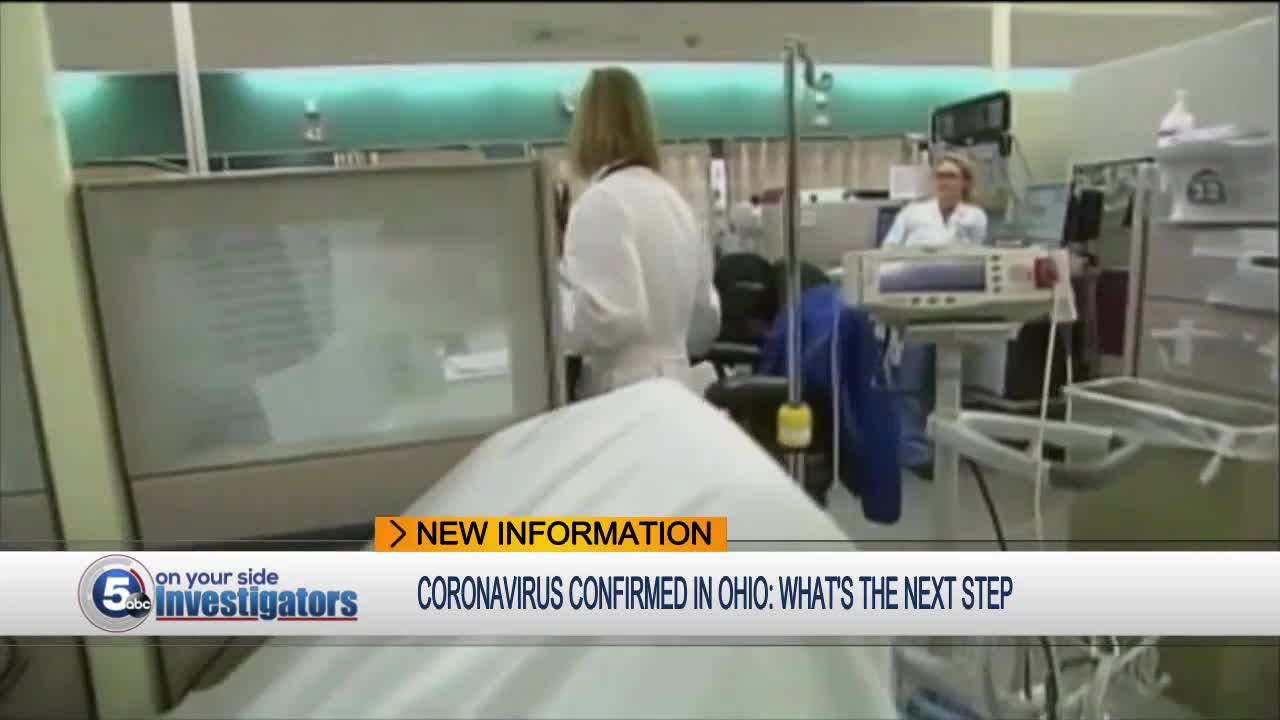 Governor Mike DeWine confirmed the three people in Ohio who tested positive for COVID-19 are in Cuyahoga County. Coronavirus has infected over 100,000 worldwide and caused the deaths of over 3,400, according to Johns Hopkins University. 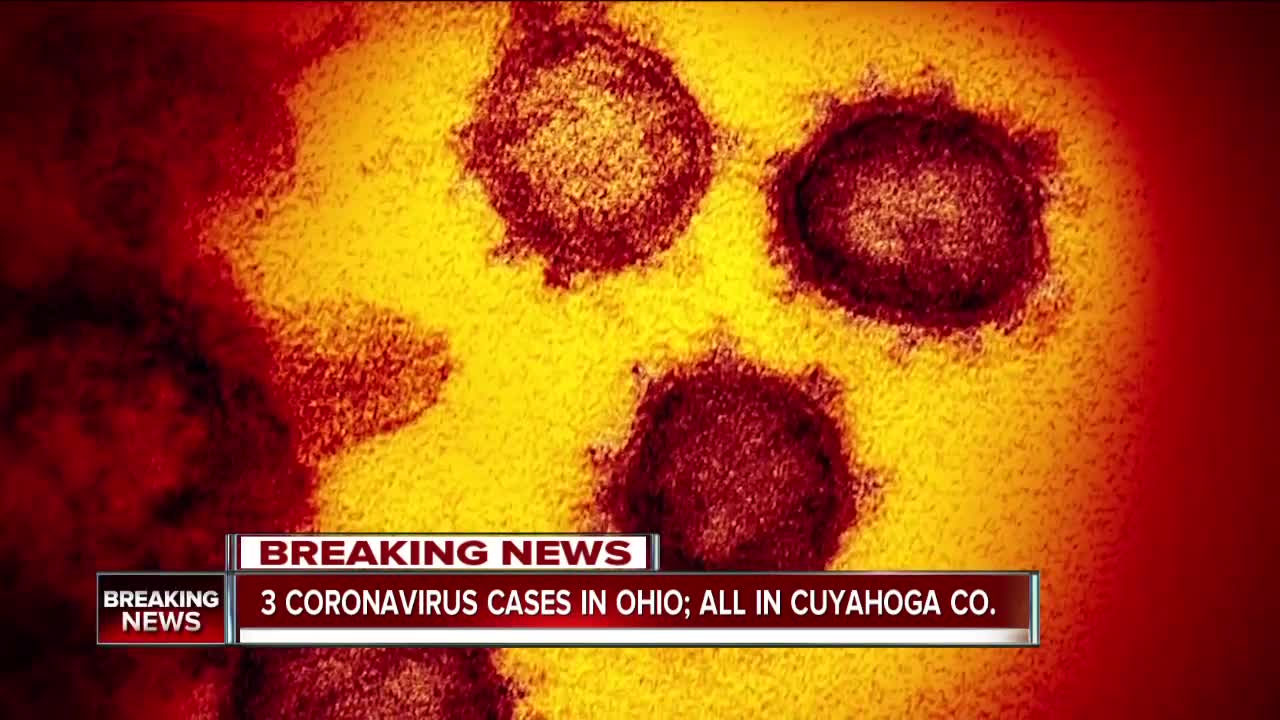 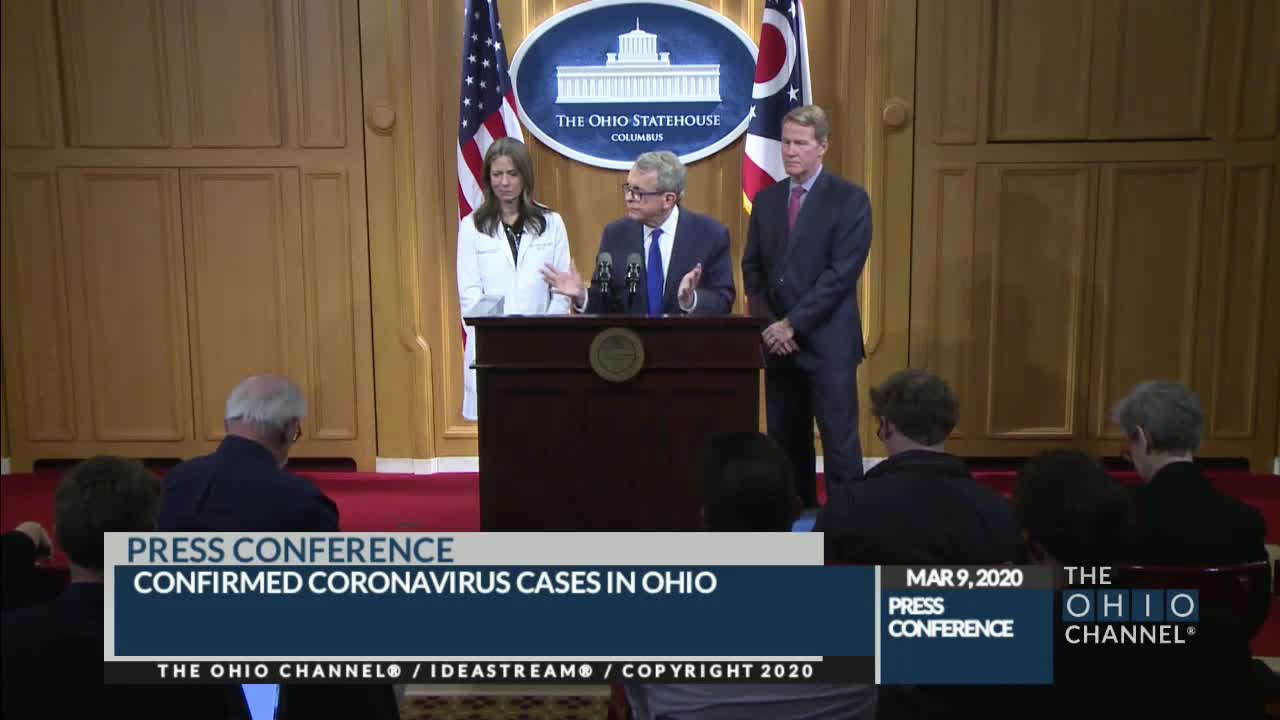 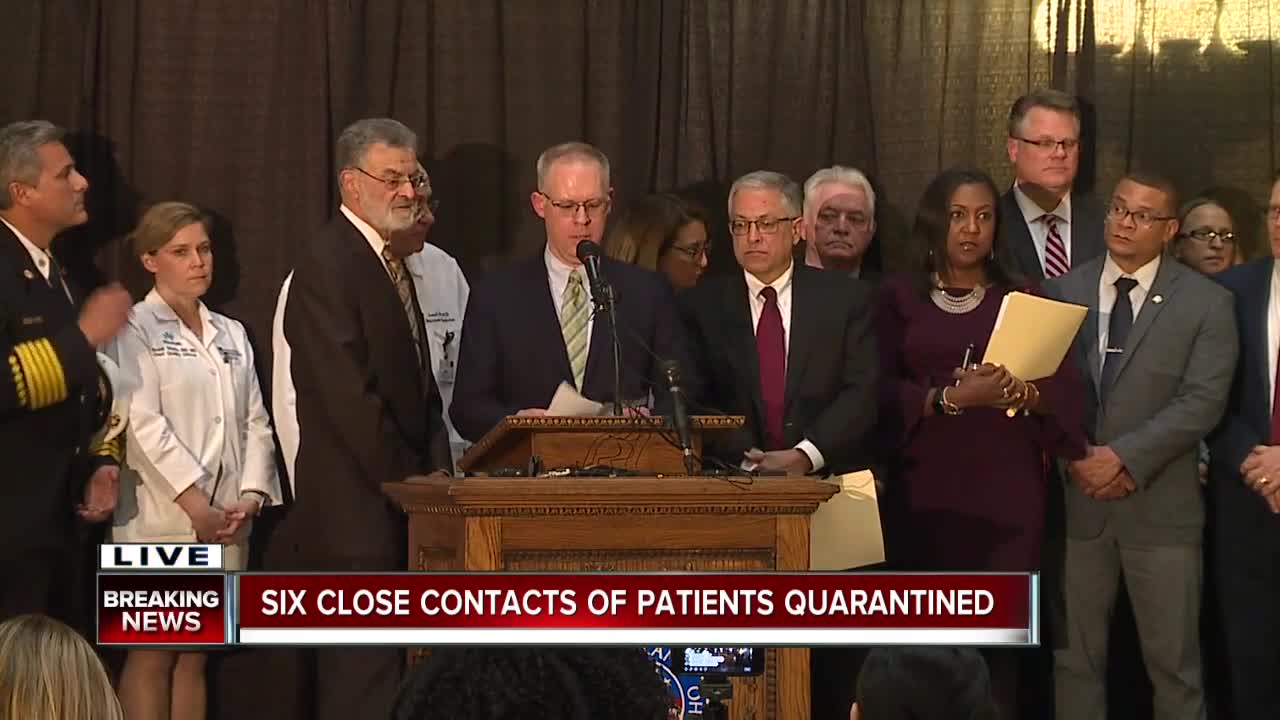 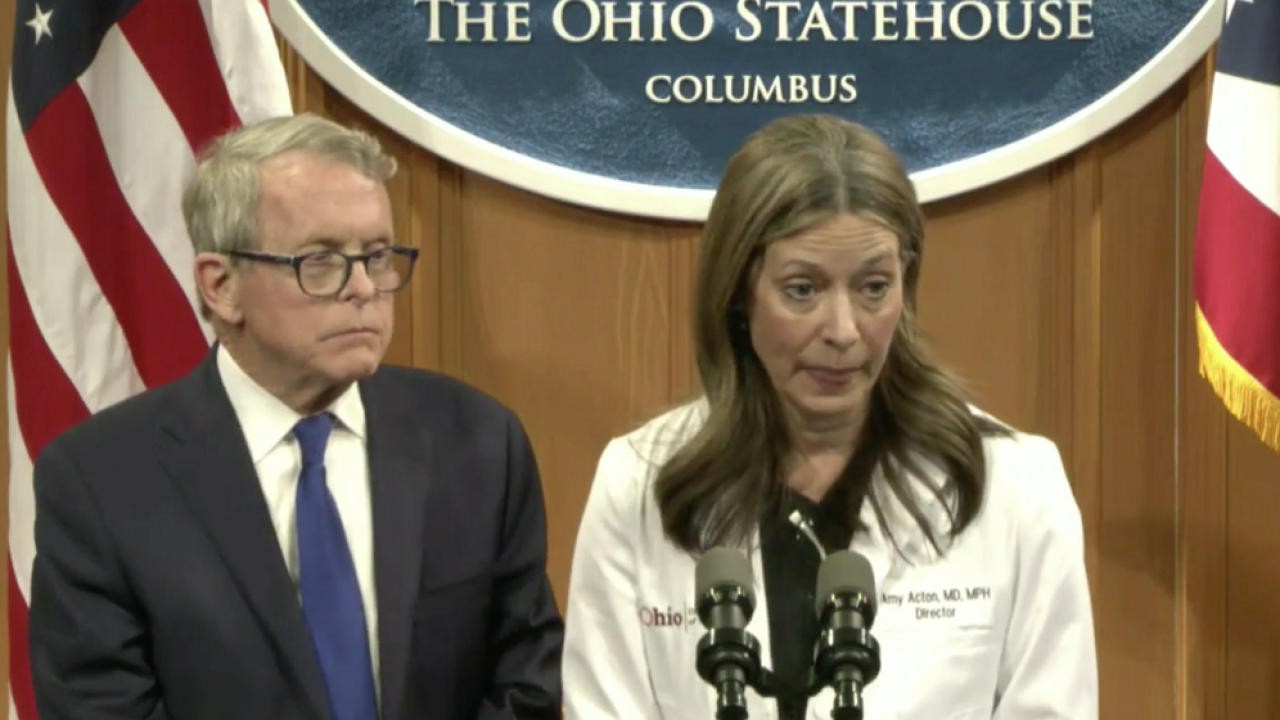 COLUMBUS, Ohio — Governor Mike DeWine confirmed the three people in Ohio who tested positive for COVID-19 are in Cuyahoga County. Coronavirus has infected over 100,000 worldwide and caused the deaths of over 3,400, according to Johns Hopkins University.

This afternoon we learned that three Ohioans have tested positive for #COVID19. It's important for us to take aggressive action to protect Ohioans, and therefore, I have declared a state of emergency in #Ohio.

DeWine and Jackson held separate press conferences on the COVID-19 cases. You can watch them below.

The governor said that all three cases are in Cuyahoga County.

According to the governor, two of the cases are from a married couple that went on a cruise on the Nile River.

The other case is from a person that went to the AIPAC conference in Washington D.C. According to a cantor from the Jewish Temple in Beachwood, 160 people from Cleveland attended the conference.

The three patients are between 54 and 56-years-old, according to officials. None of the positive cases have been hospitalized at this time.

Terry Allan, the commissioner of the county board of health, said that all three people live outside of Cleveland.

"People need to know that these people were already on the radar of our public health departments, and this is why they were under quarantine already,” said Thomas Collins, MD, medical director of the City of Cleveland Department of Public Safety.

Six people in the state who have been in close contact with the three positive cases are being quarantined at home for a minimum of 14 days.

Officials said they have tracked 260 people in Ohio that have traveled to areas of concern.

“This is a very dynamic situation across the world, not just the city of Cleveland,” Collins said. “And so we are watching this very closely and working with our public health partners in the city and the county and the state to see what the threats will be to our communities."

City and county leaders are not canceling any major events right now.

They said they will be making "day to day" decisions about canceling events.

The State of Ohio has capacity to test 300 to 400 people a day. Third party and commercial labs are ramping up their testing capacity.

"We really want to make sure that, while we don’t have a ton of testing capacity quite yet in the state of Ohio, we have some,” said Heidi Gullett, MD, MPH, the medical director at the Cuyahoga County Board of Health. “We want it reserved for the sickest folks."

The Jewish Federation of Cleveland said a member of their staff was one of the people diagnosed with coronavirus.

As a precaution, the Jewish Education center offices will be closed for two weeks.

“We don’t think people should be flooding into hospitals to be tested,” Allan said. "You can expect to see more positive tests coming in the future. It is a marathon not a sprint."

An extensive investigation has been initiated to find and observe those who have been in direct contact with the three confirmed cases, according to DeWine.

Merle Gordon, Director of the Cleveland Department of Public Health, told News 5 the city has taken comprehensive steps to disinfect all city buildings and assist many other locations. They are working with the Cuyahoga County Board of Elections in light of the upcoming March 17 Ohio Primary.

“We're making sure that they’re sanitizing the frequently touched objects, which are the pens and the stylus," Gordon said.

"We're working with schools to universities to social service organizations to senior centers, we're reaching out to the business community as well.”

"Hopkins International Airport and all the airlines have stepped up sanitizing, but we suggest people take also take those matters into their own hands, and have sanitation measures on them, so they can wipe down seats and commonly touched surfaces."

The World Health Organization confirmed the death rate for the novel coronavirus is about 3% - higher than that of the average flu strain. The organization also said that while the disease does not spread as quickly as the average flu, because the viral strain is so new, it still poses an issue due to lack of immunity built up in humans.

In the U.S., at least 236 people have contracted COVID-19 — the majority on the west coast. Fourteen people have died as a result of the disease — 13 in Washington state, and one in California.

In Ohio, the Department of Health tested at least eight people for the disease, all of whom came back negative. Before the coronavirus case was confirmed, there were two persons under investigation for disease. Since the COVID-19 outbreak, 255 travelers were referred to the Ohio Department of Health for Monitoring, but after completing their self-monitoring period, they were not exhibiting symptoms.

Coronavirus concerns forced Gov. Mike DeWine to impose restrictions on the popular Arnold Sports Festival in Columbus in early March – spectators were not allowed any of the events at the annual fitness and weightlifting festival except eight finals events on Friday night and Saturday.

The Ohio Department of Health has set up a call center to answer your questions regarding coronavirus, or COVID-19.