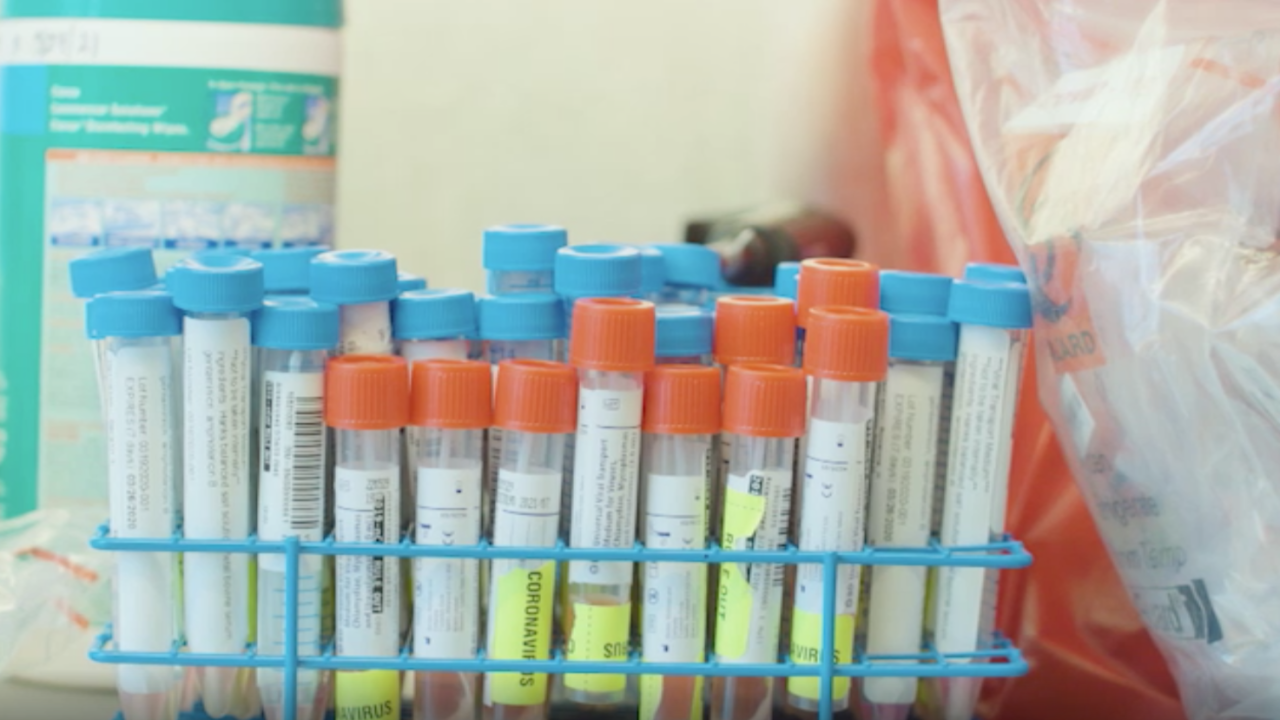 COLUMBUS, Ohio — The following article was originally published in the Ohio Capital Journal and published on News5Cleveland.com under a content sharing agreement.

At least 535 Ohioans died of COVID-19 and 35,500 residents contracted the disease in July, state data shows.

More than 2,400 Ohioans were admitted to the hospital in July, elevating the number of coronavirus patients in state hospitals to their highest levels of the pandemic.

She’s been serving in an advisory capacity since early June, when she retired as state Health Department Director. The timing is really something. pic.twitter.com/XaLIyH5qJL

“The month of July has brought, every single week, substantial increases in the number of cases over where we had been every week between March and June,” Dr. Heidi Gullett, medical director for the Cuyahoga County Board of Health said Friday.

“Our July numbers exceed everything we thought could have happened.”

Looking at a seven-day moving average of new cases, about 873 people were contracting COVID-19 at the beginning of the month versus nearly 1,380 by Friday.

Discounting the mass testing within Ohio prisons (themselves the source of nearly 5,300 cases), most of the pandemic’s worst days came in July:

The 3,539 Ohioans who have died during the pandemic trend older, with a median age of 80.
Deaths reported by the Ohio Department of Health (by day the department reports the death, not by date of death) has increased.

A much younger cohort, however, wound up in the hospital with COVID-19. Nearly 25% of people hospitalized from COVID-19 are younger than 50.

“I think we’re in for — it’s going to get worse before it gets better,” said Dr. James Hill, critical care physician and chief medical officer for UH Parma Medical center.

He said he sees patients all the time who note, with “humility,” that they opted against following social distancing guidelines.

Summer is typically a slow season at the hospital, but Hill expressed concern for what’s to come in flu season.

“Now I’m looking at a coronavirus pandemic on top of an influenza season,” he said. “That’s a really hard thing to have to manage.”

While the epidemic worsened in Ohio throughout July, the state has thus far avoided some of the more rampant explosions seen in North Carolina, Arizona, and a sweep of Sun Belt states.

However, as Gov. Mike DeWine warned on Meet the Press on July 19, “we are at the point where we could become Florida,” reasoning Ohio’s numbers at the time look like Florida’s did a month before the outbreak ballooned there.

Testing continues to pose a challenge to the state’s response. Ohio conducted about 22,000 tests per day in July, according to data from the COVID Tracking Project. That’s far short of a benchmark set by Harvard Researchers for how many tests the state needs to conduct to properly surveil the epidemic.

State officials estimate they’ll increase that number to 24,000 per day in August, according to planning documents submitted to the federal government.

The Ohio General Assembly has generally avoided a legislative response to the pandemic at large, though lawmakers have made various efforts toward designing plans for Election Day in a pandemic unlikely to fade by November.

Interim Health Director Lance Himes, who has yet to appear at the governor’s press briefings since he took over in June, issued an order July 23 requiring the wearing of facial coverings statewide.

Gov. Mike DeWine signed an executive order Friday banning the sale of alcohol at bars and restaurants after 10 p.m. and any on-site consumption after 11 p.m.

The order comes in response to what Cuyahoga County Health Commissioner Terry Allan called a “statewide phenomenon” of an increasingly younger crowd contracting COVID-19 after visiting bars and restaurants in the community.

The Columbus City Council first imposed the rule, only to have it frozen via a temporary restraining order filed by a common pleas judge in response to a lawsuit from a string of bars and restaurants challenging the statute.

While August data is limited, it does reflect modest drops in new caseloads and reported deaths, a potential sign of reprieve.

On Monday, the state reported 932 cases, the third day of only triple-digit new caseloads in a row, a feat not seen since early July.