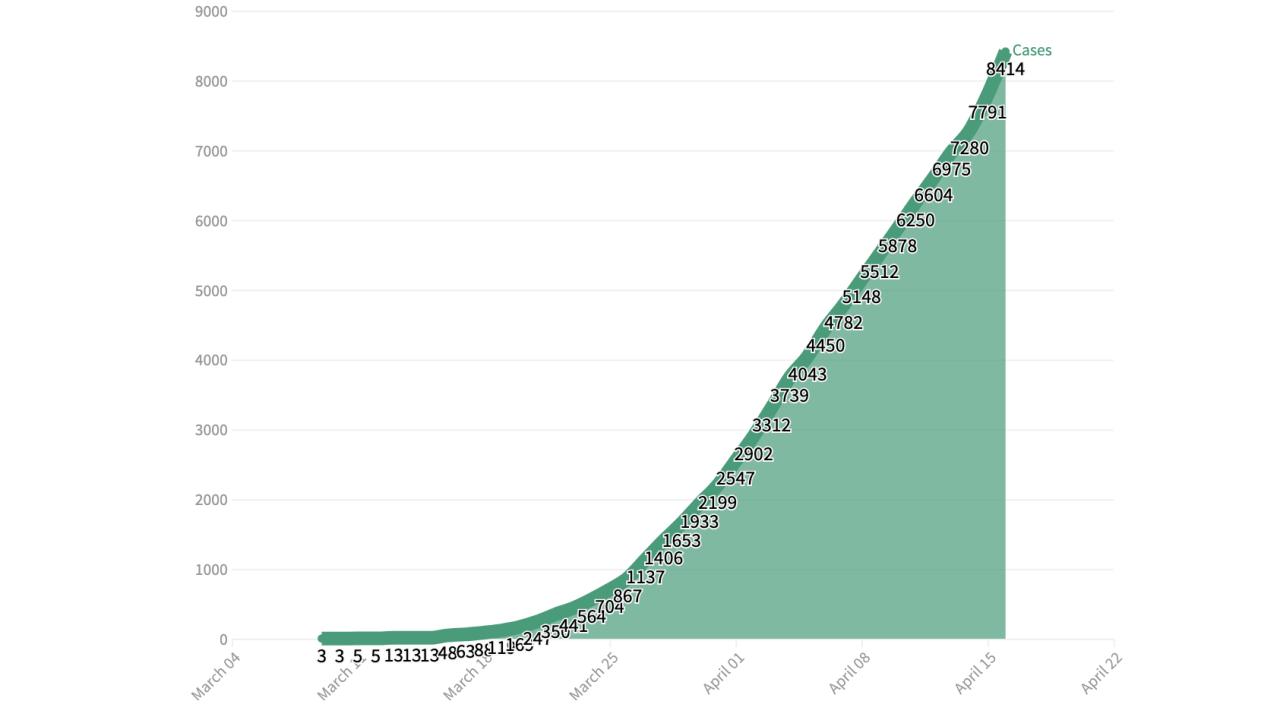 COLUMBUS — The Ohio Department of Health has confirmed 623 new cases of COVID-19 Thursday, making today the largest increase in new cases in a single day so far, a day after Wednesday’s update confirmed a total of 511 new cases.

Gov. DeWine said while Ohioans are doing a “phenomenal job” staying at home and social distancing, he hopes the data begins to change.

“We've got to get more data, we've got to see that continue and of course we hope it doesn’t stay flat too long. We hope it starts edging down,” DeWine said.

There is now evidence of more community spread as Dr. Acton said 87 out 88 counties have confirmed cases of COVID-19.

Here is a county by county map that shows the total number of confirmed cases.

To date, 74,000 people have been tested in Ohio, and Acton hopes to maximize that capacity and to increase those numbers so we have a better idea of who is infected in the community.

“A lot is made of this, but we shouldn’t be surprised by this data," Acton said. "It’s not that hospitals or nursing homes are doing something wrong, it’s just as the governor said these are very, very high risk places where more of our populations are exposed. The work that is being done is, is heroic. And we are coming alongside them to do that job well."

It's also important to note that some of the counties with the most cases are also home to prisons, where testing has increased, according to Gov. DeWine.

"They’re gonna test everybody but they started with the people that are most at-risk, and those who indicated that they had some susceptibility and look like they might have COVID-19, but everyone’s getting tested so those numbers are gonna go up very, very significantly," DeWine said.

The state did not include recoveries in its daily data update.