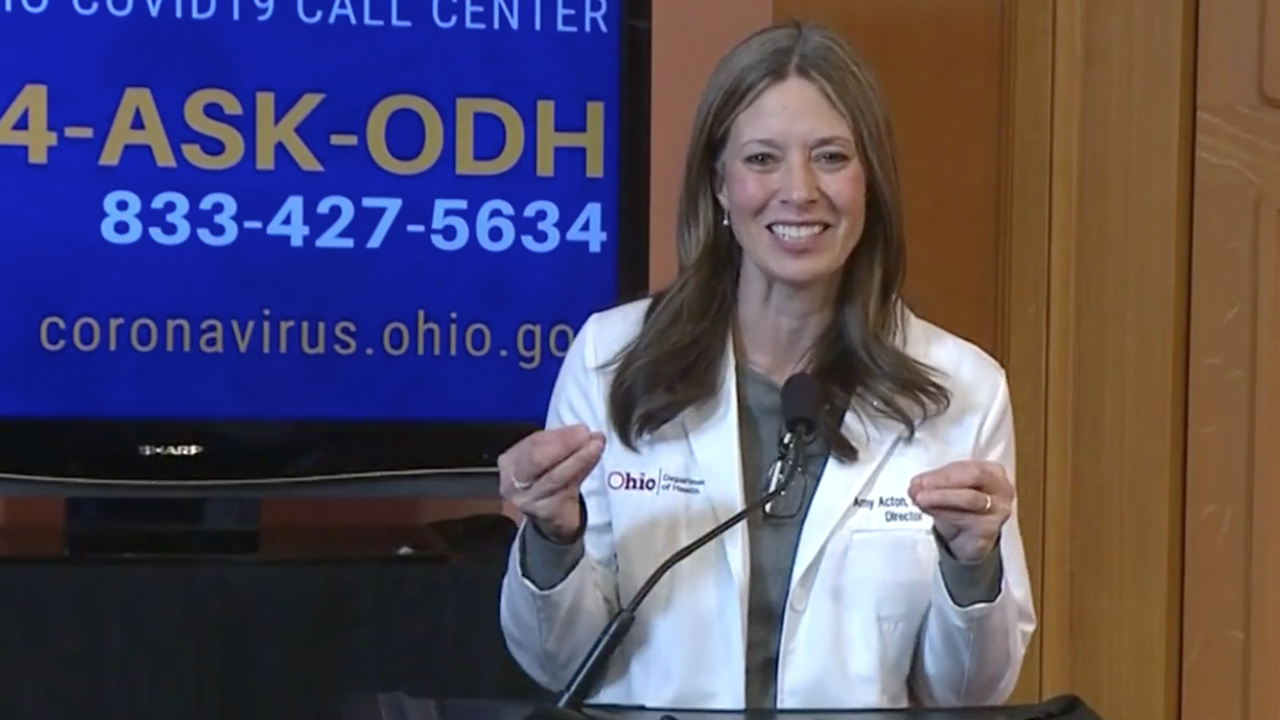 Acton resigned as the director of the Ohio Department of Health in June, but was asked to stay on as DeWine’s chief health advisor. She stepped down in June following a period of intense public criticism from a vocal minority.

In addition to advising DeWine, she has also been preparing for her role in testifying in court for some of the lawsuits that have been brought against the state of Ohio regarding the state’s COVID-19 response.

DeWine said that Acton told him on Monday that she has decided to leave government to return to her work at the Columbus Foundation, which is where she has worked before.

Acton became a fixture of DeWine’s daily briefings during the early stages of the COVID-19 pandemic, and was widely praised, including by DeWine, for her “wealth of knowledge, combined with her calming bedside manner” and for remaining “strong, resolute, determined and brave” in the face of criticism.

Every day, she delivered the sometimes-grim statistics as COVID-19 spread around the state, and as director of the ODH, signed into effect some of the most impactful public health orders in the state’s attempt to “flatten the curve” and slow the spread of the disease.

Some Ohioans adored her. Others, not so much.

The "Dr. Amy Acton Fan Club” Facebook group boasts over 130,000 members. She gained national attention for her response in the early days of the pandemic. A bill introduced last month would declare Feb. 26 “Dr. Amy Acton Day.” She appeared on a special edition of Sesame Street that aired on CNN. She has been commemorated with her own bobblehead. She has been recognized and celebrated in a multitude of other ways by Ohioans.

Others chose Acton as a target for strife amid the impacts of the novel coronavirus and the state’s response. Protesters gathered outside her home in Bexley, Ohio in May. A number of bars and restaurants named Acton personally in lawsuits over the state’s lockdown of businesses earlier this year and their subsequent orders and guidelines around reopening. Several state representatives called for Acton’s resignation.

DeWine made his feelings about Acton clear on Tuesday, saying: “As I have said before, not all heroes wear capes, one wears a white coat with a name on it. Dr. Amy Acton — we wish you well. We look forward to continuing to talk with you and see you in the future. Thank you for all the help that you’ve given the people of the state of Ohio.”