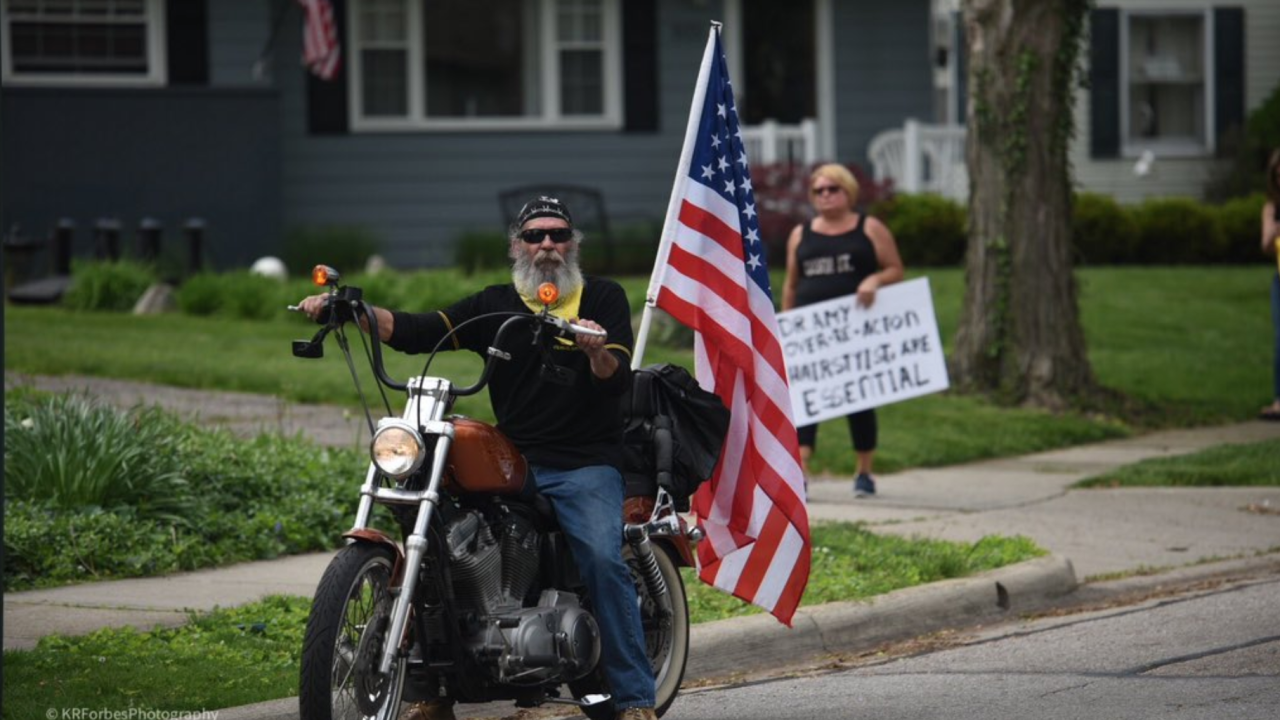 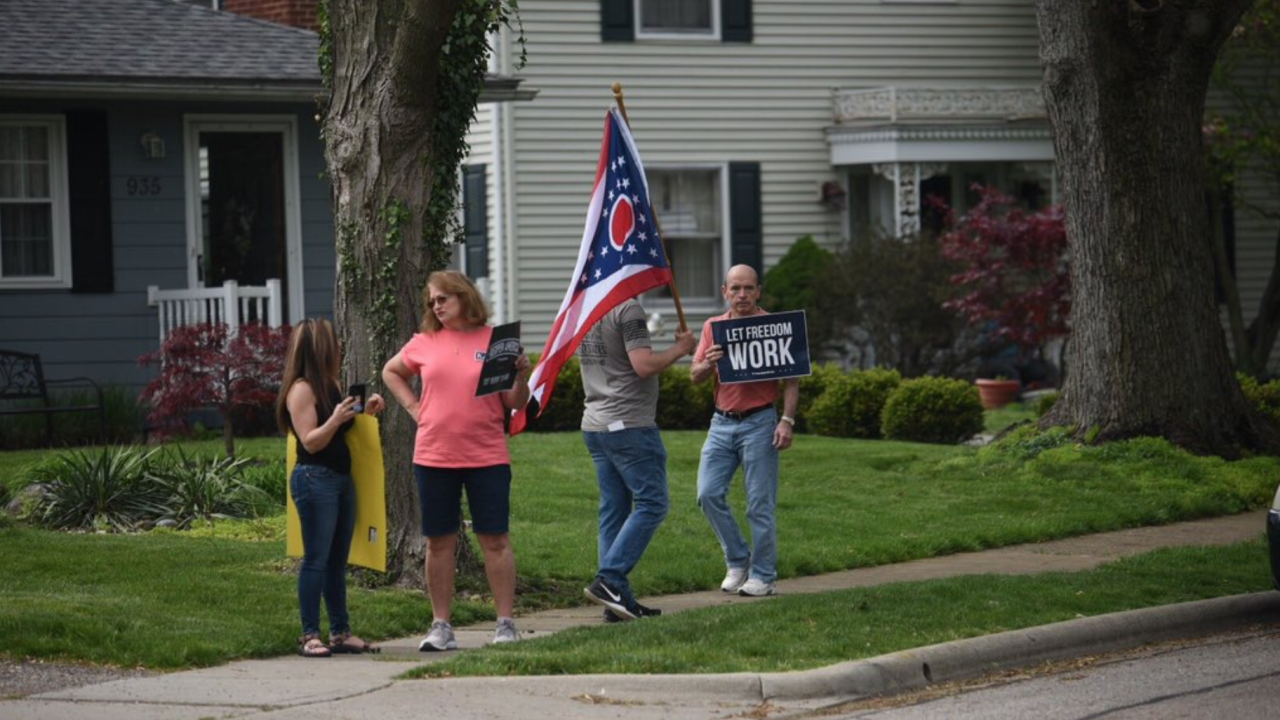 KRForbesPhotography, a freelance photographer, captured images of the protesters holding signs, one of which read “Dr. Amy Over-Re-Acton Hairstylists Are Essential” and another that read “Let Freedom Work.”

Neighbors told KRForbesPhotography that they had seen “several men walking up and down the street with assault weapons stating that there will be no violence. ‘For now,’” according to the freelance photographer.

A small group of protestors have gathered in front of the central Ohio home of Dr Amy Acton. Neighbors report several men walking up and down the street with assault weapons stating that there will be no violence. “For now”
#ohio #amyacton #thisisamerica #asseenincbus pic.twitter.com/xC3HT0oVi6

Two Bexley police officers were on the scene observing the protest, which they said took place on the public sidewalk and didn’t last long, according to the Bexley Police Department.

Police said the 15 to 20 protesters did not participate in disruptive or criminal activity and no action by law enforcement was necessary.

Just several hours after the protest in Acton’s neighborhood, another gathering was held, this one in support of her.

Physicians from the Physicians Action Network stood outside of the Statehouse in Columbus in support of Acton and other health care workers Sunday afternoon.

Some of the signs read “Doctors stand w/ Dr. Acton #FlattenedCurve #ThankYou,” “I stand with Dr. Acton,” and “Dr. Acton we have your back.”

The Physicians Action Network, formed in 2016, is a group of health professionals across Ohio who “want to take a coordinated stand in support of progressive groups and causes.”

DeWine said that groups are being assembled to help guide the state on best practices that will allow them to plan the reopening of the businesses left out of the first wave.