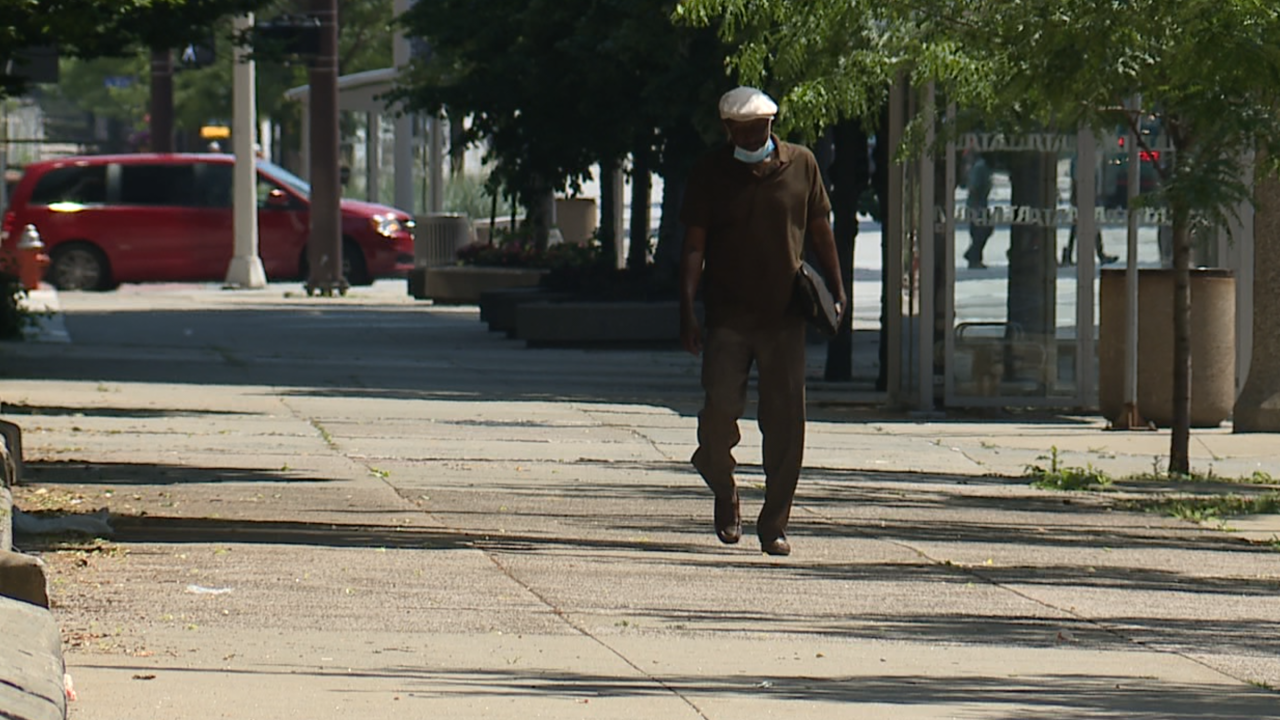 Bob Fenner
A man seen with a mask walking through downtown Cleveland.

As of Monday, Cuyahoga County has been designated by the Ohio Department of Health’s Advisory System Risk Level as Level 3 for COVID-19, a level characterized for very high exposure and spread.

The proposed legislation would require face masks in the following places:

If passed, the proposed legislation would not apply to the following people and scenarios:
a. to persons under the age of six;
b. to persons with a medical condition or developmental disability that prevents them from wearing a face covering;
c. to religious facilities;
d. to restaurant and bar patrons while seated at his or her table or at the bar while eating or drinking;
e. to individuals in a school setting in compliance with any regulations or requirements of a school district;
f. in settings where it is not practicable or feasible to wear a face covering such as when receiving dental services, medical treatments, or while swimming;
g. when walking or exercising outdoors so long as physical separation of not less than six feet is maintained, or while walking or exercising outdoors with other members of the same household;
h. while actually engaged in exercising in a gym or other similar indoor facility so long as physical separation of not less than six feet is maintained and the individual wears a face covering at all times when not actually engaged in exercising;
i. when an individual is in his or her work office, conference room, or other workspace not intended for use by the general public;
j. when inside a personal or commercial vehicle either parked or moving that is not a vehicle being used for public transit;
k. to individuals while acting in their official capacity as a public safety employee or emergency responder when wearing a face covering would interfere with or limit their ability to carry out their official duties or functions, including peace officers, firefighters, and other public safety or emergency medical personnel that support public safety operations; and
l. to individuals complying with the directions of public safety employees or emergency responders as described in “k”.

The proposed ordinance states that any person found without a face mask would be subject to a written warning on the first violation and a civil penalty of $50 for a second and each subsequent violation.

Any municipality within the county can opt-out with appropriate legislation.

Cuyahoga County Executive Armond Budish asked the county council to introduce the mask legislation at Tuesday's regular council meeting at 2 p.m. The item is being added to the agenda per his request, but will only be introduced at Tuesday's meeting. The item will then be discussed in a future Committee of the Whole, which has not yet been scheduled. The meeting at 2 p.m. on Tuesday will be streamed on the county's YouTube page.

The cities of Beachwood and Cleveland have followed in the steps of Dayton to make wearing masks mandatory.