Gov. DeWine says he's feeling fine, and just has a headache, after testing positive for COVID-19 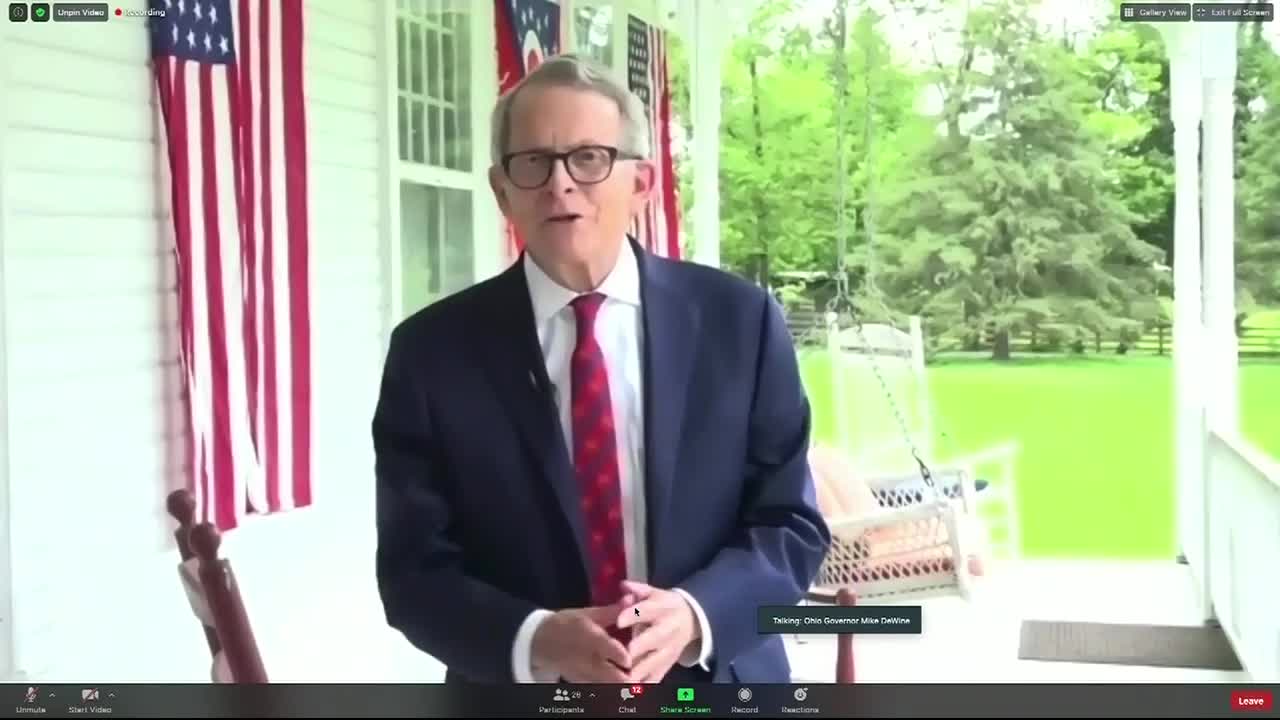 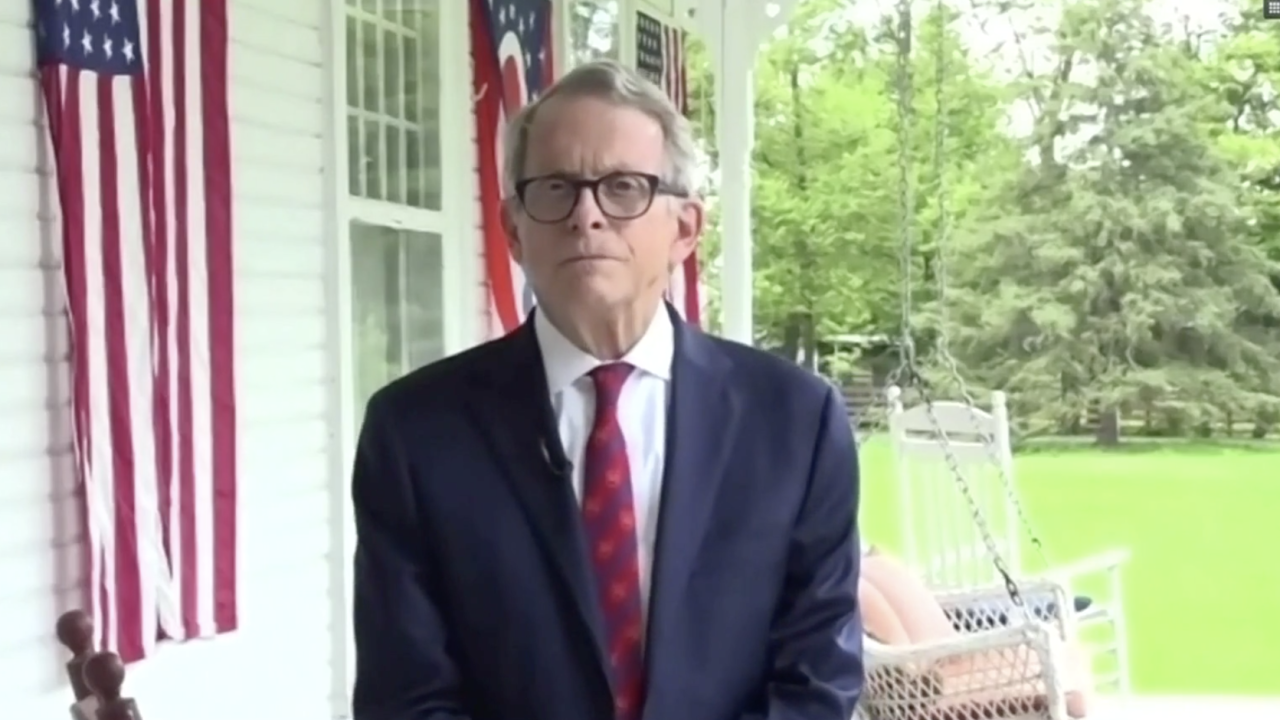 CEDARVILLE, Ohio — In a Thursday afternoon press conference conducted via video from his home, Gov. Mike DeWine said that he's feeling "fine" after testing positive for COVID-19 this morning ahead of President Donald Trump's visit to Ohio. DeWine took a rapid test as part of standard protocol before he was to meet Trump at Burke Lakefront Airport in Cleveland. He had planned to join the president on a visit to the Whirlpool Corp. plant in Clyde.

As part of the standard protocol to greet President Trump on the tarmac in Cleveland, I took a COVID test. I tested positive. I have no symptoms at this time. I’m following protocol and will quarantine at home for the next 14 days.

According to DeWine, he's asymptomatic, except for a headache. Jokingly, DeWine said he has dealt with headaches for years, so that may not necessarily be a symptom of having the virus. The governor is 73 and has had asthma since he was a teenager. Both factors place him in a higher-risk category. He took a second non-rapid test later in the day.

DeWine said has been tested for the virus three times. Once was publicly, during a coronvirus news conference with Lt. Gov. Jon Husted, and then the two times on Thursday. He is second test result came up negative.

After receiving the test results, DeWine said he called his wife Fran and then his seven children to let them know the news.

He is unsure how he would have gotten the coronavirus. According to DeWine, he keeps a fairly small circle of people he interacts with on a daily basis. Those around him consistently wear masks. He says he visits with his seven kids and 23 grandchildren, but they practice social distancing.

When asked by a reporter if contracting the virus proves masks aren't an effective way to stop the spread, DeWine pushed back, saying masks are still a way to effectively reduce COVID-19 infections.

"But that does not mean you won't get it. You restrict the number of people you see. That improves your odds dramatically, but it simply does not mean that you know...no guarantees, no guarantees in life," DeWine said. "I don't think people should buy into this other than what we already know, which is it's very dangerous, very contagious."

After news broke Thursday morning about the initial test result, DeWine said some people texted him saying that the virus was fake or wearing masks wouldn't matter.

Lt. Gov. Jon Husted also took the COVID-19 test Thursday as part of the protocol to greet the president. He has tested negative and was in Cleveland for the president's arrival.

DeWine becomes the second U.S. governor to test positive for coronavirus after Oklahoma Gov. Kevin Stitt announced he contracted the virus last month. In recent weeks, DeWine has pleaded with Ohioans to take personal responsibility over the virus’ spread across the state. He had resisted a statewide mask mandate until July 23 when the number of daily cases in the state began to push over 1,000.

In at least two briefings, DeWine has shared how the virus has taken the lives of several friends, urging the public to think about their loved ones, especially grandparents, when leaving the house and not following social-distancing protocols.

DeWine and his wife Fran had avoided political rallies or meeting with members of the White House since the pandemic began. In June, the governor was scheduled to appear at a former General Motors plant in Lordstown but decided against it when Vice President Mike Pence announced he was going. The facility is now occupied by Lordstown Motors, which plans to build electric pickup trucks there.

President Donald Trump spoke from the tarmac at Burke Lakefront Airport and he said of the governor: