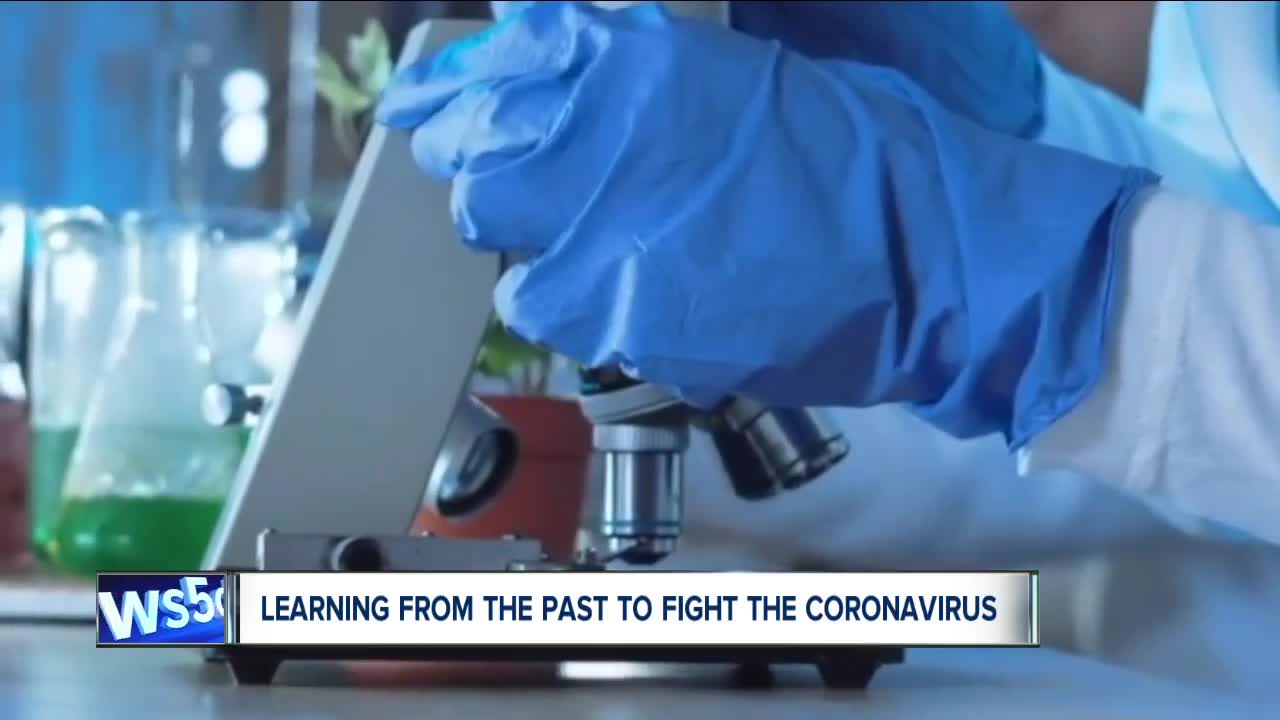 During the growing concern about the coronavirus we do have a glimmer of hope. This is not the medical community's first bout with a fast moving, highly contagious respiratory illness. CLEVELAND — During the growing concern about the coronavirus we do have a glimmer of hope. This is not the medical community's first bout with a fast moving, highly contagious respiratory illness.

It was the world's first deadly epidemic caused by a coronavirus.

The information learned during the SARS outbreak is giving doctors a leg-up on how to contain and treat patients with the latest coronavirus disease (COVID-19.) That's because both are within 80 percent similarity.

Like most of us, medical researcher Mark Cameron is keeping a close watch on the latest outbreak.

"There is concern about COVID-19. It's spreading quite easily and rapidly,” Cameron said.

Back in 2003, Cameron, a professor at Case Western Reserve University, was recruited to be part of the rapid research team when SARS hit Toronto.

"The approaches and the research that was done in SARS is directly applicable to COVID-19," Cameron said.

"The care required for somebody who has that infection is being done very rapidly," Cameron said.

It's also on the fast track because of what doctors learned about SARS is prevention.

"That should help roll out treatments and a vaccine quite rapidly—faster than if we were starting from scratch," Cameron said.

However, Cameron doesn't expect there to be one for at least another 18 months, and could possibly take up to two years.

"It could find enough foothold in the population in multiple parts of the world to come up as something seasonal. That's a reasonable concern and one that people should be talking about and preparing for," Cameron said.

As quickly as it surfaced, SARS rapidly fell off the radar, but Cameron and dozens of other researchers continued their efforts, "in preparation for something like this, another coronavirus, which is more easily spread than SARS," Cameron said.