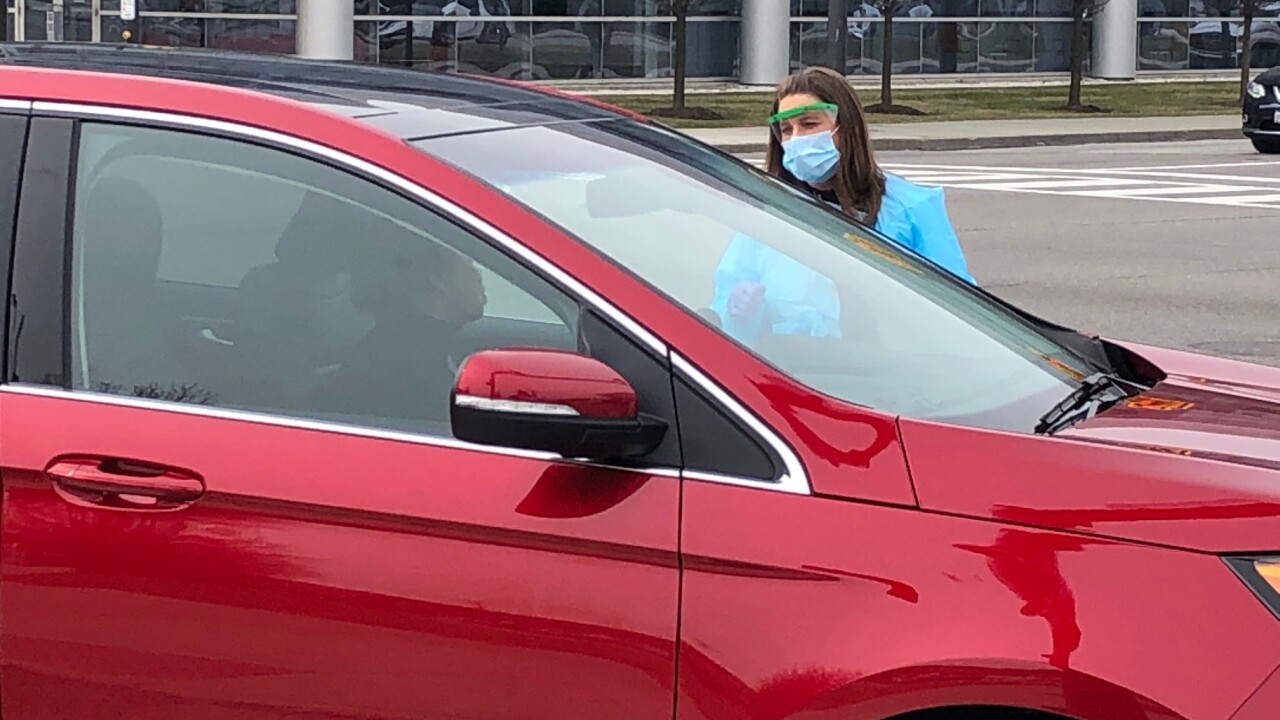 Ohio is testing fewer of its citizens per capita for COVID-19 than almost every other state in the nation. The pace is hardly expected to budge in June, according to strategy documents submitted to the federal government.

State officials estimate that 317,670 Ohioans will receive diagnostic testing in June for COVID-19, averaging out to about 10,600 tests per day.

“That seems far off from the 22,000 tests per day Governor DeWine anticipated for the end of May,” said Daniel Tisch, director of the masters in public health program at Case Western Reserve University, after reviewing the plan.

The newly released plan is the latest indication that no sudden surge in COVID-19 testing is incipient. About 9,200 people were tested per day over the last 10 days, according to an analysis of state data.

Research from the Harvard Global Health Institute estimates Ohio must test about 26,000 people per day to reopen safely.

Ohio ranks 43rd among states in terms of per capita COVID-19 testing rates, according to analysis from Johns Hopkins University.

The upshot: the documents indicate Ohio is set to scale up serologic (antibody) testing. Officials project 15,000 antibody tests will be administered in June, compared to about 1,000 in May.

Even counting in the antibody testing, the projected average for June only hits about 11,000. The serologic testing itself is limited. It can only gauge whether a person contracted the disease in the past, not whether he or she carries it in the present.

The document doesn’t contain any specific details on serological testing, as noted by William Miller, an epidemiologist with Ohio State University who reviewed the plan.

“I think the one thing to keep emphasizing is that if we want to stay out of a shutdown state, testing is critical,” he said. “We have to test — suspected cases and contacts — very widely to stay ahead of this.”

The estimates come from Ohio’s “2020 Overarching Jurisdictional SARS-COV-2 Testing Strategy” plan, submitted to the U.S. Department of Health and Human Services as part of a requirement for recipients of funding from the Paycheck Protection and Health Care Enhancement Act.

The Ohio Department of Health released the strategy document Monday upon request.

The projections only span through June. However, later this month, the state must submit an updated plan that captures the rest of 2020.

At his daily press briefings, Gov. Mike DeWine has emphasized Ohio’s “testing capacity” — he says labs around Ohio have the capability of processing more than 20,000 tests per day.

A DeWine spokesman did not respond to inquiries regarding why Ohio’s testing rates are not picking up pace.

A spokeswoman from the Ohio Department of Health did not respond to an interview request with the state’s lab testing lead.