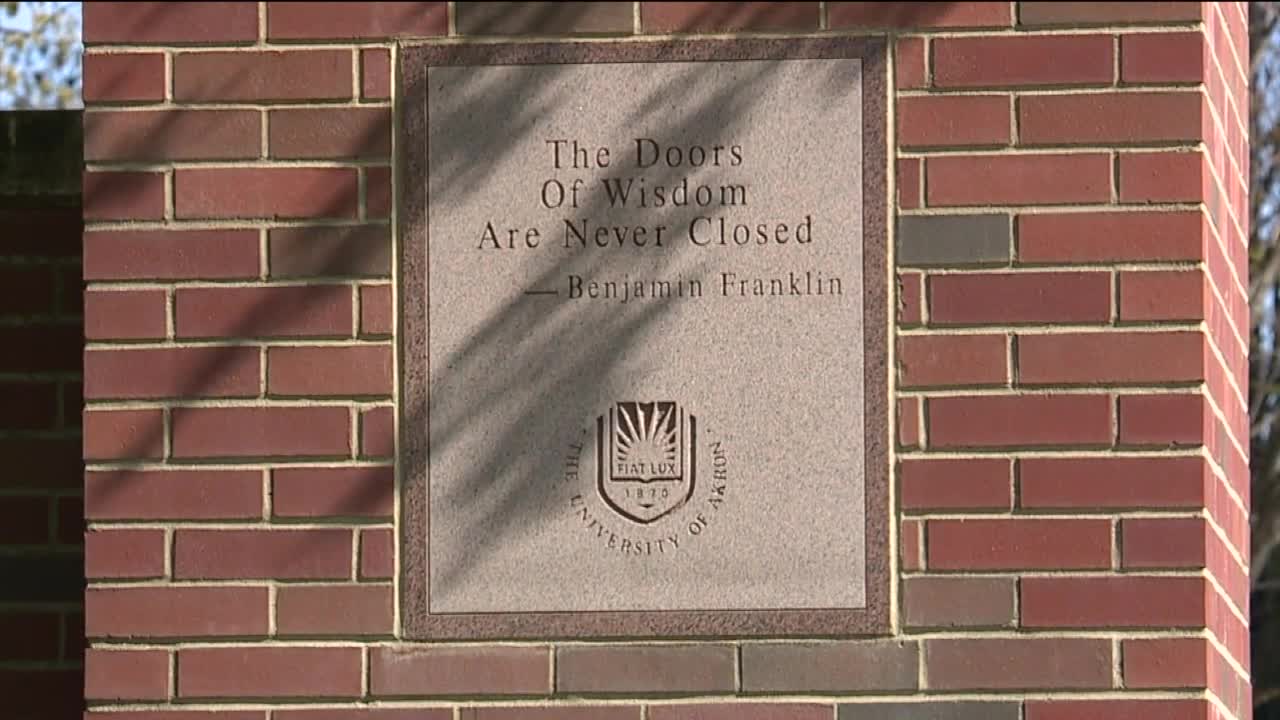 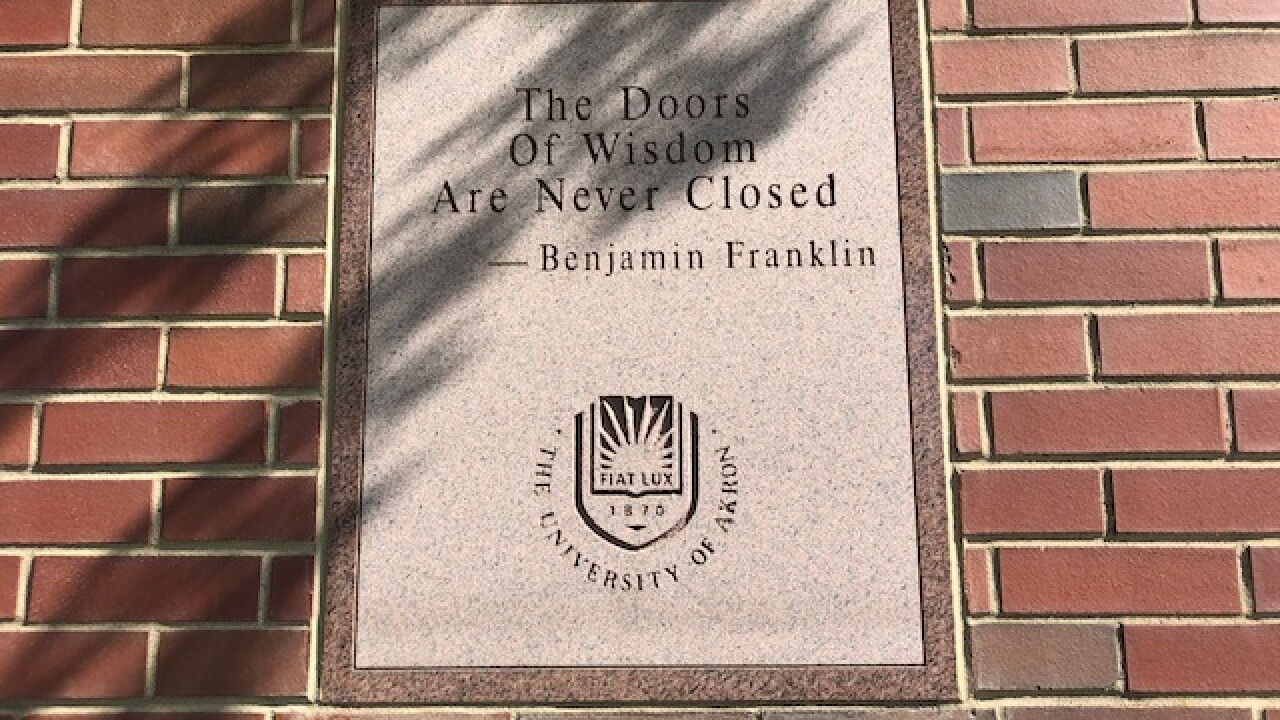 AKRON, Ohio — The University of Akron and Kent State University are planning to make major cuts as a result of lost revenue due to COVID-19 pandemic.

In a letter to Kent State faculty and staff, President Todd Diacon said the university is budgeting for a decline in revenues of $110 million for the 2021 fiscal year.

Adding there is "no way to sugarcoat this", Diacon laid out a plan that includes reducing operating budgets by 20%, enacting a hiring freeze, postponing new campus construction projects, and reducing spending on athletics.

"Furthermore, we will reduce the wages and salaries of our non-represented employees on an income-based sliding scale. I will lead this effort by reducing my own salary by 12.5%, and other campus leaders will see a 10% reduction in their salaries," Diacon said in the statement.

Those making less than $38,000 will not face a salary reduction.

Diacon said the budget cuts will require layoffs, but the number of layoffs will depend on the length of the crisis. Some employees may choose to participate in a voluntary severance package.

Last week, University of Akron President Gary Miller released a videotaped statement explaining the actions he was taking, calling it "a defining moment in the history of the university, a moment that will test our courage, resolve and our commitment to the institution and to this great community."

Among the steps taken by Miller: asking senior administrators hired before April 1, 2020 to join him in taking a 10% salary reduction, directing the athletic director to provide a plan to reduce athletic expenditures by 20%, directing all non-academic administrative divisions to present plans for a 20% reduction in expenditures, directing the Provost and his leadership team to present a plan for a full reorganization of the academic division that reduces the number of colleges and programs while fine-tuning traditional areas of strength, and ordering a halt in all non-essential operations expenditures.

"I anticipate additional announcements regarding expenditures and organization in the near future," Miller said.

Bruce Johnson, the president of the Inter-University Council of Ohio, an association of the state's public universities, estimated Ohio's 14 public universities will lose between $290 to $310 million from March to July. That includes about $171 million in refunds to students, mostly from room and board costs. Johnson added every public university is looking to trim budgets between 5 and 25%.

"The state is under a crisis because of this coronavirus," Johnson said. "The financial outlook in the short run is very tough and we're going to have to make some tough decisions."

Private colleges are also feeling the financial pain and preparing for cuts.

Last week, Urbana University announced it was closing after this semester. The coronavirus was the last straw for the already struggling university, according to Todd Jones, the president of the Association of Independent Colleges and Universities of Ohio.

"At this point, it does not look like there will be any more closures in the near term. It really is dependent on what fall enrollment looks like," Jones said.

"If that weren't an option, then you would probably have some students choose not to return and that would be gravely concerning," he said.

Jones and Johnson believe students will be welcomed back campuses, but expect colleges and universities will modify classrooms, monitor students or faculty who get sick and take other precautions.

"Making sure we're sanitizing the campus, keeping social distance and reducing the number of of human contacts where possible," Johnson said.