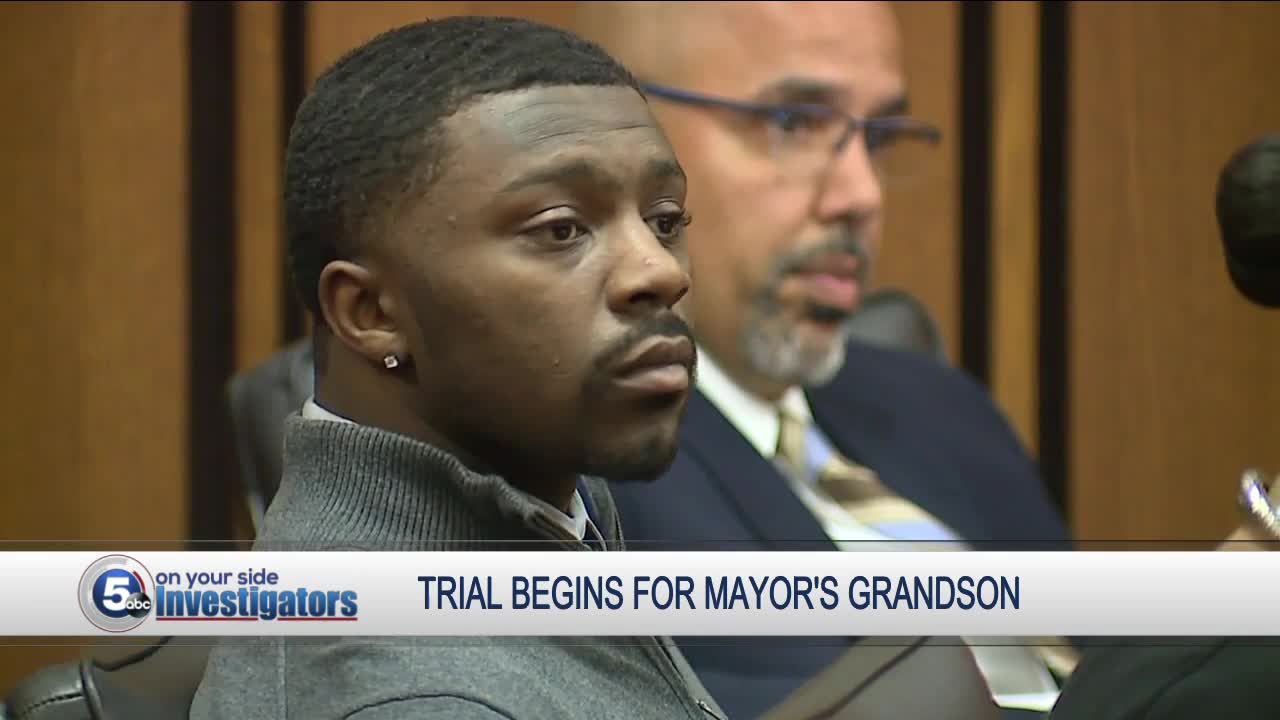 Jury selection began Monday in the trial of the grandson of Cleveland Mayor Frank Jackson.

CLEVELAND — Jury selection began Monday in the trial of the grandson of Cleveland Mayor Frank Jackson.

Cleveland city prosecutors declined to file charges against the mayor's grandson, citing a lack of evidence and claims the accuser didn't want to file charges.

But in September, the Cuyahoga County Prosecutor's Office picked up the case and secured indictments against Jackson.

During jury selection, Jackson's attorney asked potential jurors to focus on the facts of the case and the idea of self-defense in what he called a case 'handpicked' by the prosecutor's office.

"I want you to look for what some of the motivations may have been in this case to even bring this case," said attorney Jeffrey Saffold. "Because just like we don't want special treatment because he is the grandchild of Frank Jackson, we don't want disparity or disproportionately negative treatment either."

Saffold told jurors there are no plans to put Jackson on the witness stand to testify on his own behalf.

The trial is expected to wrap-up later this week.