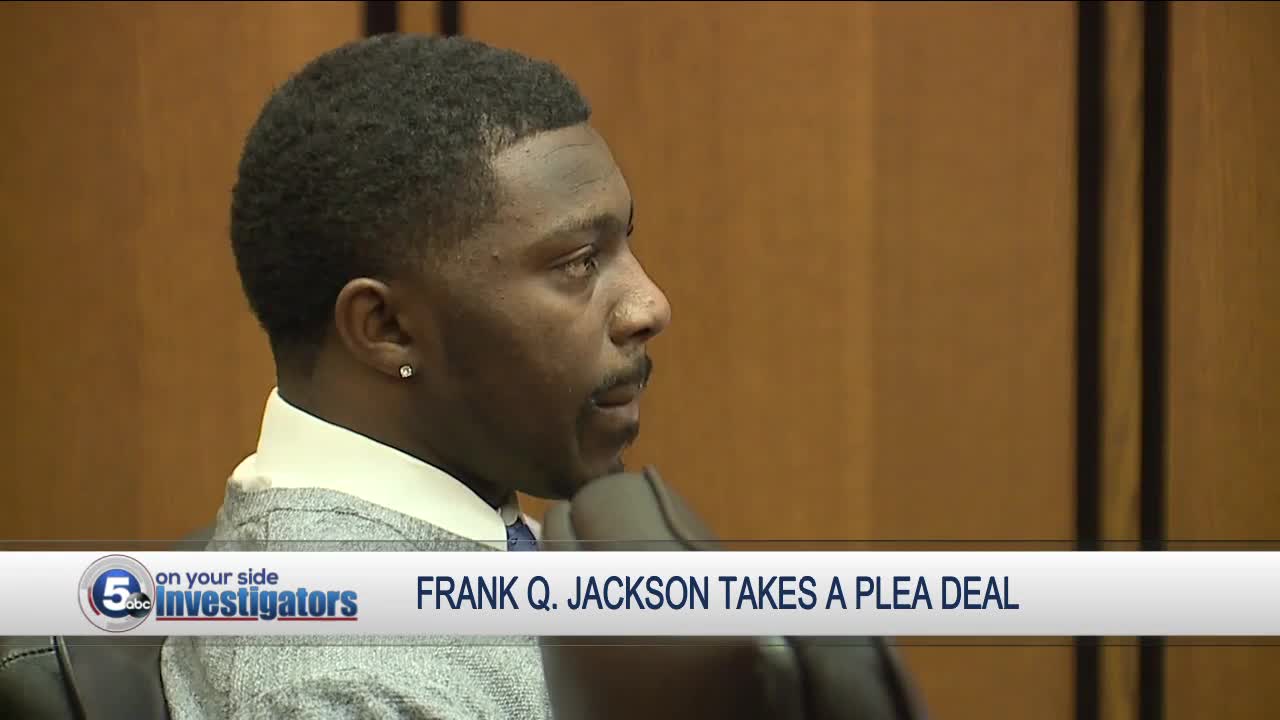 Cleveland Mayor Frank Jackson’s grandson, Frank Q. Jackson, accepted a plea deal in the middle of the third day of his assault and abduction trial. 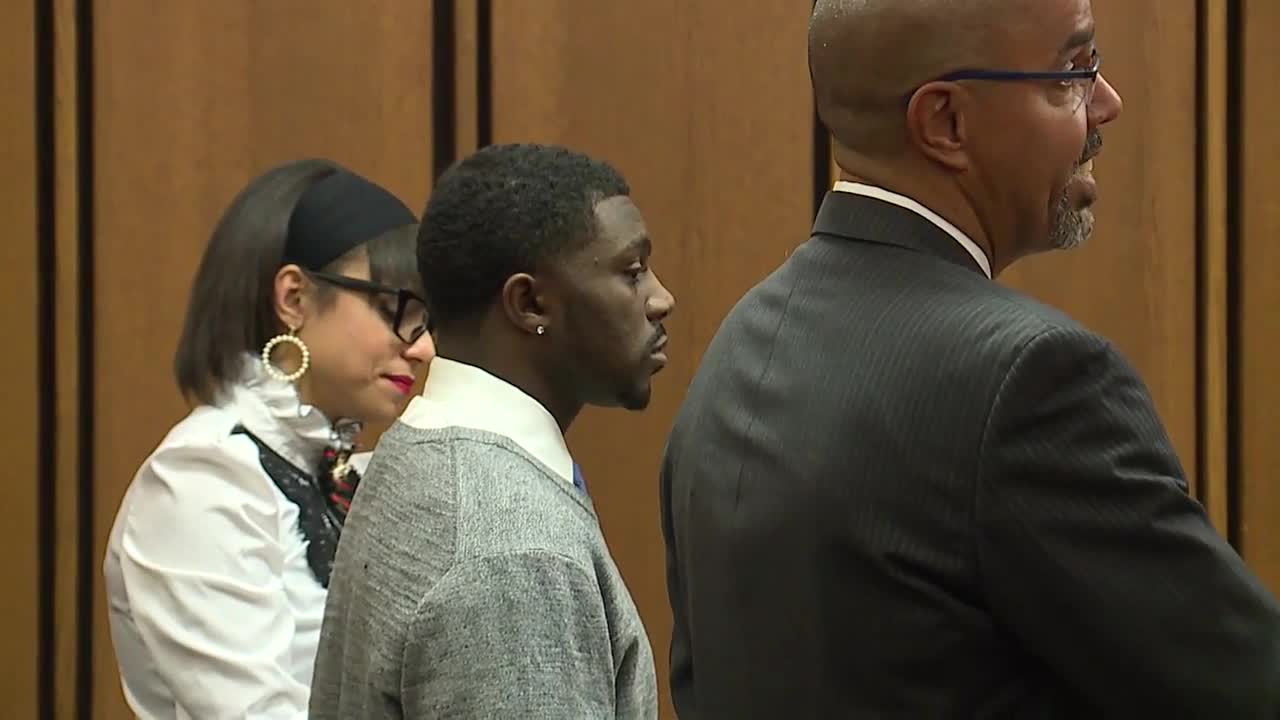 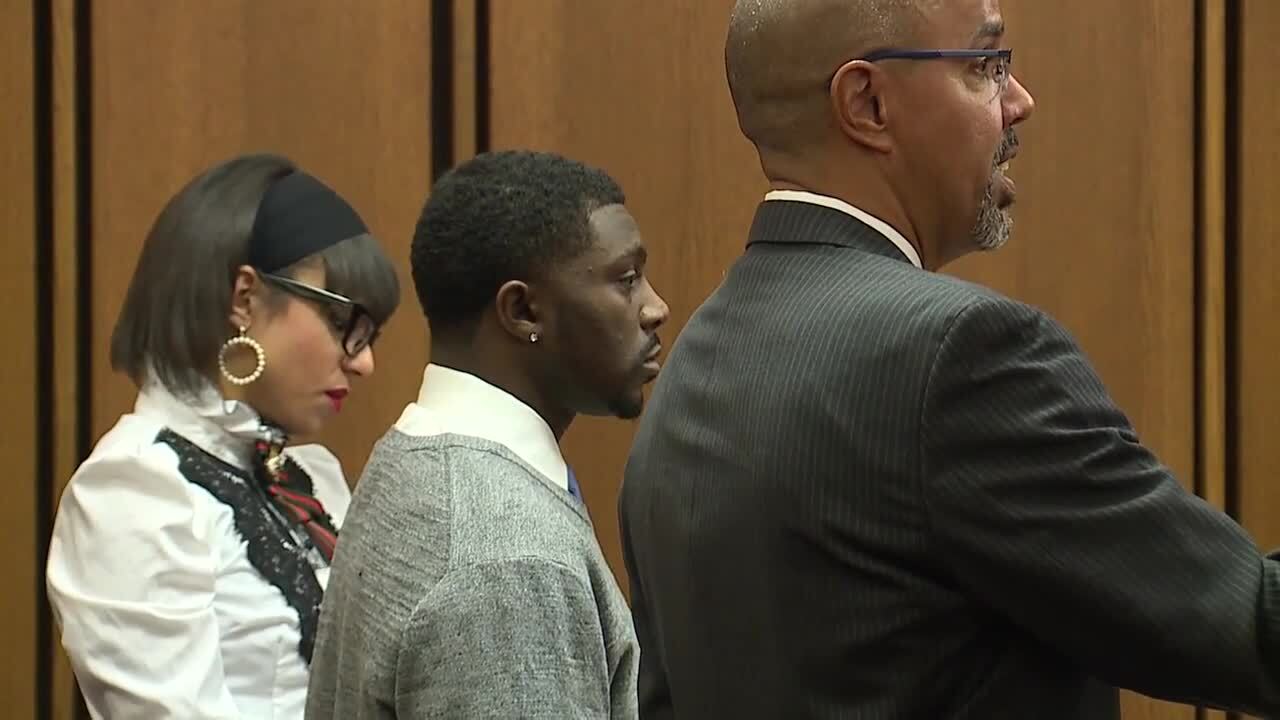 CLEVELAND — Cleveland Mayor Frank Jackson’s grandson, Frank Q. Jackson, accepted a plea deal in the middle of the third day of his assault and abduction trial.

Jackson pleaded guilty to misdemeanor assault. In exchange prosecutors agreed to drop the felonious assault and abduction charges. Jackson’s attorney told the judge he believes a misdemeanor assault charge accurately reflects what happened in the case.

"This was, as I said months ago, a terrible case that would never have been brought were it not for who his grandfather is," said Jackson's attorney Jeffrey Saffold.

The judge sentenced Jackson to 90 days in jail on the misdemeanor assault charge, but suspended the sentence. Jackson will spend the next 18 months on probation. He is already on probation in Cleveland Municipal Court.

The plea deal was reached shortly after a Cleveland Metropolitan Housing Authority police officer testified that Frank Q. Jackson’s accuser had cuts above her eye, swelling around her neck and swollen knee when she reported the assault back in June 2019. He also testified that she seemed “terrified” when Jackson’s truck returned to the scene while she was talking to police. She was so scared that the officer said he requested extra patrols around her home after she reported that Jackson attacked her.

Tuesday, the first day of the trial after jury selection, brought combative and at times contradicting testimony from a chief witness and the alleged victim of the incident.

"We were concerned that based on the testimony that we could not meet the elements of felonious assault," said Diane Russell, Chief of the Criminal Division of the Cuyahoga County Prosecutor's Office.

Jackson was accused of beating, choking and striking a former girlfriend with a trailer hitch while the two were riding in Jackson’s truck in June 2019.

Cleveland city prosecutors had initially declined to file charges against the mayor's grandson, citing a lack of evidence and claims the accuser didn't want to file charges.

But in September, the Cuyahoga County Prosecutor's Office picked up the case and secured indictments against Jackson.

"This is a case that I don't believe otherwise would have been brought were there not outside influences," said Saffold. "In terms of who those persons were who brought those influences to bear, that would be for you to look into," he told reporters.

But Russell denied politics played a role in the decision to file the felony charges.

"We don't do that," said Russell. "We charge based on the evidence that is before us at the time. Things unfold as they do and you make changes or evaluations based on that and that's what we did in this case."

Cleveland Mayor Frank Jackson was in the courtroom for Wednesday's guilty plea and sentencing. When asked if he felt the dropping of the felony charges vindicated the city's controversial decision not to file charges, the mayor said he was happy for his grandson.