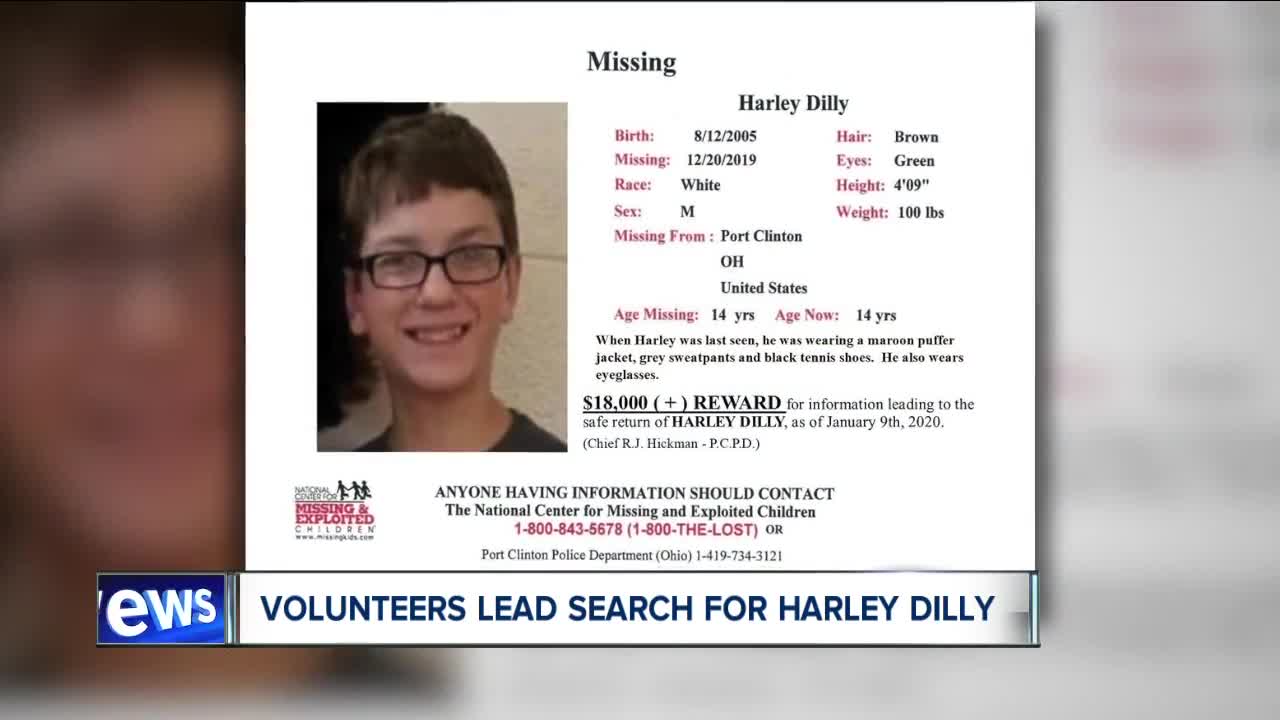 It has been just over three weeks since Harley Dilly disappeared. Saturday, his mom, Heather Dilly, made a plea for his safe return as dozens of volunteers searched their community in hopes of finding him. 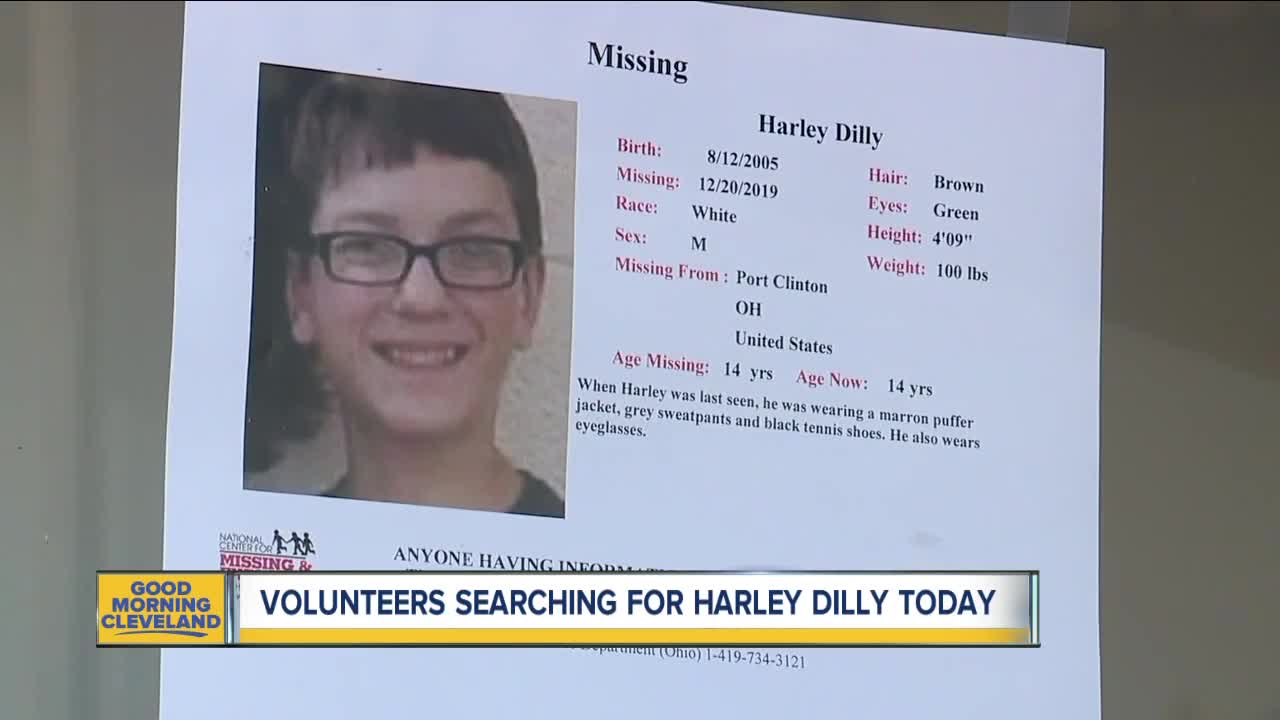 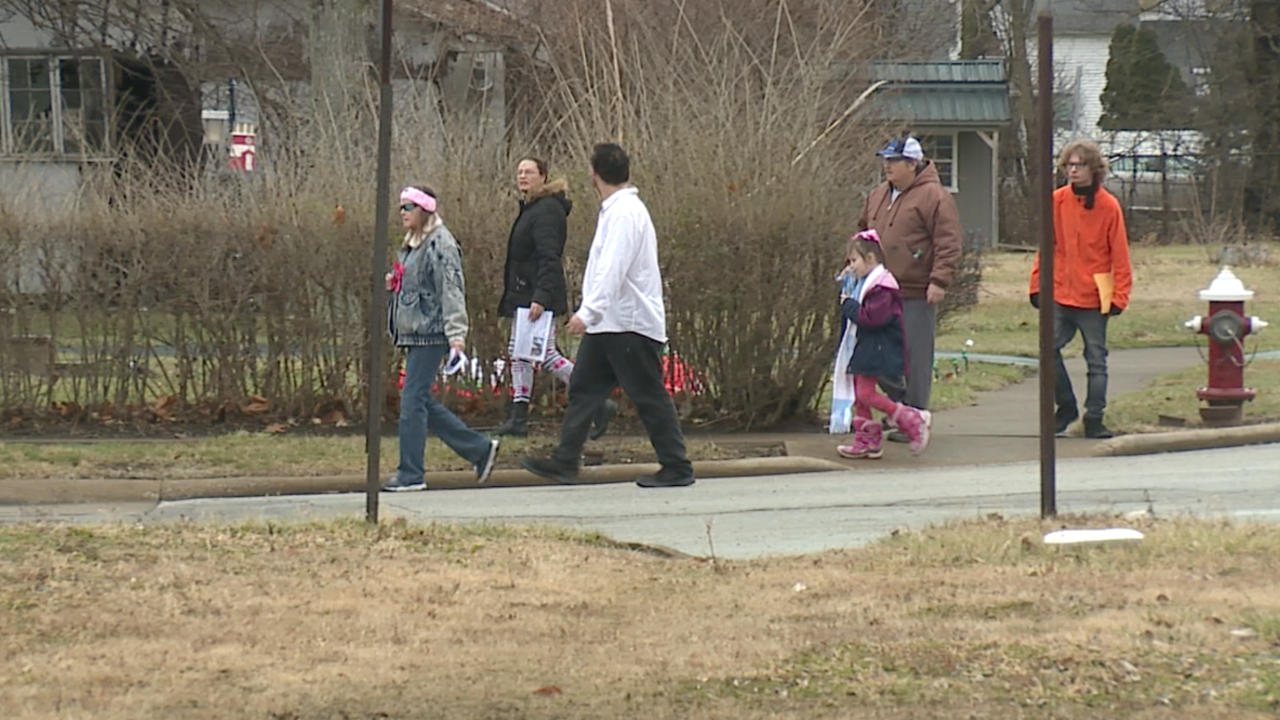 PORT CLINTON, Ohio — It has been just over three weeks since Harley Dilly disappeared.

Saturday, his mom, Heather Dilly, made a plea for his safe return as dozens of volunteers searched their community in hopes of finding him.

“Everyone misses you, your community’s looking for you. Everybody just wants you to come home,” Dilly said.

“We miss you and we are still waiting to have Christmas with you. We want you to come home."

As Dilly made that emotional plea to her son, dozens of volunteers gathered at nearby Lakeview Park hoping to make that Christmas wish come true.

Harley was last seen on surveillance video heading to school on Dec. 20, but never made it there. In the weeks since then, investigators have searched all over Port Clinton.

But this time around — people in the community are the ones leading search efforts.

“We’ve got a little boy who turned 12 yesterday. It hits home. The whole community’s come together and Harley’s kind of been like everyone’s child,” Megan Lenthe, one of the search organizers, said.

The search was initially postponed due to the poor weather forecast, but because so many people still wanted to come out — organizers put it back on.

Many of those volunteers were local, but others made the trip from farther away.

“Its the right thing to do. To help somebody. I know if I was missing, I would want people looking for me,” Michael Sinko, of Cleveland, said.

In groups, they trekked down sidewalks, along train tracks, and through wooded areas – leaving no stone unturned.

All of that support is helping the Dilly family stay hopeful for Harley’s return.

“This has been bigger than we had ever imagined. The support and love for our son. And he just needs to know how much he is loved and wanted,” Dilly said.

The reward for information leading to Harley’s safe return has increased to nearly $20,000.

If you find something suspicious or have any information, call Port Clinton police.

You can read News 5's coverage about Harley Dilly, here.