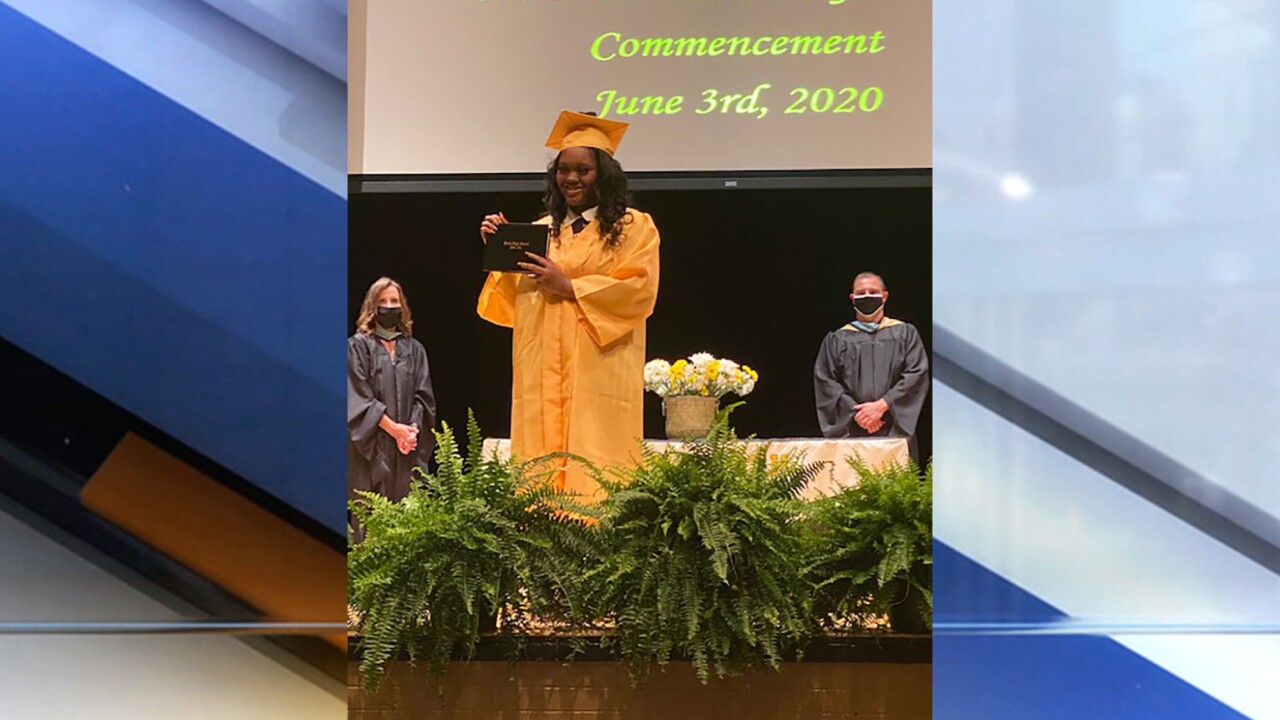 Photo courtesy of Crawford family.
Pictured above is Na'Kia Crawford during her high school graduation.

AKRON, Ohio — The Akron Police Department has identified three suspects involved in the death of Na’Kia Crawford, the 18-year-old who was gunned down in her car while driving her grandmother to the bank. A 17-year-old is being charged with murder and police are asking him to turn himself in.

Police located and recovered the suspect vehicle, a 2015 Chevy Camaro, in Cleveland.

On Thursday, warrants were issued for two individuals believed to be connected to Crawford's death; a third suspect has also been issued a warrant and that individual is cooperating with authorities, police said.

A warrant was issued for a 17-year male from Lakemore. He is being charged with murder, police said.

A warrant for 18-year-old Jaion Bivins from Akron was also issued for obstructing justice and tampering with evidence. As of Friday morning, he has not turned himself into police.

24-year-old Janisha George from Tallmadge turned herself into police Friday morning. She is being charged with obstructing justice.

The 17-year-old and Bivins are not in custody and have been requested to turn themselves into police.

Police said they believe this is a case of mistaken identity and that Crawford was in the wrong place at the wrong time.

Police said they identified the suspects through “good, solid police-work” with investigators “pounding the pavement” and talking to concerned citizens to learn more about what happened.

The shooting is still under investigation.

On Sunday at around 1:25 p.m., police responded to an area just north of downtown, at the intersection of North Howard Street and West North Street for a shooting. Officers found Crawford inside the vehicle with multiple gunshot wounds. Crawford was transported to Akron City hospital where she later died from her injuries on Monday at around 1:12 a.m. Her grandmother, who was not injured, was in the car with her at the time of the shooting.

“I’m happy that there’s justice that they found them or they found out who they were,” she said.

But she says justice still has not been served.

“I still don’t feel justified because they did what they did,” Hardwick said. “My brain is just going every which way so right now like I said I really want to know more of what or who they were actually looking for and if you were looking for someone else why didn’t you pay attention when you pulled up to the car?”

While investigators continue conducting interviews and following leads, a memorial that marks Crawford’s resting place continues to grow. Still, Hardwick says she is struggling to try to cope without her niece’s presence.

"We’re all just hurt,” Hardwick said. “We lost our auntie now we done lost my niece to just mistaken identity. I’m sorry that just doesn’t cut it for me.”

RELATED: Everything we know about the death of Na'Kia Crawford, the Akron HS graduate gunned down while driving with her grandmother