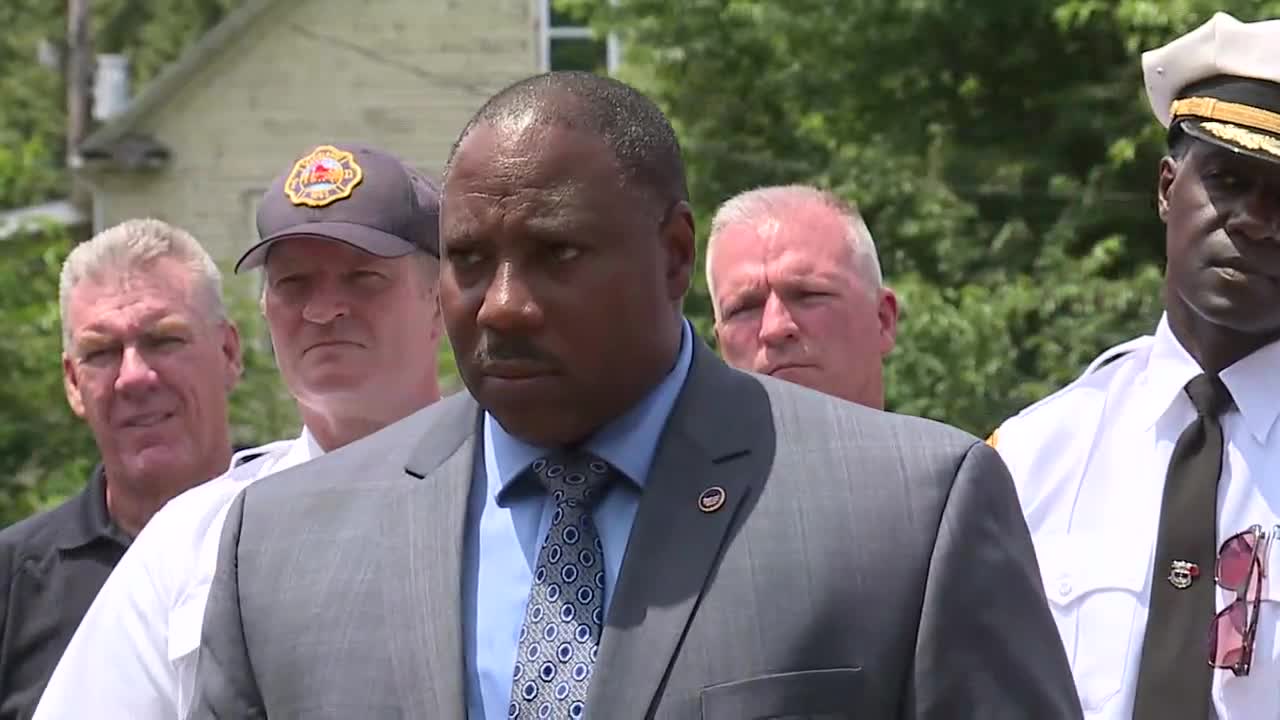 Cleveland officials held a news conference in a vacant lot where one man was found shot to death Tuesday. The man was a victim of a quadruple homicide that left a woman and two children, including the suspect's son, dead. 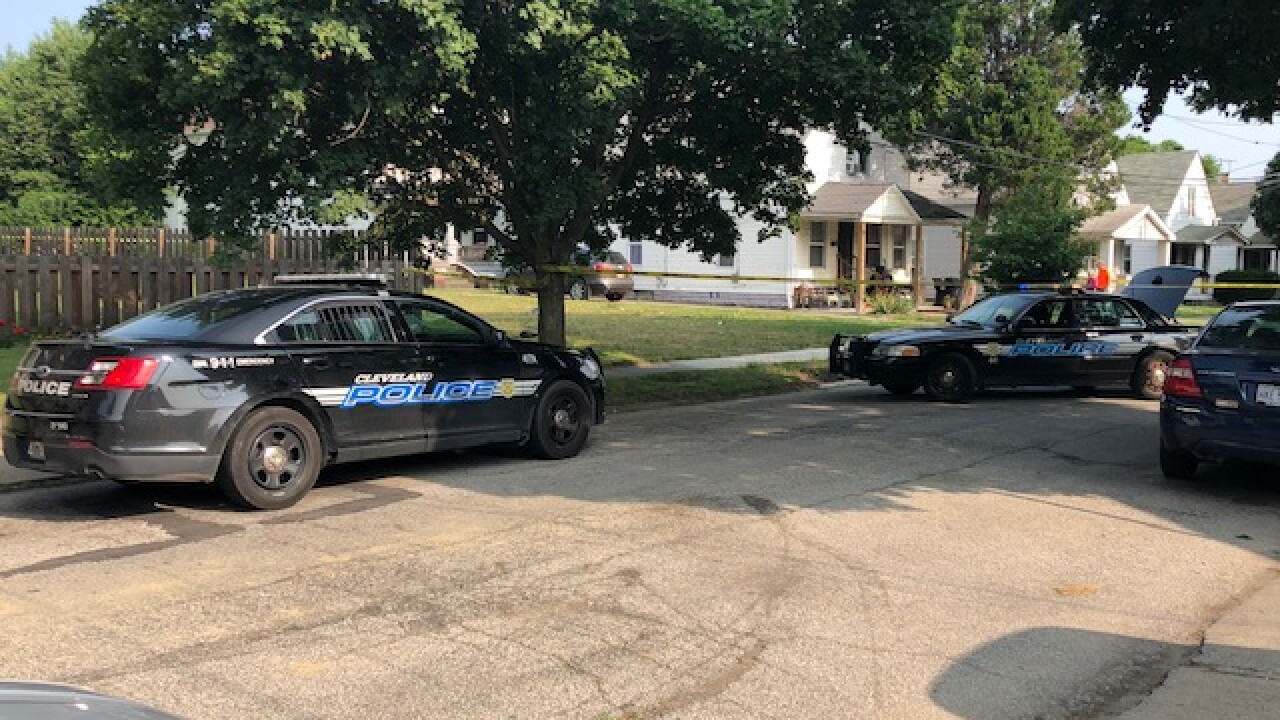 CLEVELAND — In addition to reporters and friends and family of the four victims of the quadruple homicide in Slavic Village Tuesday, dozens of children from the Boys and Girls Club were present as city officials held a news conference to provide information on the deaths of two young children, their mother and a neighbor.

The suspect has been identified as Armond Johnson Sr., 26, and is the father of one of the victims. Johnson is currently being held in jail on charges of aggravated murder, aggravated robbery, domestic violence and a parole violation, according to court records.

RELATED: Slavic Village quadruple murder suspect is father of one of the victims

Prior to the news conference, dozens of children from the Boys and Girls Club marched up to the vacant lot in Slavic Village where officials were set to speak, some carrying signs mourning the loss of their friend and peer, 6-year-old Armond Johnson, Jr.

“All the kids you see here are from the Boys and Girls Club, coming by to pay respects to their friend who they lost,” said Cleveland police spokesperson Jennifer Ciaccia. “These kinds of cases go a long way to show you how much this affects the entire community, because these kids shouldn’t have to be thinking about this or dealing with that. I want to thank them for being here as well. You guys are all really brave.”

City officials, including Mayor Frank Jackson, Cleveland police Chief Calvin Williams, Cleveland fire representative Mike Norman, and detective Ali Pillow proceeded to speak, focusing on condolences to the family and friends of the victims, and thanking various agencies for their involvement I the investigation.

At the end of the conference, while taking questions from reporters, Williams called upon one of the children who was there. His question was inaudible, but Williams responded: “He killed them in a very bad way. I’m not going to tell you guys all the details, but he did something that he should not have done. And it should not have happened to your friends here today.”

As reporters continued to ask questions, Ciaccia concluded the conference.

“Thank you guys for coming today,” she said. “There’s a lot of little kids here, so I think we’re at the point where we’re done answering questions.”

The four victims have been identified as: