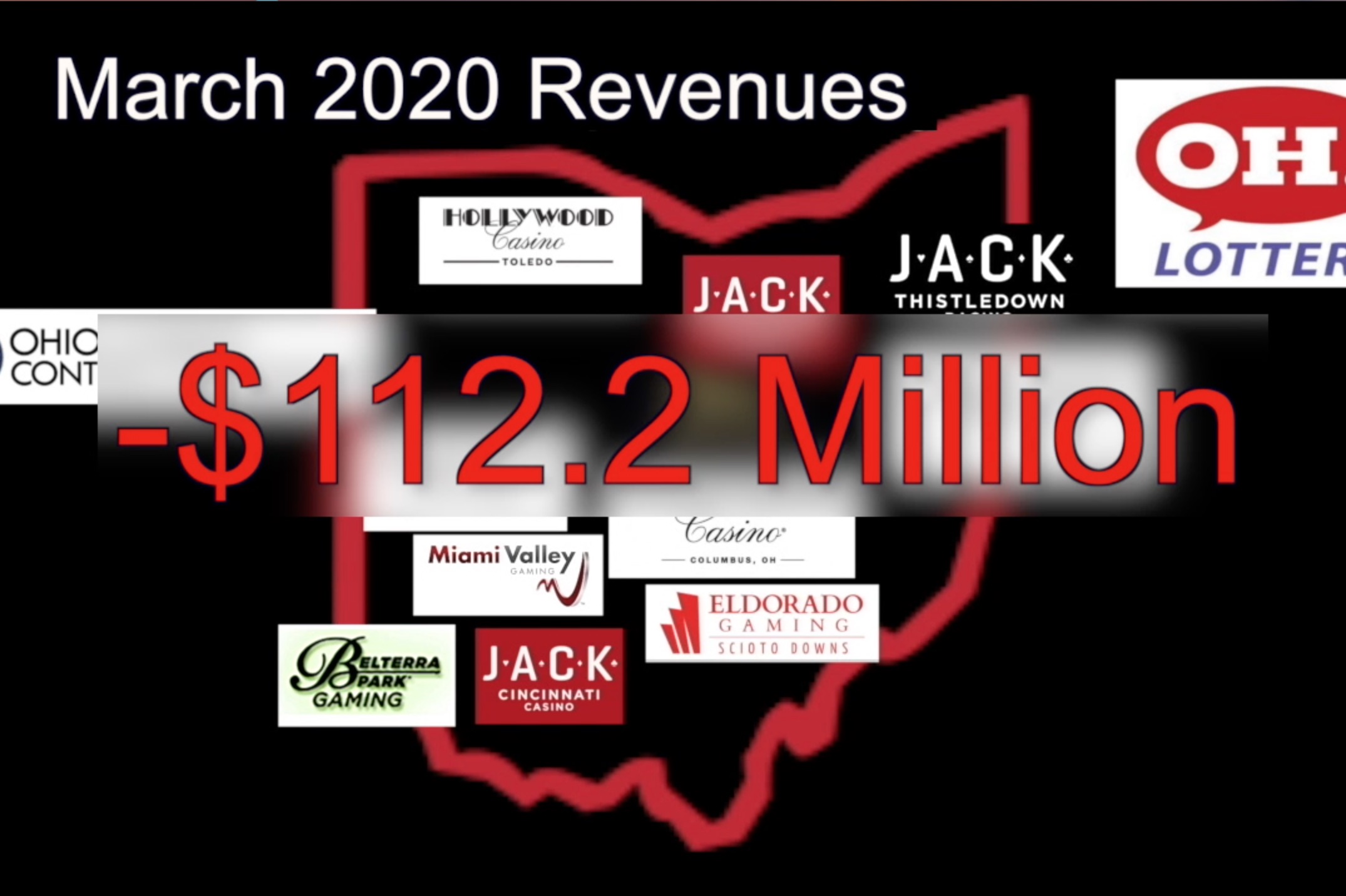 Ohio gambling revenues for March show deep dive after closing mid-month as a result of Coronavirus.

CLEVELAND — Since legal gambling was introduced to Ohio in 2012 March has historically been the most profitable month for the state’s casinos and racinos which combined in 2019 for revenues after all bets were paid of $184.2 million.

March 2020 looked to be no different under coronavirus concerns forced all properties to close up shop mid-month until the danger passes. It was a move that resulted in a $112.3 million drop in revenue as all properties combined to bring just $71.9 million through March 13.

The JACK Casino Cleveland posted a net win of $7.58 million for March down $12.2 million from 2020 while nearby JACK Thistledown Racino saw revenues drop by $7.4 million with the biggest drop in the state posted by the leading money maker, MGM Northfield Park. Figures from the Ohio Lottery Commission showed year to year their take of $9.6 million was down $14.87 million from last year’s $24.48 million.

With no end to the restrictions on gatherings of people in sight, April promises to offer an even bigger blow.

Those revenue losses mean losses of another type since the casino winnings for example are taxed at a rate of 33% with that money divided among the states 88 counties and cities as well as the state. Ohio Lottery Commission winnings go towards state schools.