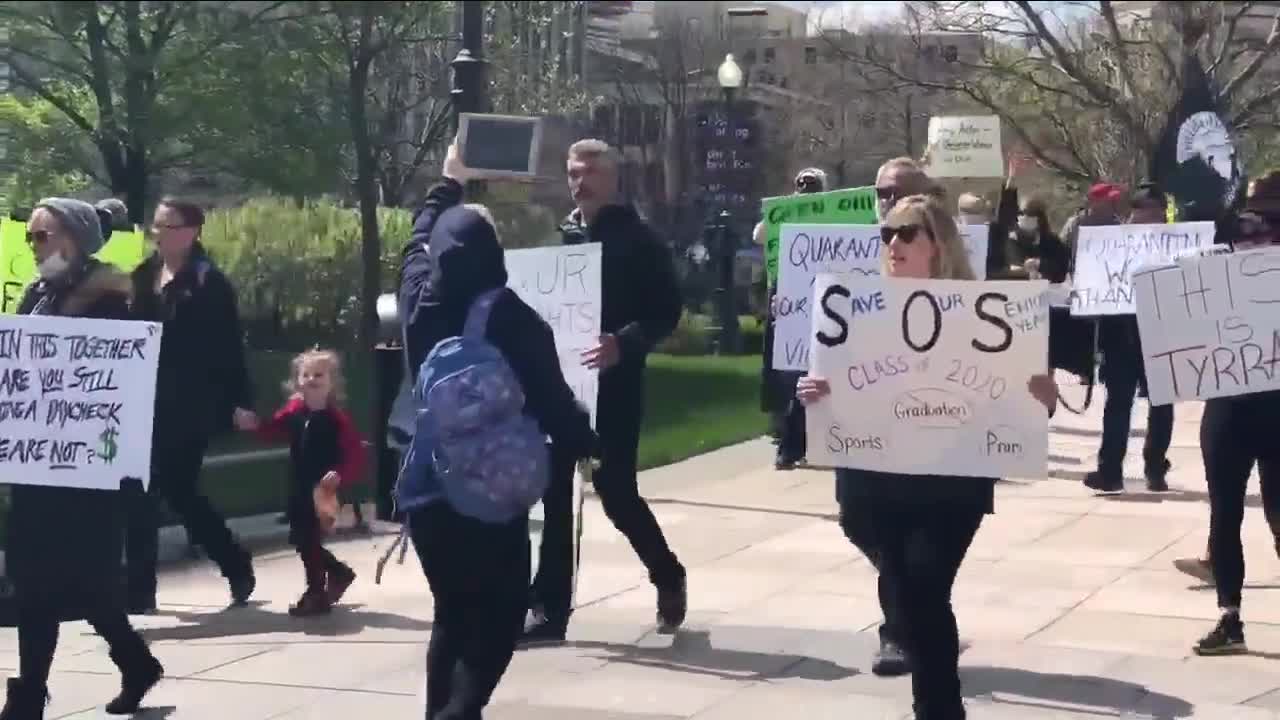 Protesters outside the Ohio Statehouse on Thursday carried signs, demanding the economy reopen and get people back to work. 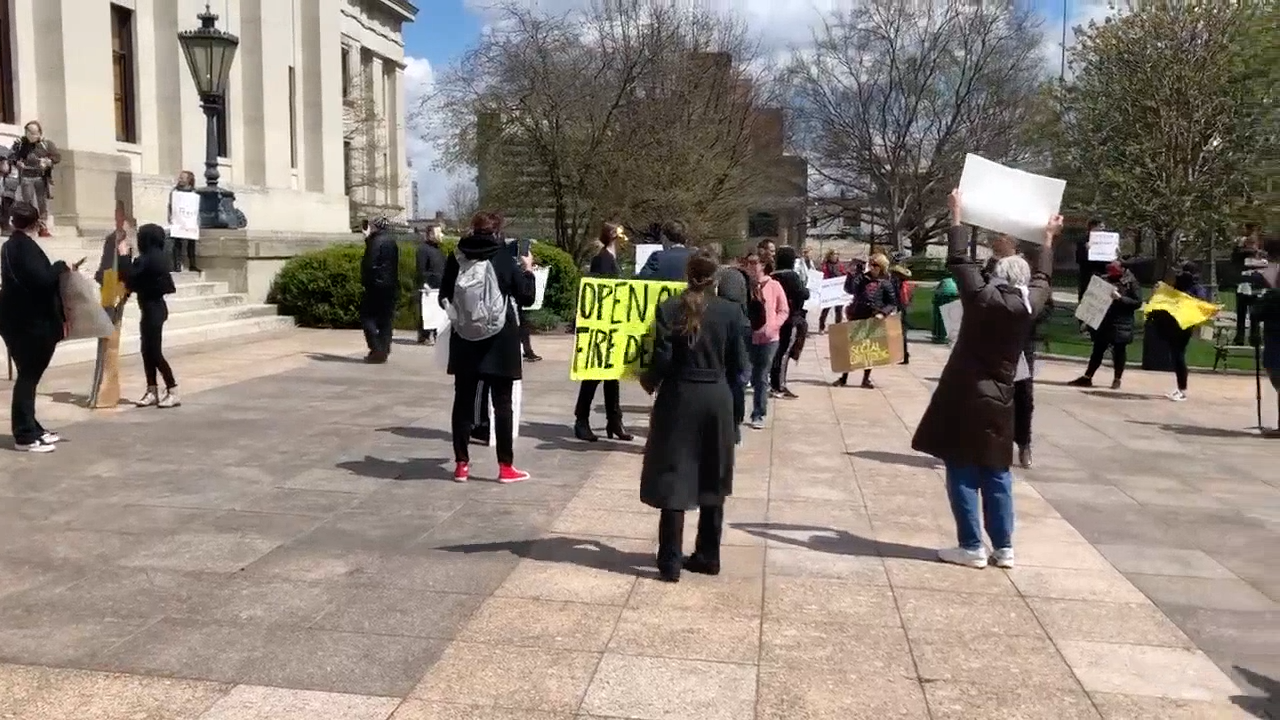 COLUMBUS, Ohio — Protesters outside the Ohio Statehouse on Thursday carried signs, demanding the economy reopen and get people back to work.

Inside the Statehouse, Dr. Amy Acton, director of the Ohio Department of Health, acknowledged the protesters, saying, "People are worried. They’re afraid. They’re afraid about things like their jobs, and I want you to know that we are working just as rigorously on the recovery from this. We’ve been determined to protect Ohioans from the very beginning."

Dr. Tyffani Dent, a licensed psychologist at Monford Dent Consulting, said it's no surprise people are feeling frustrated by a pandemic that's led to businesses being closed and the economy being shut down.

"People losing their jobs, people missing their families, having to cancel events that they’ve been planning for long periods of time," Dent said.

She said the fact that there aren't as many illnesses and deaths from COVID-19 as initially projected may heighten those feelings of frustration for some people, shifting the focus from long-term concern about public health to more immediate concerns.

"Before we were saying, 'This is going to happen, we are going to see these numbers,'" Dent said. "And because we’re not seeing those numbers, it’s becoming harder for people to really buy in to what is happening, even though what you’re doing is why those numbers are changing."

Although many people have lived through recessions or other stressful situations before, this one is different, Dent said.

"There are times when there are certain points in life that are being affected, where if we’re going through a recession, it may be employment," Dent said. "But right now we are not just dealing with employment issues. We are dealing with our children not being in school, we are dealing with the moments of life that we cling to and celebrate, we can’t have those either. We’re dealing with the fact that the people that, when we are struggling in our lives, we go to, we connect with, we make sure they are in our space, we can’t have that either. And then this looming piece of this is something that’s outside of my control even more so. 'I don’t know if people are asymptomatic, I don’t know what this is going to look like.' All of these pieces coming together with that uncertainty is what’s making this different."

Add together emotional, physical and financial stress, and Betsie Saltzberg, PsyD, said people are reacting with a fight-or-flight response.

The protests, she said, are a good way for people to air out their feelings and make the governor and other leaders aware of how they feel.

"What we’re seeing now in these protests is people standing up and fighting against it, and saying, 'It’s too much, we can’t take this anymore,'" Saltzberg said.

Both psychologists urged people to focus on what they can control in a time of uncertainty and stress.

"As much as many of us would like to fight it, it’s a time for introspection," Saltzberg said. "A time to look within ourselves and understand ourselves."

Dent highlighted the importance of continuing to practice social distancing but also reminded people to take care of themselves.

"Identifying what we need, receiving those supports, staying connected to the people who matter and do the things that you can when it comes to trying to flatten this curve as soon as possible," Dent said.