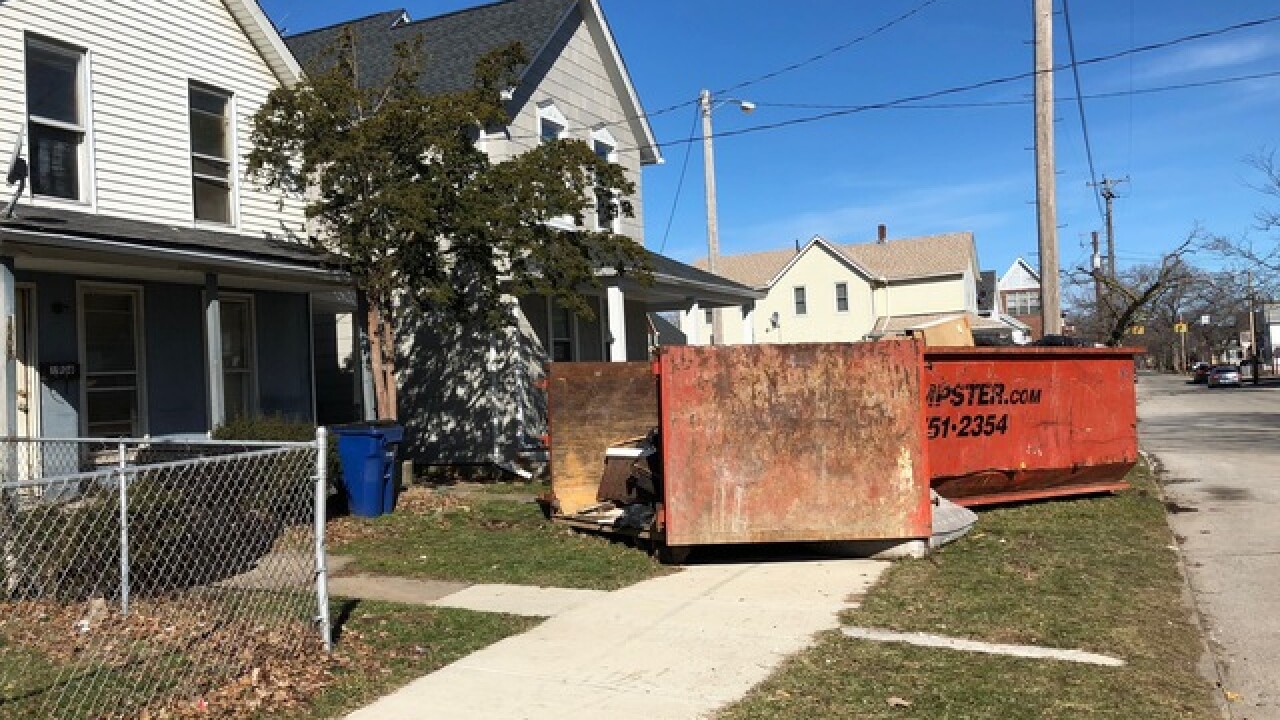 Everyone agrees, from the neighbors to the construction contractors and even the owner of the company that put a dumpster on a sidewalk, that it's an eyesore and inconvenience to residents living in one Cleveland neighborhood.

Some neighbors say it's a sign of big positive changes in Detroit-Shoreway, but others say the dumpsters block traffic and make the neighborhood look bad.

"It's changed drastically," said Marie Sweeney, who has spent most of her last 60 years in Detroit-Shoreway. "There used to be storefronts, there used to be dry cleaners."

Those storefronts gave way to new homes and renovations for the old ones.

"Seeing new houses go up, seeing older ones being renovated, it's nice to see," said Sweeney.

What is not nice is a dumpster in the middle of the sidewalk along West 58th Street.

"They would have to file for either an obstruction permit to cover the sidewalk or a parking permit for the street," said BigDumpster.com owner Bart Carmichael, who rented the dumpster on West 58th to the contractor.

In this case, Carmichael says a permit was never filed. Smaller streets mean even with a permit, the dumpster could block traffic, and might have to move anyway.

The dumpster might be unsightly, but it's not uncommon. Nearby streets have a number of similar projects as the neighborhood gets a facelift, one home at a time. Carmichael says where lots are small, parking those dumpsters is a challenge that he's also had to face in Tremont.

"This house right here, there is no driveway and it's a fenced in yard," said Carmichael, pointing to a lot nearby. "You couldn't even block the sidewalk, it would have to go in the street."

Neighbors shared their concern on social media over the weekend, and Marie says she agrees it doesn't make for a great view, but she says she also sees the upside.

"As long as they don't stay a long time, it's a good thing because you know the house is being fixed up," said Sweeney.