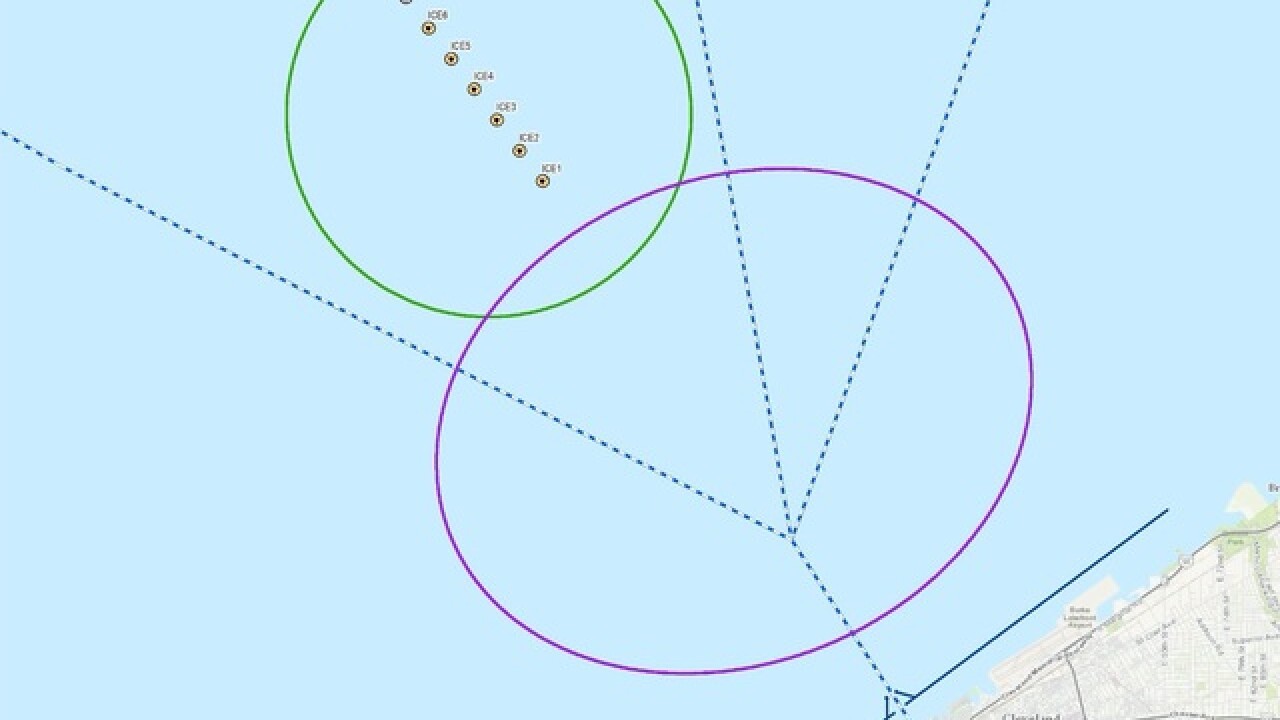 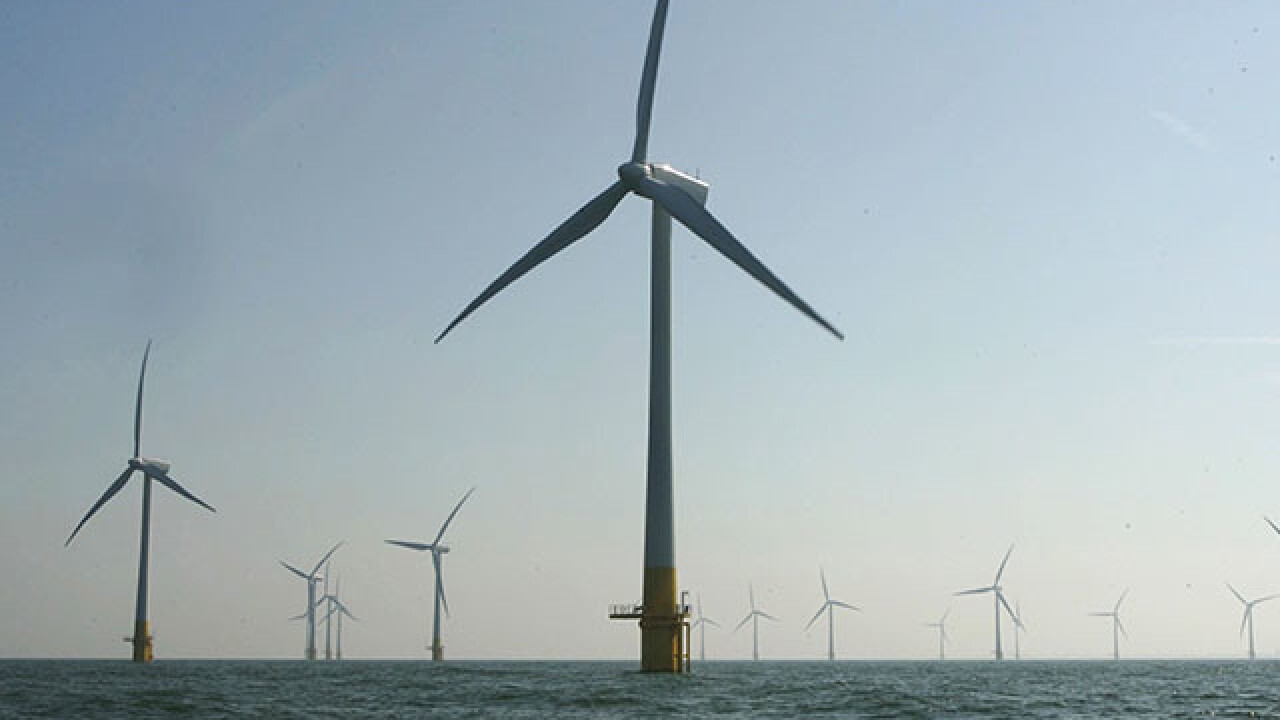 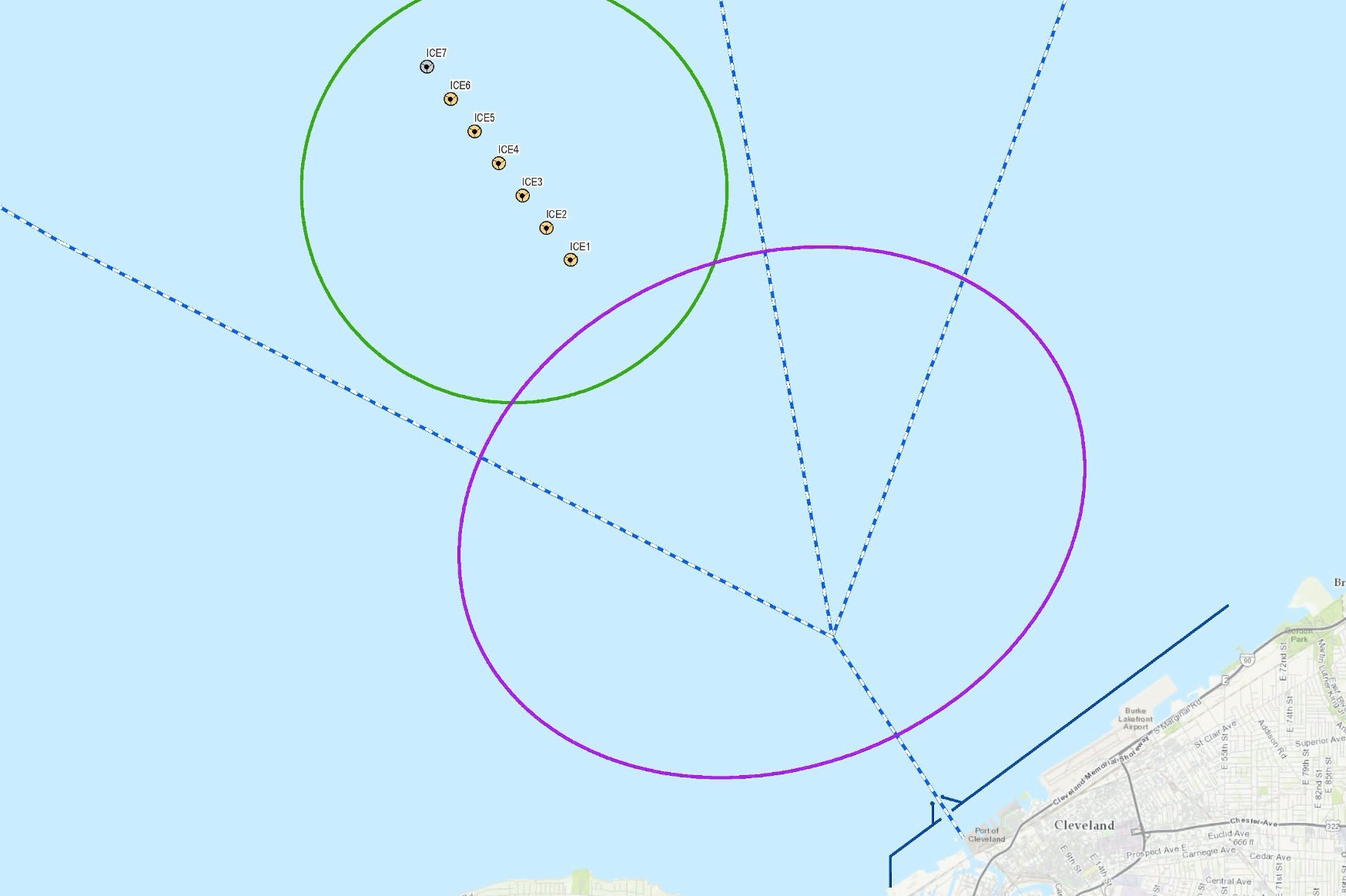 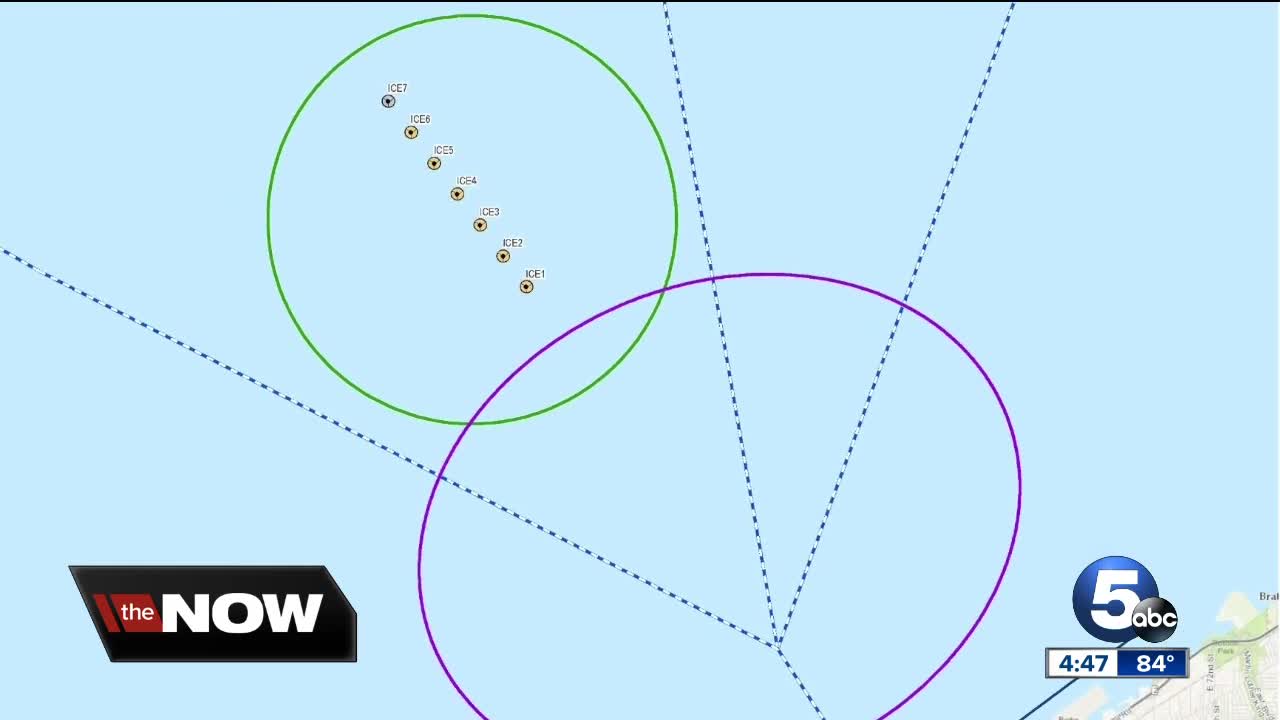 When it comes to economic engines, Lake Erie has always played a key role for the City of Cleveland, but now a new industry is looking to the lake. Not so much for the water, but what this inland freshwater ocean provides, which is the winds to power giant turbines to create electricity.  Rather than place the massive windmills along the coast, like Buffalo has in recent years, the Lake Erie Energy Development Corporation (LEEDCo) is looking to place them out in the lake.

The Icebreaker Wind project will be the first ever in the United States in a body of freshwater. Plans call for the construction of six windmills, 480 feet tall, eight to ten miles out in the lake. The initial half dozen would generate 3.45 megawatts of power which would be enough to power 7,000 homes. The power would be supplied through a cable buried beneath the lake bed to a substation that would be built next to Cleveland Public Power's existing substation off the shoreway just east of Burke Lakefront Airport

A public hearing will be held on the plan Thursday July 19 at 6 p.m. in the chambers of Cleveland City Hall.

The meeting comes just a few weeks after the Ohio Power Siting Board gave the project a green light, one of many regulatory hurdles, provided they meet certain guidelines set for the protection of migrating bird and bat populations including the installation of radar monitoring systems that would be used to determine the nocturnal migration and feeding of birds and bats as well as determing peak times of activity.

In addition, the turbines won't be active from dusk until dawn from March 1 through January 1 until LEEDCo has demonstrated that their bird and bat collision monitoring system is sufficient as determined by ODNR.

LEEDCo sees the proposal as an opportunity to position Cleveland at the forefront of this evolving industry.

"Cleveland gets a bad wrap a lot of times with being stuck in the past and not looking forward," said LEEDCo Vice President of Operations David Karpinski. "This is a chance to be really visionary and create the future that we want to have, it's innovative, it's progessive, it changes our reputation, we'll be clearly a leader in this industry. We'll attract and retain the talent that we want. It's just a great thing for the region."

As for plans beyond the initial six windmills?

"You know there is really no number, we have a vision of a large scale industry but really until this happens there are no plans in place for another project," Karpinski said.

Those opposed to the project believe that number would eventually grow to over a thousand said David Strang. Strang is involved with the group Save Our Beautiful Lake that is fighting the project and urging like minded people to voice their displeasure at Thursday's hearing.

"Nobody knows about it, it's been under the radar for a few years," said Strang. "It's our lake, it's our best natural resource, it's going to ruin the view, it's going to compromise our water quality," he said. "Why would the State of Ohio lease our lake."

Karpinski and LEEDCo disagree pointing to the environmental studies that have already been done.

"The lake is a great resource so we start small we kind of prove everything out, we prove the environmental impacts, we've done all of our studies and all of our studies say minimal impact but you know we will prove that out and we'll have the basis to grow from there," Karpinski said.

The project has to gain the approval of 14 different local, state and federal authorites before construction can begin.

"You really can't do too many plans until you have the permits in hand but based on the way things look at this point we're looking at summer of 2021 construction, so most of the construction would happen over the summer and the turbines would be live by the end of 2021," Karpinski said.