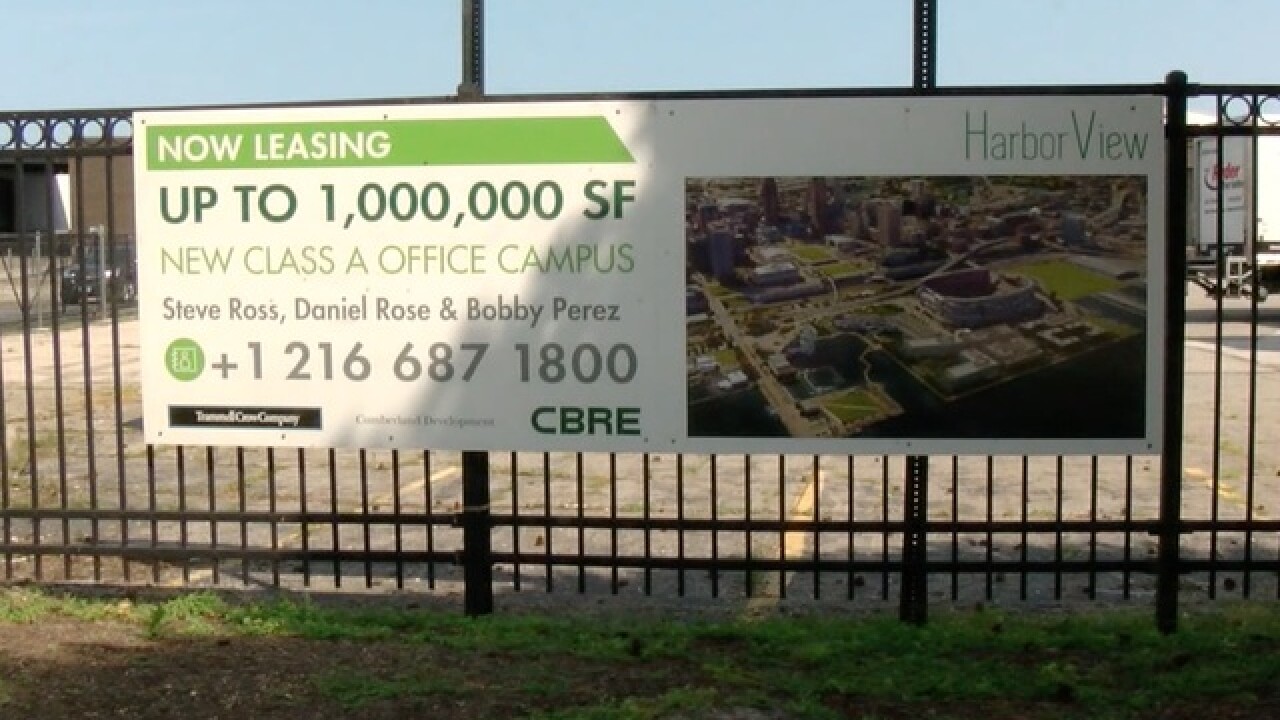 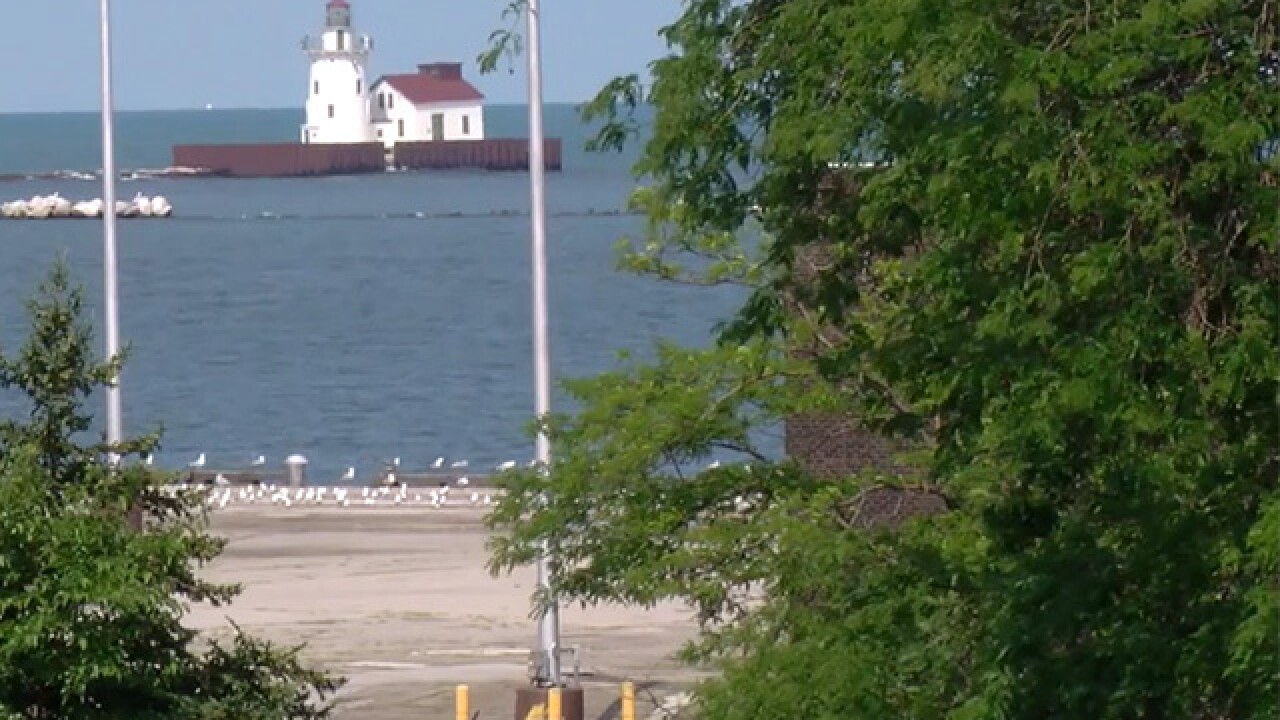 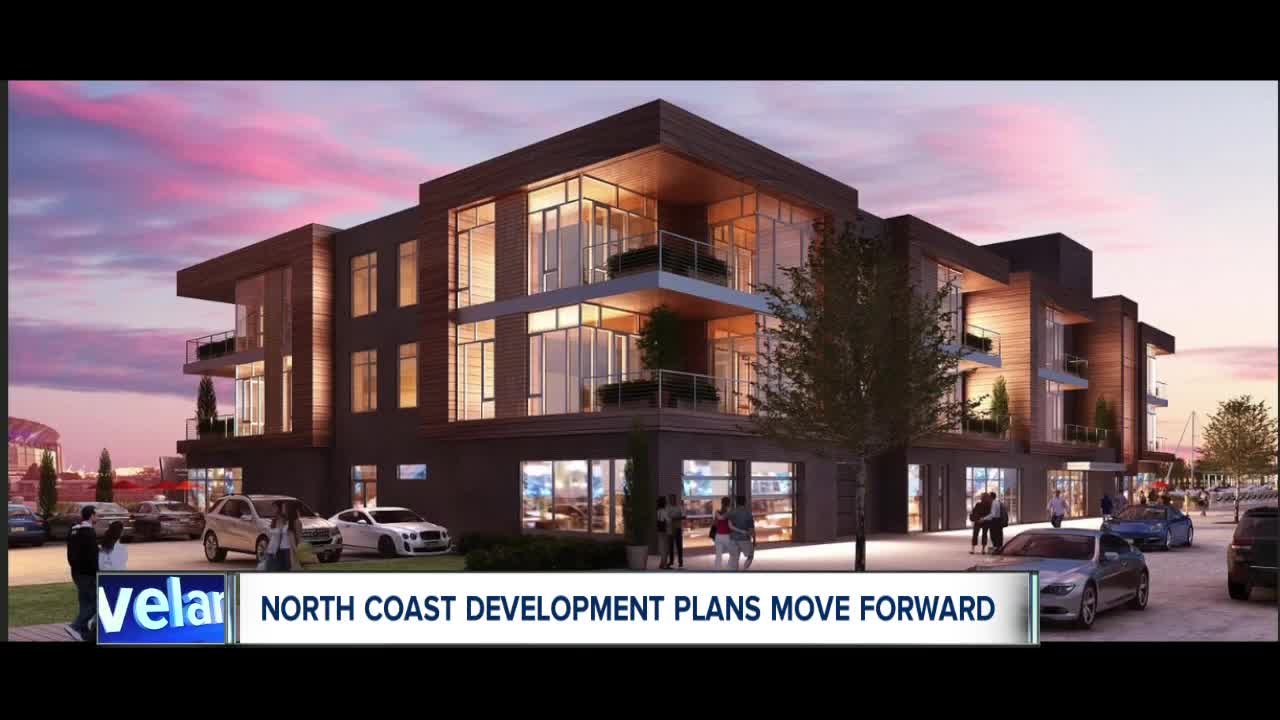 Those visiting the Rock Hall or down to Voinovich Park this summer have enjoyed the sights of summer on the lake and the sound of construction as crews work to finish the new Harbor Verandas project.

"We're hoping to be open by October and have people living on the lakefront for the first time in over a hundred years," said Dick Pace, President of Cumberland Development overseeing this and other North Coast Development projects.

"We started with Nuevo the restaurant out at the end of 9th Street, now we're under construction with this project," said Pace of the Verandas construction which includes 16 two and three bedroom apartments behind the Rock Hall on the upper two floors with business and retail on the first.

"We are getting people leasing up," Pace said. "We've got four of them leased, another four reserved so we're halfway there," he said of the units that range from $3,000 to just over $4,000 a month. All units coming with verandas offering views of the lake or Rock Hall and city beyond.

Pace said they also hope to announce plans by the end of the summer for a new project that will be located between the Rock Hall and the Science Center along the waterfront.

Those attending Cleveland Browns games at FirstEnergy Stadium will notice signs on the fence along the old Port Authority docks for what will be the biggest of the four north coast projects, what's being called Harbor View slated for the 18-acre site.

"It's mixed-use, a large residential component and also a large corporate component. We have a couple of corporate tenants that are local and a couple that are national tenants that we're trying to attract," Pace said of the project that is still a couple of years down the road.

"It's just great to be part of a legacy project like this," Pace said.