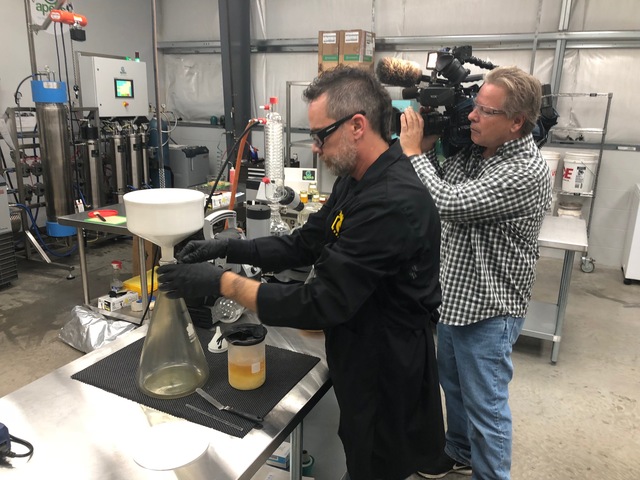 Joel Hatfield works in Ohio Grown Therapies' lab on the day the company broke ground on a facility next door.

"Prior to cannabis legalization in Ohio, there was really only a handful of people living here in Ohio who actually had experience in the cannabis industry," said Ohio Grown Therapies C.E.O. Andy Joseph.

Joseph happened to be one of them.

His company, Apeks Supercritical, is in Johnstown, Ohio and builds the machinery that processors in other states use to extract oils from marijuana. Because marijuana in any form was still illegal in Ohio, the company had to use beer hops to test their equipment. 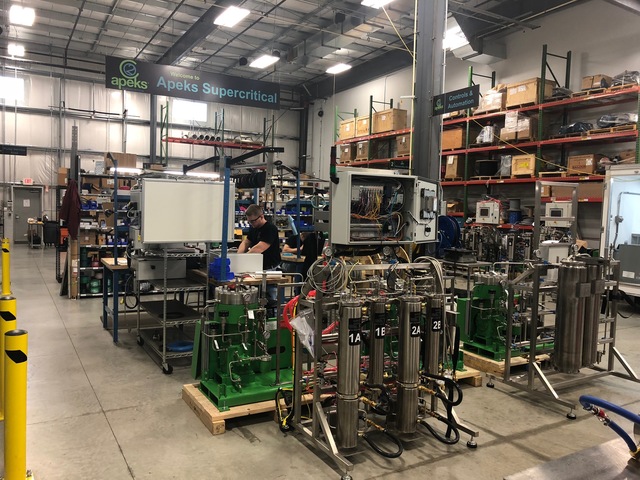 Apeks Supercritical's products are assembled and tested at their facility in Johnstown.

"Yes, we serve the cannabis industry but we didn't have weed growing in my backyard or anything like that, but that was the perception," said Joseph. "That's what a lot of people thought that we did."

Joseph says he spent a lot of time educating the community about the work he was doing and what the medical marijuana industry did overall.

When he applied to be a processor and dispensary under the name Ohio Grown Therapies, the community was ready to back him.

But Ohio Grown Therapies is unusual. Many other companies leading Ohio's medical marijuana program had limited or no experience in the industry before, meaning they had to hire employees who do.

"I've gone through the growing pains of learning and hitting those walls and, 'What do I do next," said Grow Ohio Director of Cultivation Nick Cline.

Grow Ohio sits near the main road just outside Zanesville.

Cline is in charge of growing marijuana at the cultivator Grow Ohio. But Cline is from Massachusetts and grew marijuana in both Michigan and Colorado before coming to the Buckeye State.

"Having those experts with real first-hand experience coming out of other markets, it's instrumental to what we're doing here," said Grow Ohio General Manager Anthony Cieslak.