Vice-presidential candidate Kamala Harris will travel to Cleveland on Saturday 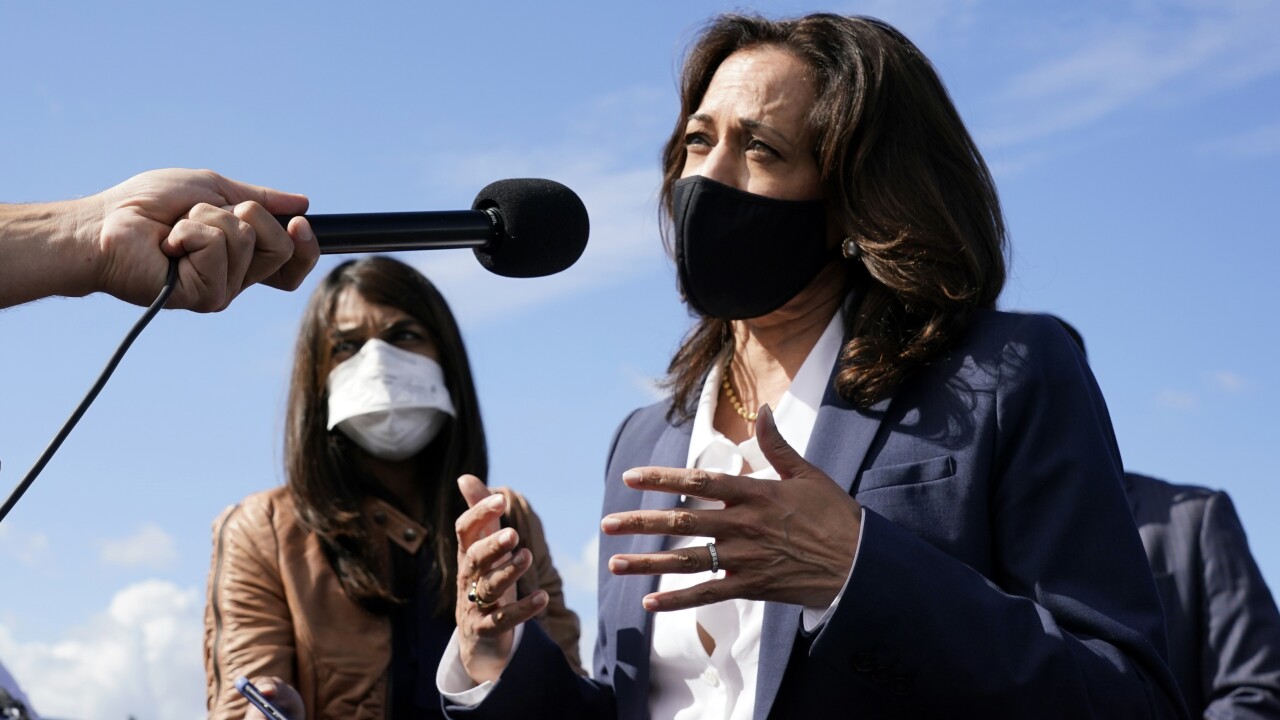 CLEVELAND — Democratic vice-presidential candidate Kamala Harris will travel to Cleveland on Saturday, according to a release from the Biden-Harris campaign.

Details of her visit were not immediately announced.

Democratic presidential nominee Joe Biden was in Cleveland, along with President Donald Trump, for the first presidential debate on Sept. 29. The following day after the debate, Biden completed a train tour in Ohio.