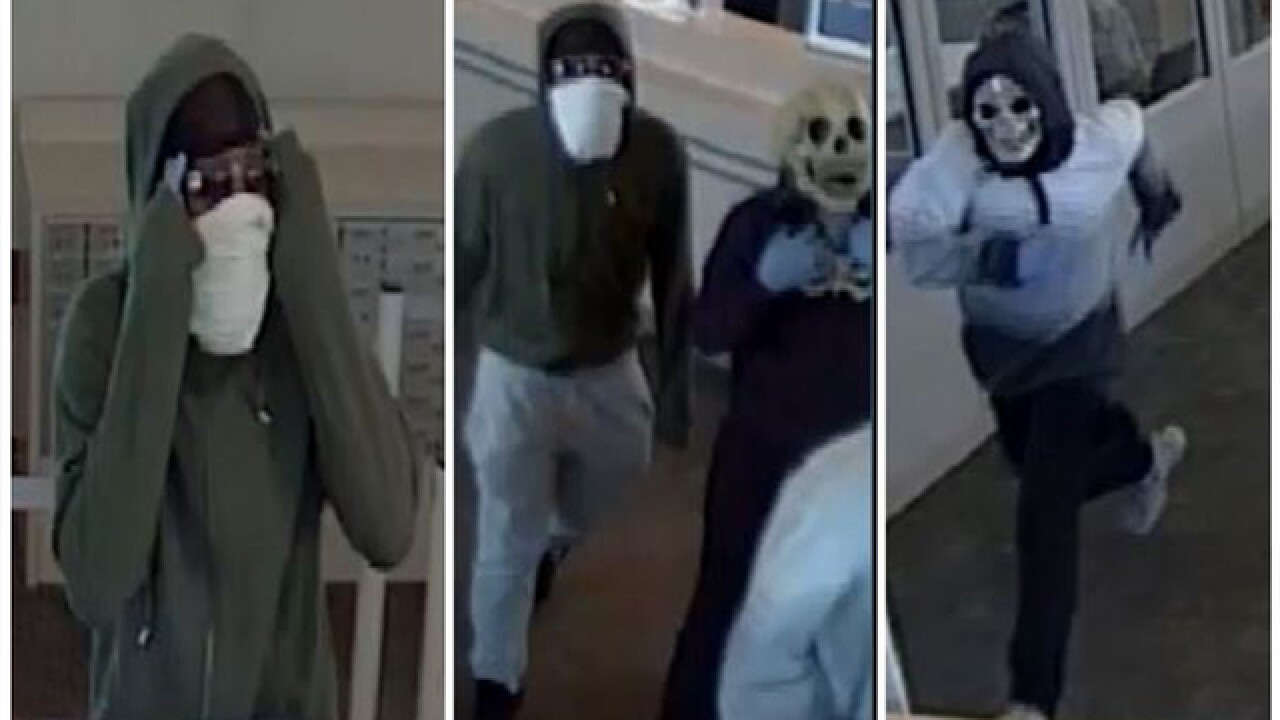 Copyright 2018 Scripps Media, Inc. All rights reserved. This material may not be published, broadcast, rewritten, or redistributed.
<p>Photo courtesy of Akron Police Department.</p>

A $10,000 reward is being offered for information leading to the arrest of three men who robbed an Akron Bank Friday morning wearing Halloween costumes.

All three individuals are described as black males. Each was wearing something different to conceal their identity. The first male was wearing a dark colored hoodie, white pants, sunglasses and a white bandana.

The second person was wearing dark pants, a dark hoodie with a white shirt on top and a skeleton mask.

The third person had on dark clothes and was also wearing a skeleton mask.

Authorities said the three men went into the bank and demanded money from the clerks. They fled with an undisclosed amount of money. No weapon was seen during the robbery.