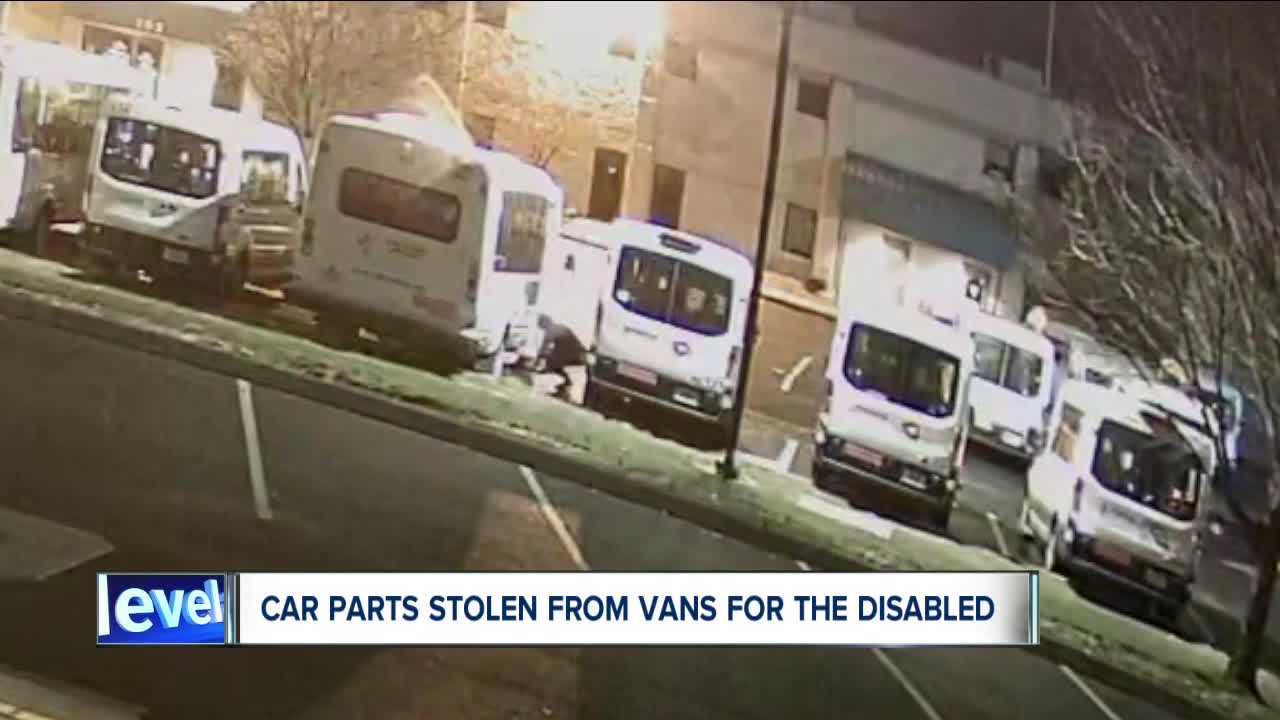 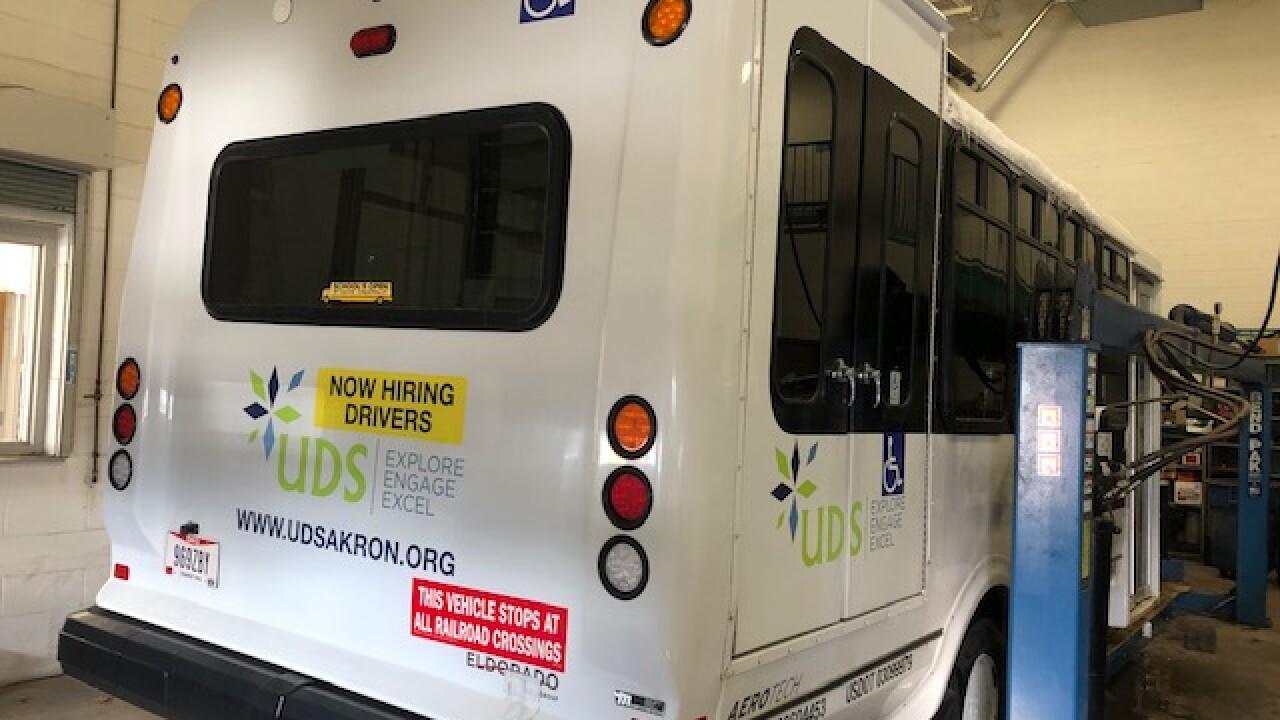 Early Sunday morning, 13 converters were cut from the buses. Last week, five of them were stolen from the same lot on South Main Street.

The vandalism caused the vehicles to make loud, roaring sounds since the exhaust systems are no longer working properly. The crimes have been frustrating and costly for the nonprofit.

"We're out more than $5,000 on the vehicle repairs, but it's costing us a lot of other expenses too as well as lost revenue when we aren't serving people," said Brian Thomas, president and CEO of UDS.

On Tuesday, the agency was forced to suspend transportation for day services in Kent and Twinsburg. Thomas said up to 80 people-- most with physical or mental disabilities-- are typically driven to those locations daily for various programs.

"It's infuriating. Crime has no conscious, but these people don't realize or really care that they're affecting people's daily lives," Thomas said.

Akron police are continuing to review surveillance from a nearby McDonald's, including one video that shows a thief in dark clothing go under a bus and slide a converter out to a second crook.

Sgt. Mike Joyner from the auto theft unit said about 50 converters have been stolen in Akron area over the pat two weeks.

"This could be an organized group that's profiting from this. It could have been people that are drug dependent, using this as a source of income," Joyner said.

Joyner said the group may be taking the stolen car parts-- possibly one at a time-- to scrapyards to sell.

"Speaking with people in the business, $200 to $400 for the big ones, which is the ones we're most concerned about right now," Joyner said.

Joyner said under Ohio law, scrapyards keep records of transactions for one year after a purchase. The officer added scrapyards are also required to take a picture of the seller, make a copy of his or her driver's license and note the license plate.

He said at this point in the investigation, he has no reason to believe local scrapyards are knowingly buying hot converters.

"We had at least one place contact us proactively and say we want to be part of the solution rather than the problem."

Thomas said UDS continues to shuffle available vehicles to transport approximately 700 people who rely on the agency for rides. Transportation to the Kent location is expected to resume on Wednesday.

In the meantime, Thomas said extra safety measures have been taken, including hiring security guards to work at night. UDS is also planning to put up a security fence and enhance their surveillance system.

"The vehicles will not be left unattended," Thomas said.

RELATED: Catalytic converters stolen from disability buses, other vehicles in a rash of similar Akron crimes