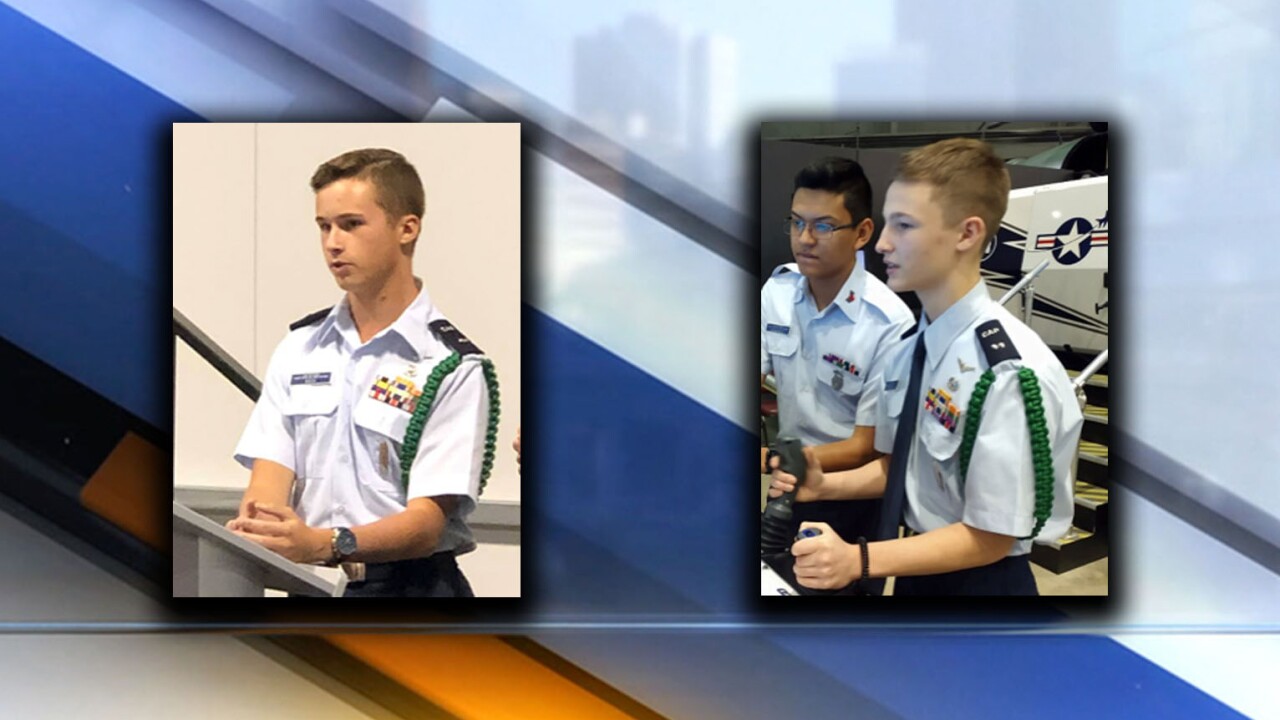 Civil Air Patrol cadets Christian Hoch and Harrison Traylor, members of the Akron Canton Composite Squadron, were presented the Amelia Earhart Award and promoted to the rank of cadet captain.

Hoch, a junior at Lake High School, was accepted into the National Falcon Flight Academy in New Jersey last summer where he earned his solo wings. He’s a member of the varsity swim team and the marching band.

Traylor, a junior at Jackson High School, is the Committee Chair of Cadet Advisory Council and earned his pre-solo wings from Glider Academy with plans to earn his solo wings in the summer. He is also a Star Rank in the Boy Scouts and is on his way to earning his Life Rank.

Both Traylor and Hoch have set goals to earn their private pilots licenses and become officers and pilots in the U.S. Air Force.

Traylor will be presented an Achievement Award by Jackson Township on Tuesday, March 10.

Both teens are now part of the five percent of Civil Air Patrol cadets nationwide to obtain the Amelia Earhart Award and will be challenged to lead and serve junior-ranking cadets not just in their local squadron, but in the whole state of Ohio.