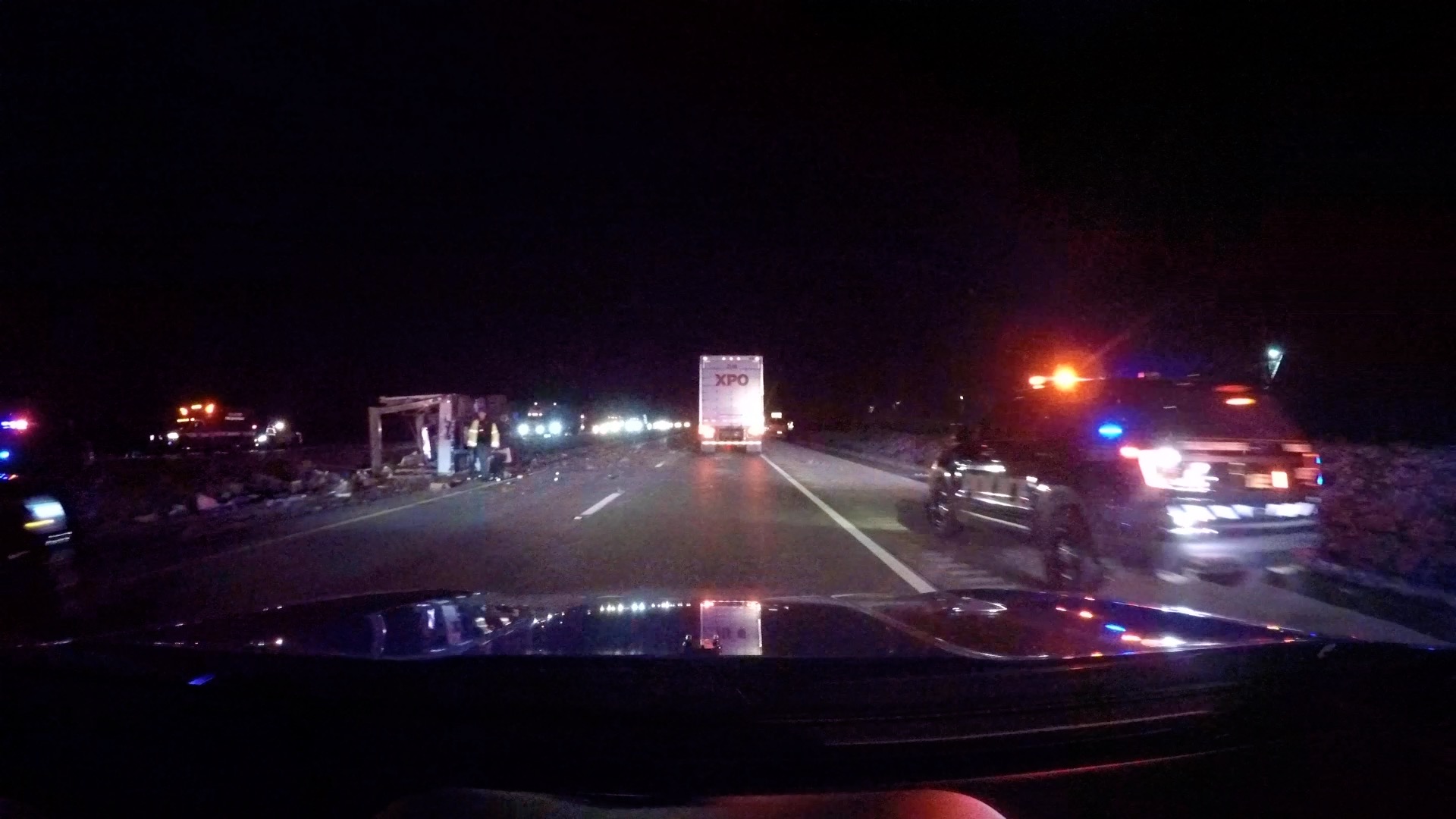 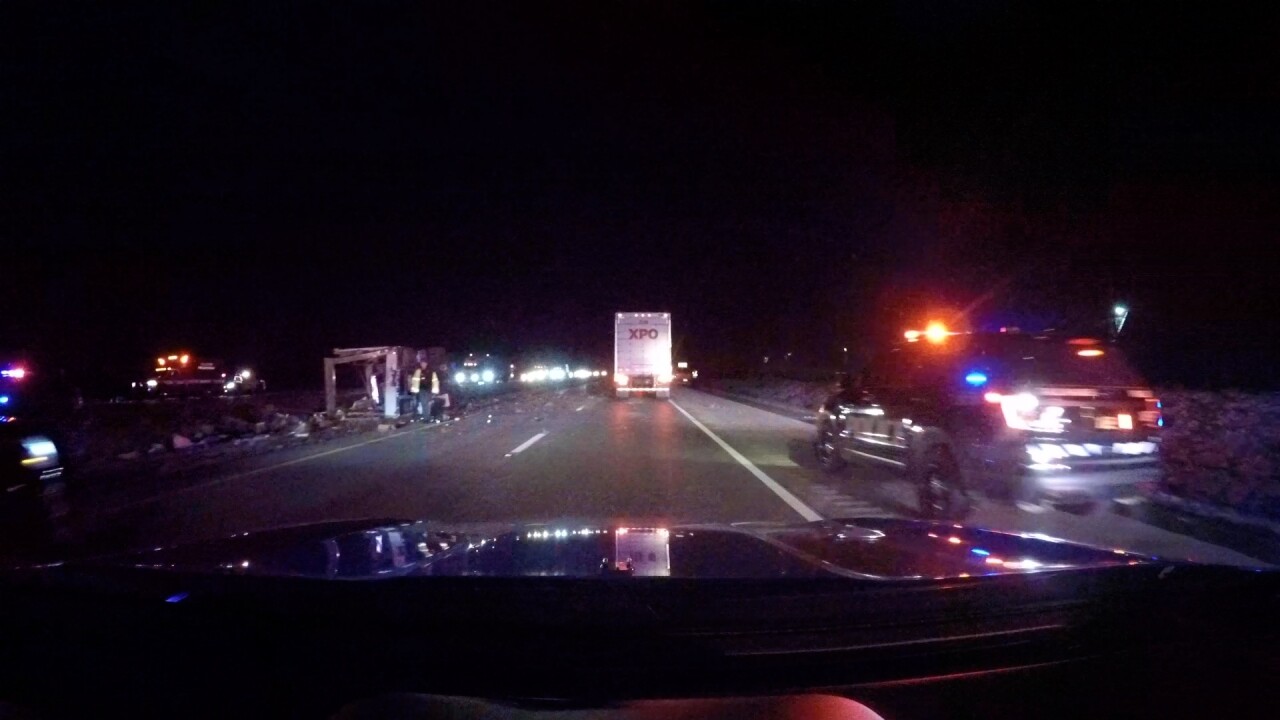 The crash happened at around 10:39 p.m. on Interstate 76 westbound, near milepost 27 in Tallmadge.

State troopers said a Jeep and a commercial truck were traveling westbound on I-76, when the truck hit the rear of the Jeep, causing the truck to travel off the left side of the roadway, before it overturned in the median.

Debris from the crash struck a passing Chevy Silverado traveling eastbound on I-76.

The driver of the Jeep, identified as a 62-year-old woman from Massillon, sustained serious injuries and was taken to Summa Akron City Hospital.

The driver of the commercial truck, identified as a 38-year-old man from Columbus, also sustained injuries and was taken to Summa Akron City Hospital, where his condition is currently unknown at this time.

The driver of the Chevy was not injured in the crash.

Troopers said alcohol is not suspected as a contributing factor in the crash.