Born premature, Brantley’s first Halloween costume — Carl from ‘Up’ — is an inspiration 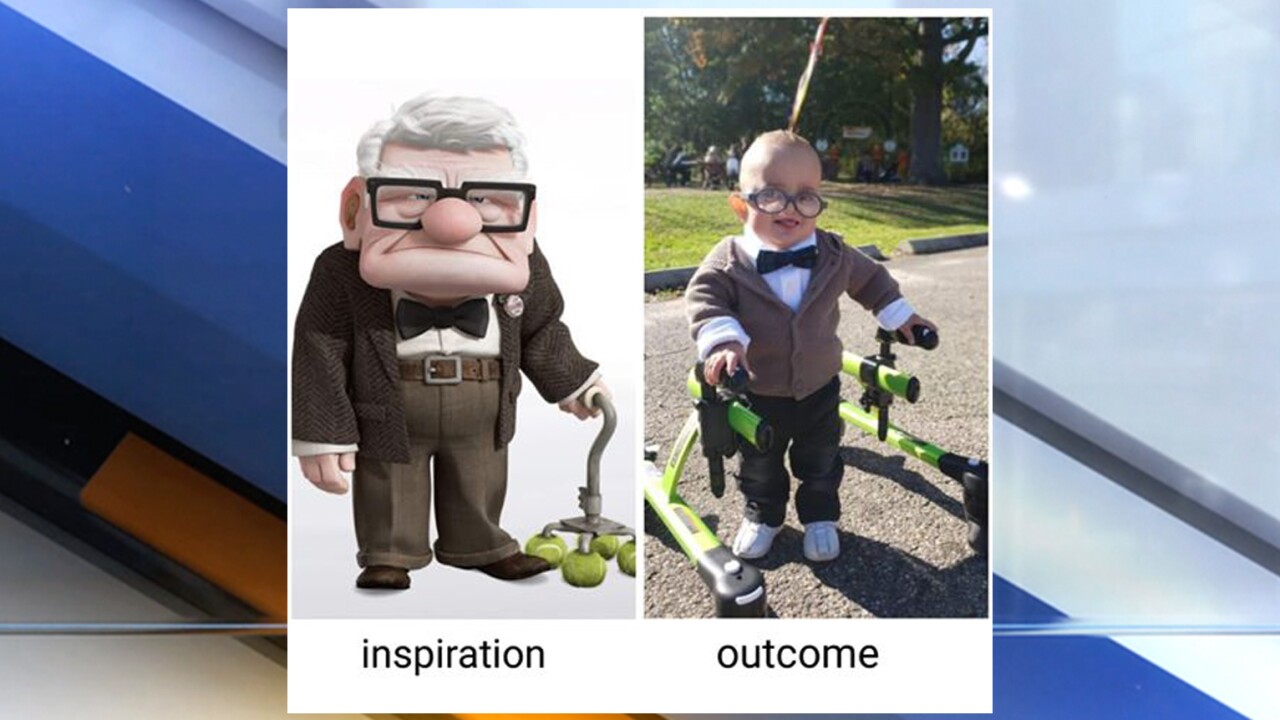 Steve and Brittany Morse
2.5-year-old Brantley Morse rocking his costume of Carl from the movie &quot;Up.&quot; 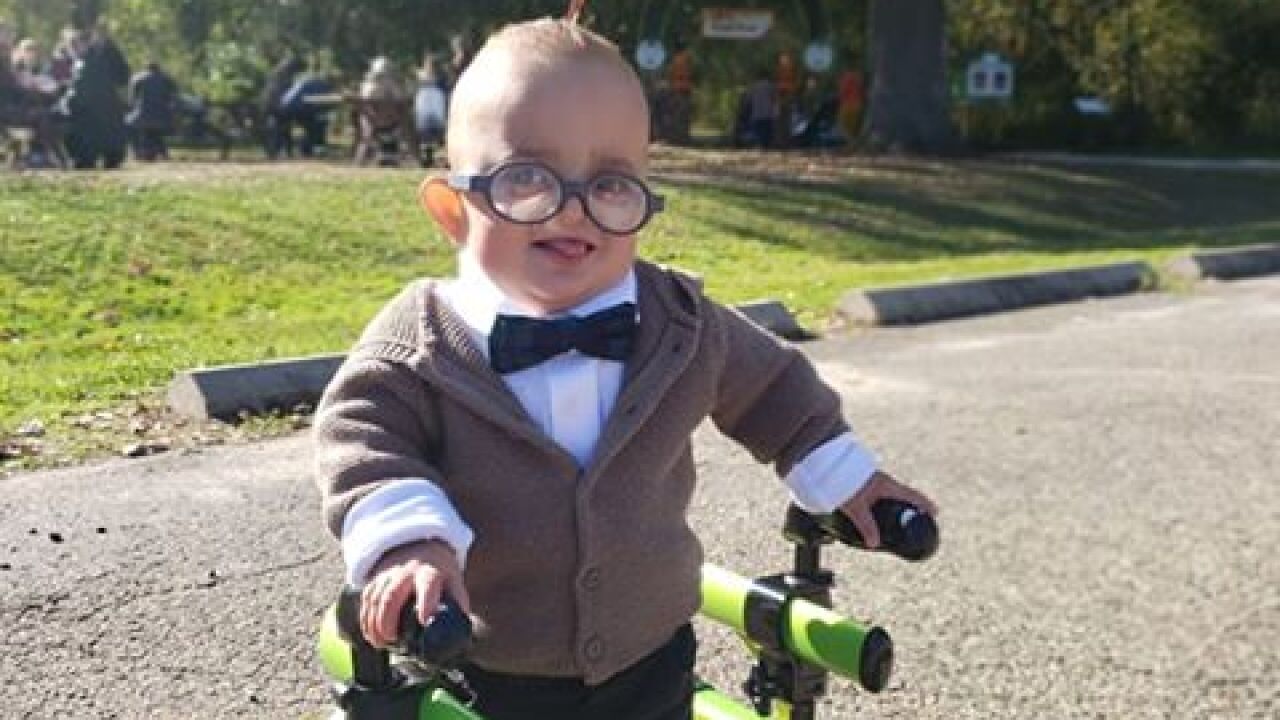 CANTON, Ohio — A local Canton couple is gaining attention and sending hope to other parents with their son’s Halloween costume. But what makes this costume special is the person wearing it— 2-and-a-half-year-old Brantley Morse. Born four months early, weighing 1 pound, 11 ounces, Brantley has already endured more hardships than most people do in their lifetime.

His parents, Steve and Brittany Morse, make each day count by celebrating every moment and holiday, and the opportunity to celebrate his first Halloween was no different.

“It’s his first time dressing up for Halloween and I was already nervous to take him out. We wanted to find a costume that rocked his medical equipment and could inspire people at the same time,” said Brittany Morse.

A call for ideas went out on Facebook and among the comments was the elderly widower named Carl Fredricksen from Disney/Pixar's "Up."

“That’s it! That perfect,” Brittany said, recalling the "ah ha" moment. “He has the glasses and hair and we can use his walker.”

After spending four to five hours going from one store to another to find the small bow tie and cardigan, the costume was complete.

His mother said by looking at him with his contagious smile, you would never know such a sweet boy has went through more than most adults.

Brantley is the definition of a miracle.

“We thought we were going to lose him many times,” Brittany said. “He wasn’t supposed to be here.”

Brantley, who was born with cerebral palsy and Stage 3 kidney disease, also deals with chronic lung disease, which often leads to respiratory issues, particularly it the winter.

Over the last two and a half years years, the Morse family has had more than their share of trials and tribulations.

On top of the doctor appointments and therapy sessions, with some as often as three days a week, Brittany and Steve do their best to stay positive and keep it together while raising their other two children, 8-year-old Maddie and 10-year-old Jacob, with another one—a girl—expected next month.

“Well it’s not easy. We have an amazing support system between our family and the nurses. Brantley wasn’t supposed to survive birth. Last year, he ended up in the intensive care unit with a collapsed lung and pneumonia,” Brittany said.

Dealing with the uncertainty and struggles that come with being a parent of a child with a medical condition, the Morse family remains positive and tries to spread that positivity to other parents who are in a similar situation, whether that’s childhood cancer or autism.

Brittany even admits “finding the positive” is easier said than done, but when it comes down to it, that’s what gets her through.

Time can put things into perspective, and it all boils down to the beginning of their and Brantley’s journey.

At the time when 2-week-old Brantley had a 50% chance of surviving, Brittany and Steve were struggling to make ends meet with the mounting medical bills and day-to-day costs. On top of dealing with their son’s serious health issues, Steve lost his job.

“There were months we had no income because I was by Brantley’s side every minute of every day. Some months we didn’t even make a house payment or our electric bill. Those are the times we think about when he gets a new diagnosis or a new surgery. We remember those hardships to get through the new ones,” Brittany said.

A lesson and message for others

Brittany says while out in public she catches stares from children and parents, and to them, she has a simple message.

"They're people in this world who don't walk like you, who don't eat like you, and who don't talk like or communicate like you. Talk to you kids. It's okay to ask questions," she said.

Because he is non-verbal and uses a feeding tube to eat, which often happens in public, Brittany says when she does have the opportunity to open the dialogue with a child or another adult, she loves it.

"Kids are usually so open and so curious so I usually will introduce Brantley to them, explaining how he eats," she says.

She admits that her family has received negative comments from people making fun of him while out in public, and when that happens, they try to come up with a healthy response.

"There will be kids that are different than you. That's okay. That doesn't make them weird or funny, but just different."