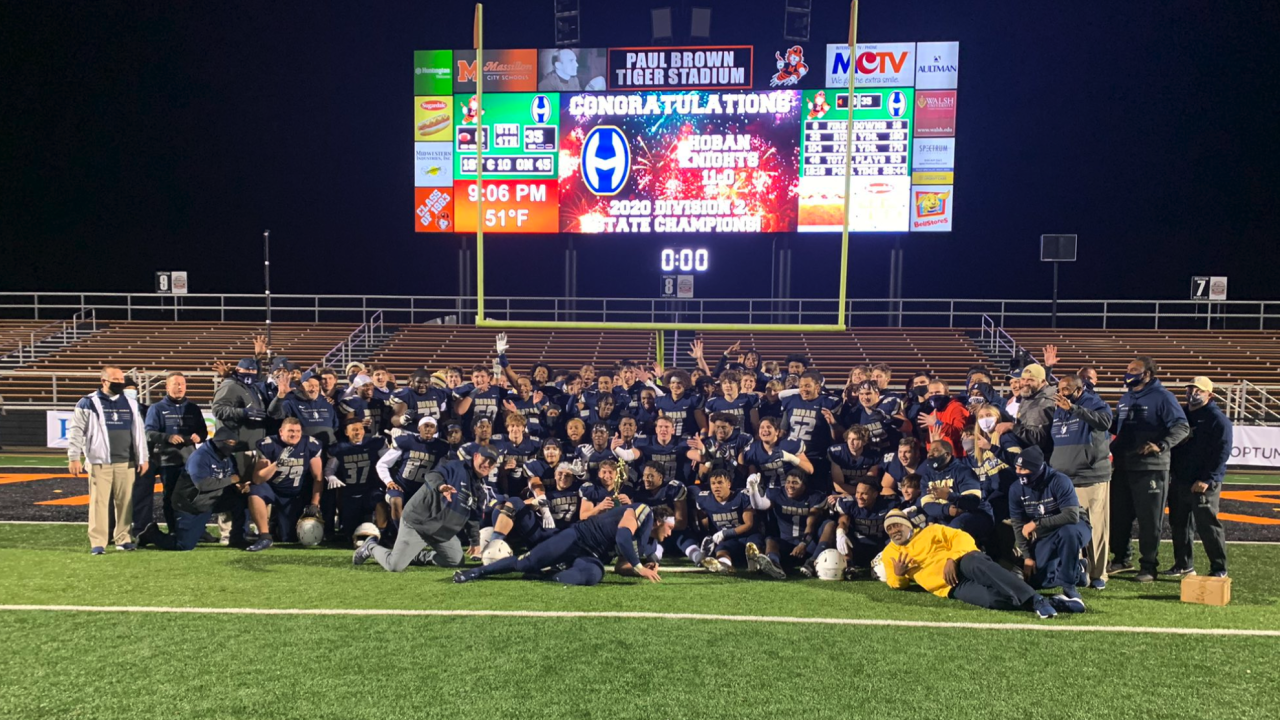 The Knights took down the Tigers 35-6 at Paul Brown Tiger Stadium, ending the season 11-0.

Hoban took an early lead after senior quarterback Shane Hamm carried the ball into the end zone after a big opening drive.

The Knights scored twice in the first quarter after Hamm found senior Kharion Davis to put them up 14-0, with both extra points made by junior Charles Durkin.

Massillon found the end zone just before the end of the first half with a 16-yard touchdown pass from senior quarterback Zach Catrone to senior Caiden Woullard, but the extra point attempt to follow was no good, sending the Tigers into the second half down 14-6

Hoban extended their lead in the third quarter to 21-6 with a touchdown pass from Hamm to senior Victor Dawson and another successful extra point. Hamm connected with junior Tyson Grimm for another touchdown in the fourth quarter, putting the Knights up 28-6.

The Knights scored one more time with just over three minutes left in the game on a pass across the middle to senior Chances Carter Hill, putting Hoban up 35-6.

Hoban was the scheduled home team in the Division II state championship, but agreed to play on Massillon’s field after OHSAA moved the remaining championship games from Columbus to Paul Brown Tiger Stadium due to Franklin County’s health advisory.